Manatee impacted by red tide getting 'life-saving care' at ZooTampa

It's been a record-breaking year for manatee deaths in Florida, and red tide seems to be making things worse for the mammal. 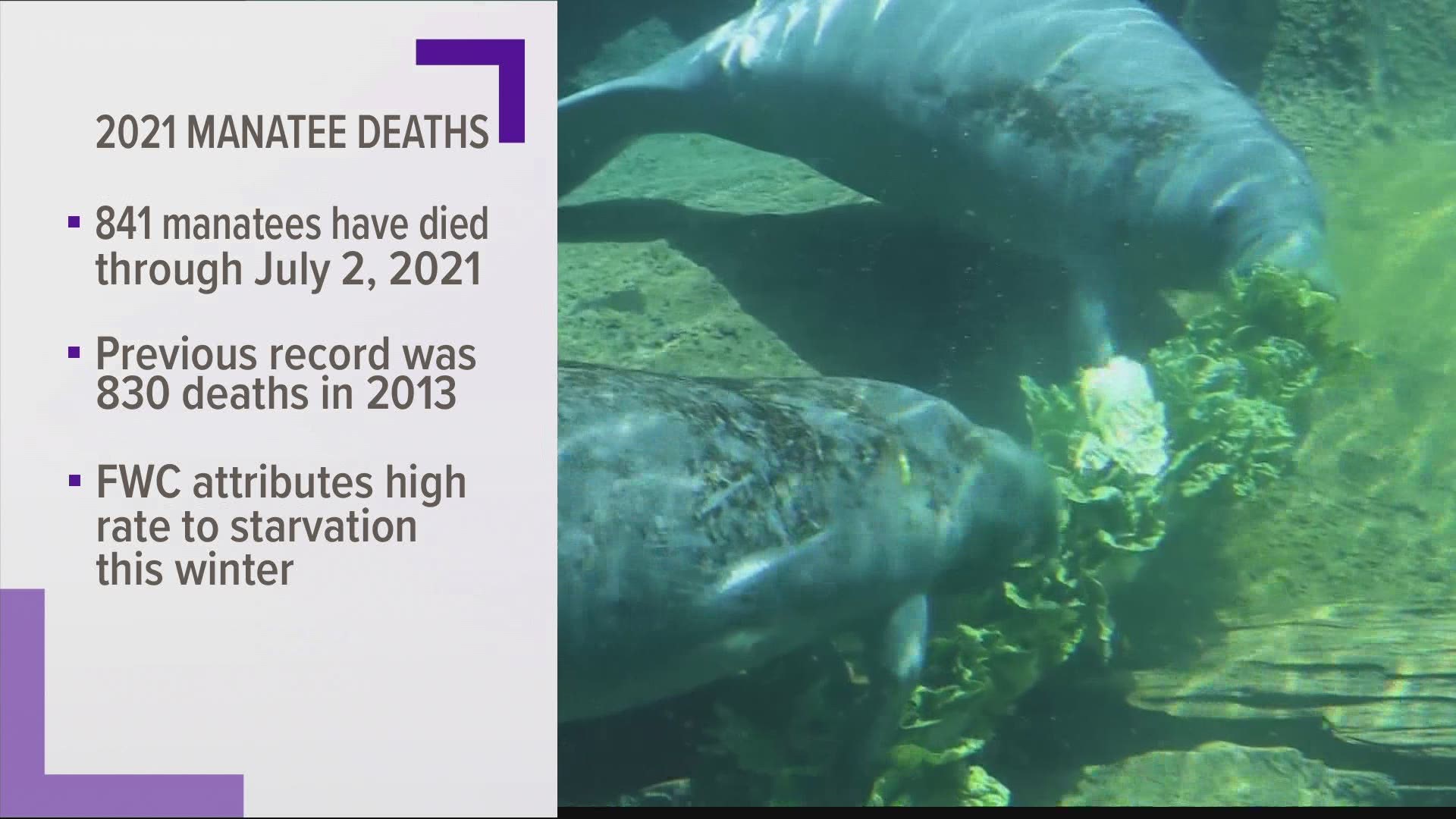 TAMPA, Fla. — Editor's Note: The video in the player above shows the status of manatee mortality during early July.

ZooTampa said on Monday it was able to rescue a Florida Manatee from the harmful algae bloom and is giving it the "life-saving care" it needs.

The manatee was found near Sarasota by the Florida Fish and Wildlife Conservation Commission, the zoo said. It's the 23rd manatee treated this year at the David A. Straz, Jr. Critical Care Center.

Medical health professionals will monitor the manatee for 24 hours with assisted respiration. Red tide, also known as Karenia Brevis, is a neurotoxin that impacts the nervous system. When eaten by manatees, the algae can cause seizures and paralysis leading to possibly drowning.

It's been a record-breaking year for manatee deaths in Florida, and red tide seems to be making things worse for the sea cows.

As of July 23, 881 manatees have been reported dead in Florida. That number is more than the 2020 and 2019's combined totals and more than each of the last six years.

As of Monday, workers in Pinellas County have removed 1,751 tons of dead sea life caused by red tide. That's more than 3.5 million pounds.