Not only is the new calf adorable, but it is helping its species make strides. 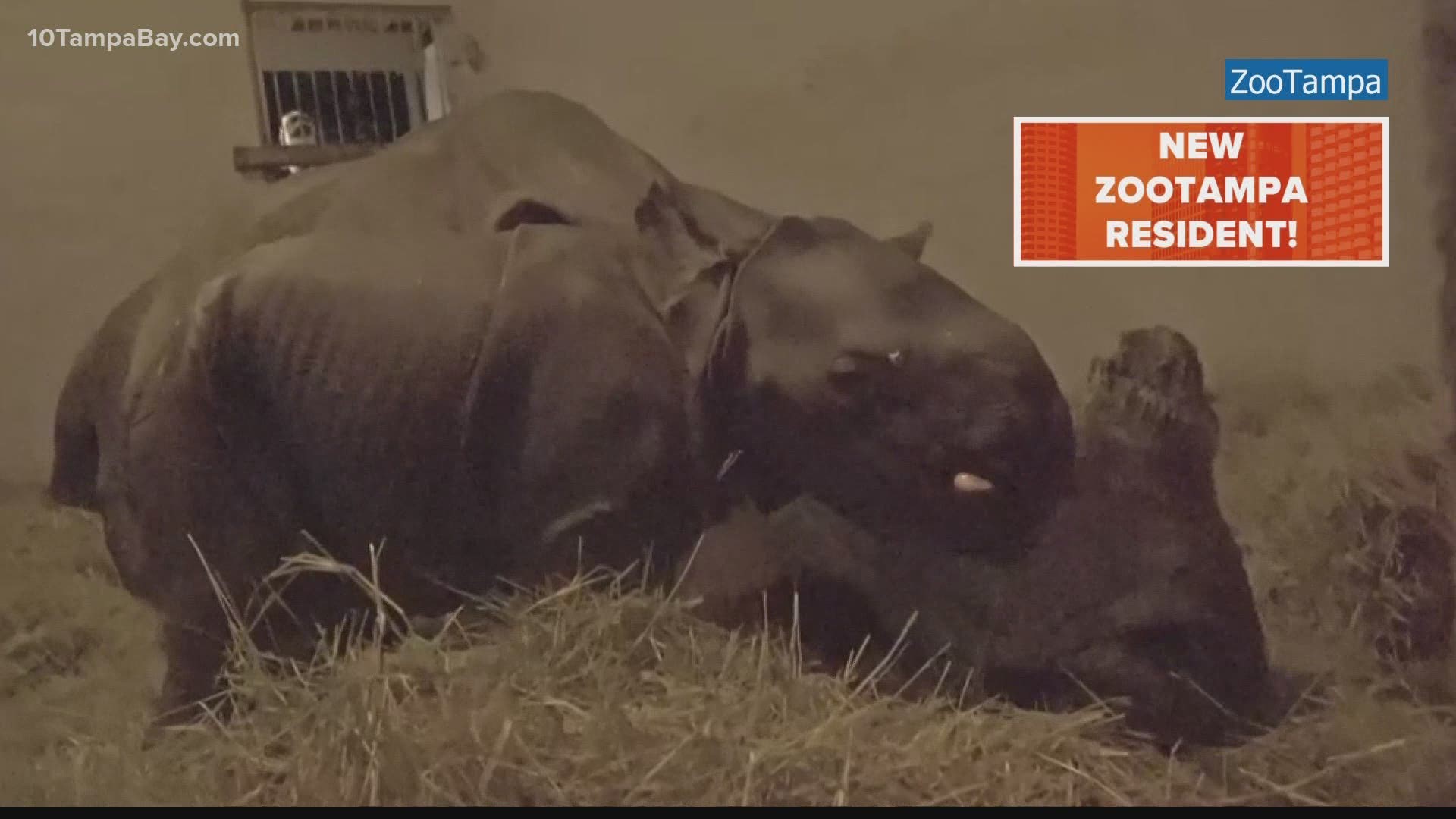 The male calf is the fourth for mom, Jaime, and the first for dad, Johnny, helping expand the "crash" -- or a group of rhinos.

ZooTampa reports the calf is doing well and hitting all its important milestones like standing, nursing and bonding with his mom.

"Jamie and Johnny have had their new calf born on Saturday night and is as cute as can be," the Zoo wrote on Facebook.

The newborn is not only adorable but, more importantly, carries a lot of weight for the Species Survival Plan and future conservation of this "vulnerable species."

Indian rhinos, also known as the greater one-horned rhino, were nearly pushed to extinction by the start of the 20th century, according to the World Wildlife Fund. The species' biggest threats include sport hunting and their sought after horn for believed medicinal purposes or use in making goods in some areas.

Populations are said to now stand around 3,700 in northeastern India and the Terai grasslands of Nepal.

Jamie and Johnny have had their new calf born on Saturday night and is a cute as can be! This will be Jamie's fourth calf and Johnny's first making this newborn incredibly important to the Species Survival Plan and future conservation to this vulnerable species. #zootampa #tampa pic.twitter.com/t2YfXw1951