"SportsCenter" anchor Elle Duncan said she only met Bryant once, but what he told her that day left a lasting impression. 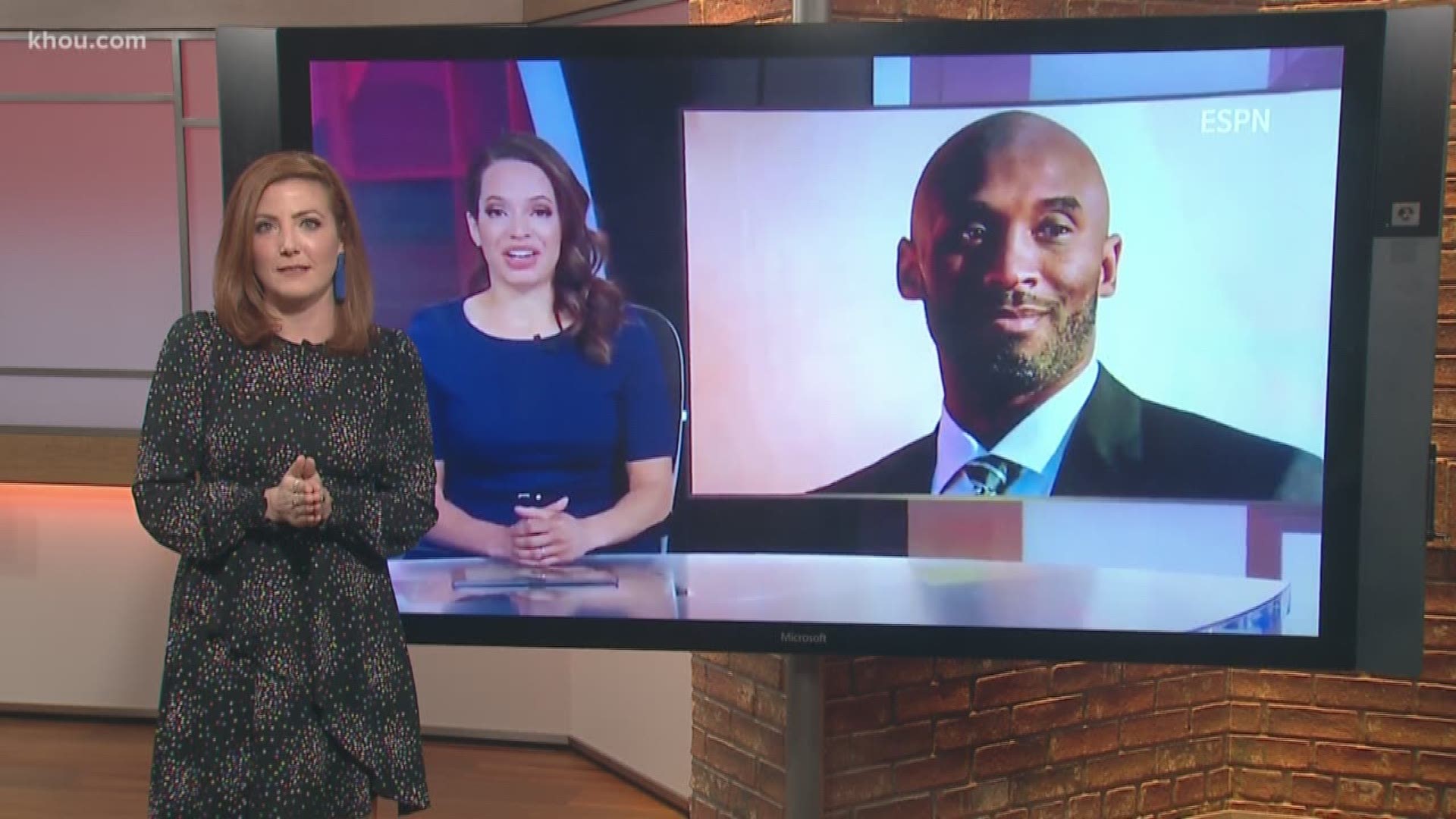 It's tough to think about the loss of Kobe Bryant and his 13-year-old daughter Gigi without tearing up.

It's obvious from the photos of them together that they had a special bond, made stronger by their shared love of basketball.

ESPN's "SportsCenter" anchor Elle Duncan choked up when she told a story about her only encounter with Bryant.

Duncan said she was eight months pregnant with her daughter at the time and she asked for Bryant's advice on raising girls.

"Just be grateful that you've been given that gift," Bryant told her. "Girls are amazing."

The two talked about whether Bryant and his wife Vanessa, who had three daughters at the time, wanted to try for a son.

"I would have five more girls if I could. I'm a girl dad," Bryant said.

Along with Gigi, the couple has three daughters: Natalia, 17;  Bianka, 3, and Capri, just 7 months old.

Friends told People.com that Vanessa is struggling but trying to stay strong for the girls.

“She can’t finish a sentence without crying," a friend told People. "But she is working very hard to pull it together for the other girls. She now has to be the strong one.”

People reports Bryant used helicopters to avoid Southern California's traffic jams, but he and Vanessa made a pact to never fly on them together.  Just in case.

RELATED: All 9 victims in the Kobe Bryant helicopter crash have been identified

RELATED: Husband of coach killed in Kobe Bryant crash: 'I got 3 small kids and no mom'

RELATED: 'Tonight is for Kobe' | Grammys begin with emotional tribute to Kobe Bryant