Video of a woman giving birth on the way to the hospital has been viewed millions of times. 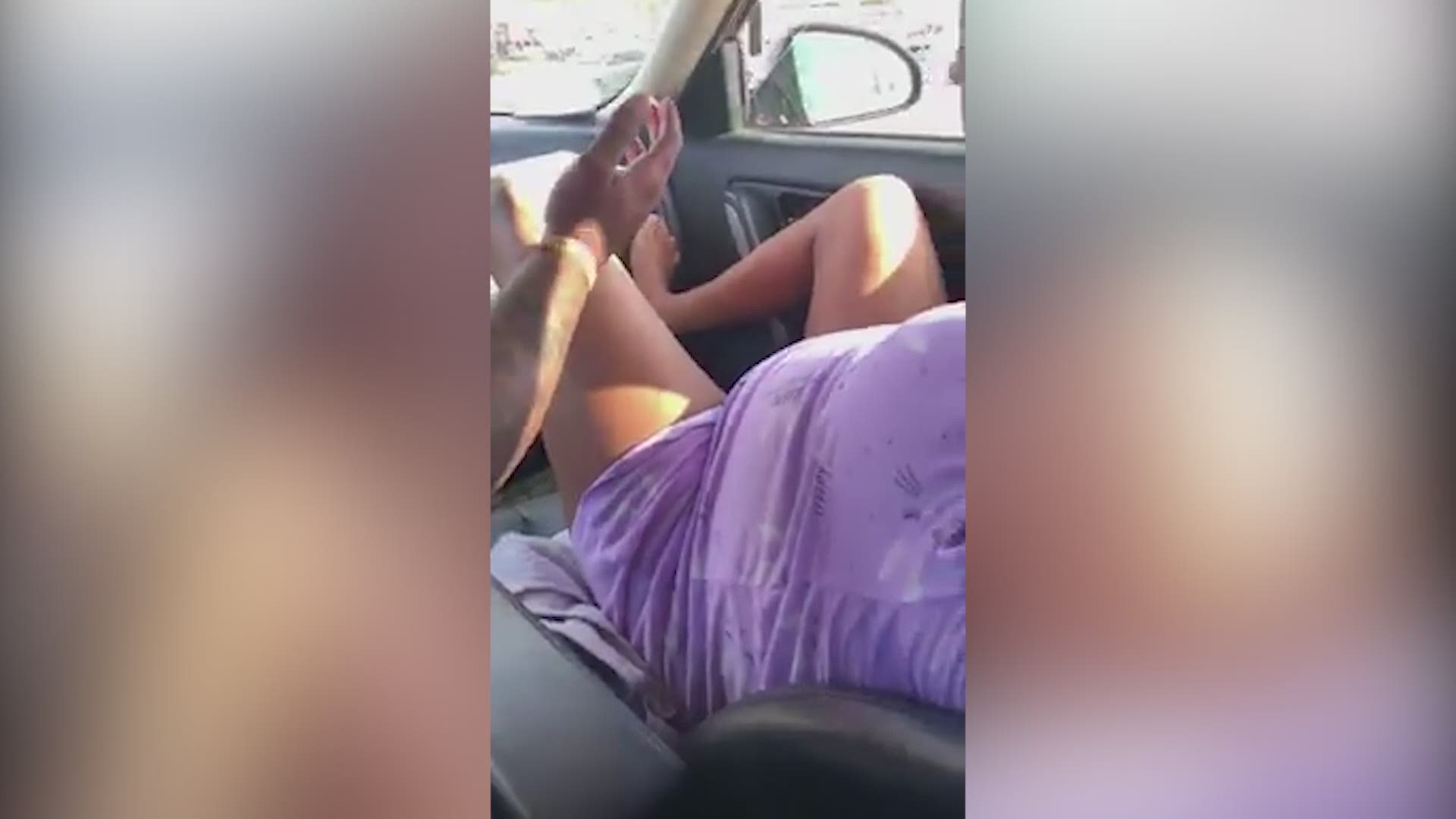 The hashtags pretty much sum up the unforgettable experience Michael Anthony and wife Rudy Napier had over the weekend.

Napier went into labor on the way to the hospital in their hometown of Henderson, Nevada.

While she was screaming in pain, the couple’s children were crying in the back seat because they didn’t understand what was happening.

The baby girl was born before they made it to the hospital.

“I’ve done ALOT of “things” in the front seat of my vehicles… But delivering a baby while driving AND with 3 crying kids in the back seat. Can I get a MVP or something!” Anthony posted on Facebook.

Good job, dad but the real MVP is Napier who pulled her beautiful baby daughter out and held her until they got to the hospital.

"You got a baby sister," a tearful Napier said. "We got a baby. She's so pretty."

And props to big brother Jayden who recorded the whole thing on his cell phone.

“I can only describe yesterday as a BEAUTIFUL nightmare!!” Anthony posted. “Hopefully the video didn’t offend anyone, to be completely honest I only posted it because I thought the commentary was hilarious and my son recorded such a PG-13 angle I was like, “Oh wow I don’t even have to edit anything.”

The video went viral and has been viewed millions of times.

Jolee Lavergne Addison is the fourth child for Anthony and Napier.

Welcome to the world, Jolee and congratulations to the entire family!

Michael Anthony
Our 4th! But feels like our first again💕👼🏽 #youdidthat #warrior #truequeen