A local neuroscientist explains why hot car deaths happen and says it can happen to anyone. 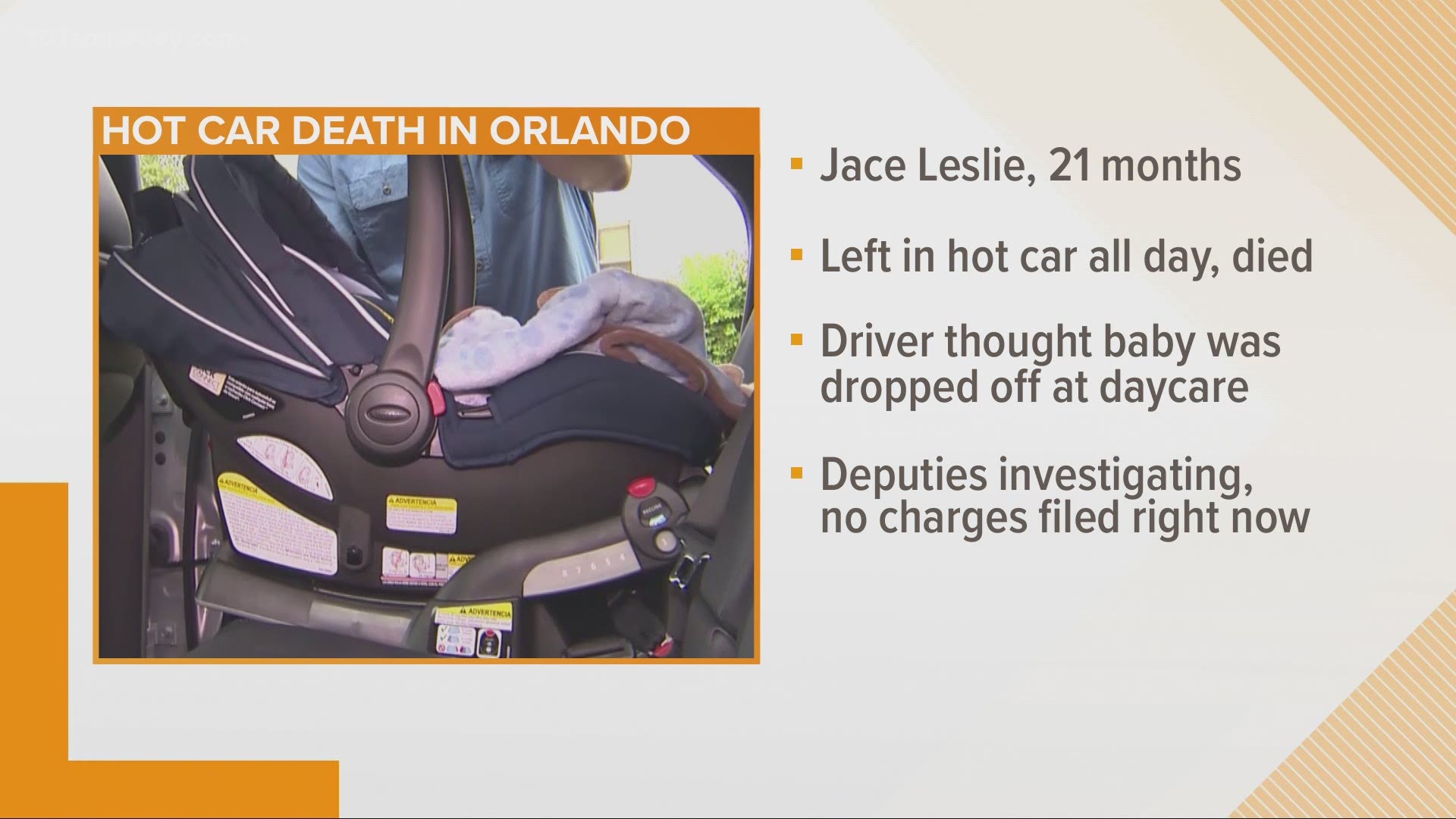 ST. PETERSBURG, Fla. — A 1-year-old was found unresponsive in a hot car Friday in Orlando after deputies say he was left in a rear-facing car seat for several hours.

The Orange County Sheriff's Office says his relative/caregiver was supposed to drop the child off for daycare before heading to work, but that never happened.

While detectives believe his death was a result of being left in the hot car for an extended period of time, a medical examiner will make the final determination.

But, sadly this is not a first, according to KidsandCars.org, a national nonprofit child safety organization, 19 hot car deaths have been reported so far this year.

It’s a parent’s worst nightmare and what makes it worse, is that it's preventable. It’s a reality Wes and Dawn Peabody know too well. Their 2-year-old daughter Maya died after she was mistakenly left in the back of Wes' car outside their Phoenix-area home.

“I didn't know she was in the car until I saw her in the car and that was just, I don't have words for what that was like,” Wes said.

His wife Dawn usually drove their daughter but that day their routine changed. Sidetracked by errands and family in town, it seemed to happen in an instant, even though his daughter was left for hours.

Now Wes and his wife are pushing legislators to require carmakers to install a backseat warning system with hopes to save other children.

Neuroscientist and USF professor Dr. David Diamond is among the many joining their fight.

“Parents of young children are very sleep-deprived, it's part of being a parent and very stressed and those kind of trigger factors will interfere with your ability to stop that routine, remember that your child is in the car and take your child to daycare,” Diamond said.

He says three things can make you lose awareness: sleep deprivation, distraction or a change in routine

Diamond says the brain creates a false memory, making parents think the child is safe. He and others say a warning system may be just what parents need to help wake up their brain before it happens.

Last year automakers agreed to help, promising to equip all US-made cars with technology to remind drivers of passengers in the backseat by the year 2025.

The National Highway Traffic Safety Administration along with the US-DOT are monitoring carmakers' progress of installing those safety alerts.

The US-DOT is also launching awareness campaigns, spending $3 million earlier this summer for what they’re calling Park, Look, Lock. It’s a reminder for drivers to look in their backseat before they lock their cars, with hopes to prevent this from happening again.