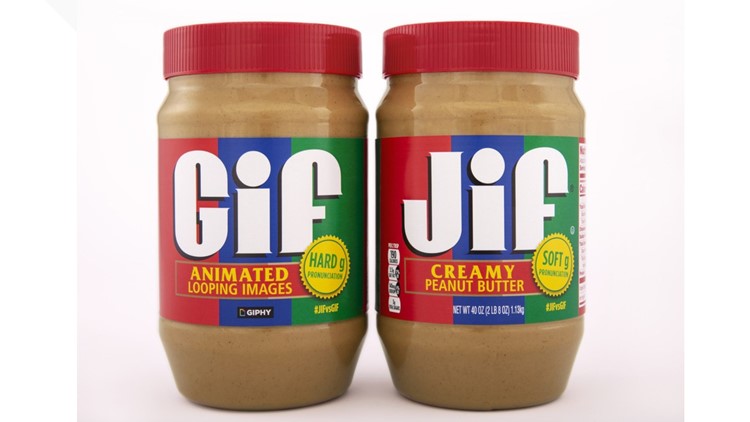 GIF vs. Jif: Peanut butter weighs in on pronunciation debate

The debate has raged for years over the pronunciation of the acronym for Graphics Interchange Format file type.

Even GIF creator Steve Wilhite declared in 2013 that it's pronounced with a soft G. However, that didn't settle the debate, as everyone from celebrities to presidents weighed in.

Now, a peanut butter brand is trying to end the argument once and for all.

On the lid: "If you've ever called a GIF a Jif, we forgive you."

"We're teaming up with GIPHY to put a lid on this decade-long debate and prove there is only one Jif… it's creamy, delicious peanut butter, not a looping picture you can send to make friends and family laugh," Rebecca Scheidler, Vice President, Marketing of Jif, said in a release.

In 2017, to celebrate the GIF's 30th birthday, Facebook made the format available in post comments and created a poll about the GIF's pronunciation.

Former President Barack Obama in 2014 said he pronounces the file type with a hard G. Hillary Clinton even weighed in during the 2016 presidential election, saying GIF with a hard G during a fundraiser.

Wilhite told the New York Times the Oxford English Dictionary's acceptance of both pronunciations was "wrong."