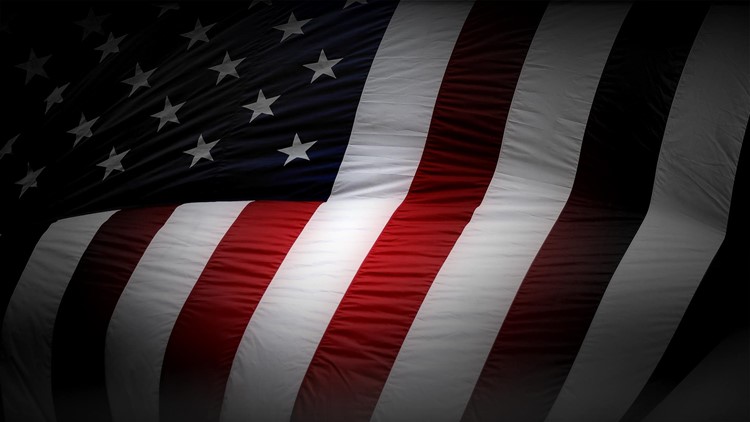 FREEHOLD, N.J. — A delivery truck driver's respect for the American flag is striking patriotic chords across the United States.

Last week, powerful winds whipped New Jersey, causing a man's flag pole to tumble down onto his front yard while he was away at work. As he continued working -- unaware of what happened at home -- he suddenly got a notification from his home security system.

The Ring doorbell camera activated, and he saw the live feed. He could never have predicted what it showed.

As CBS New York reports, when he looked down at the streaming video, he saw a FedEx driver coming up his driveway. It caught him off guard because he wasn't expecting a package.

But, the 32-year-old driver didn't have a delivery. Instead, he bent down and picked up the flag. CBS says the driver, Chris Oslovitch, unhooked the symbol of American freedom from the pole and began to properly fold it -- treating it with the utmost respect.

“When you see something like that you can’t just drive past it and ignore it," Oslovitch explained to CBS New York. "It’s something that just caught my eye, and I had to do something about it. It’s a respectful thing to do. The flag is never supposed to touch ground. If you live in a country like this, you should be proud of where you come from.”

The homeowner posted the video to Facebook, where it has been reshared hundreds of thousands of times. He says he put up the flag pole after the Sept. 11 terror attacks and plans to replace the flag pole soon.

Oslovitch's dad was one of the first law enforcement officers to respond on 9/11. As CBS explains, his father, who has since died of cancer, taught him how to properly fold the American flag. Following in his dad's footsteps, Oslovitch hopes to become a police officer and has already applied for several jobs.