"To be a match was another page in the story, so I was like, 'Wow, we're a match in everything.'" 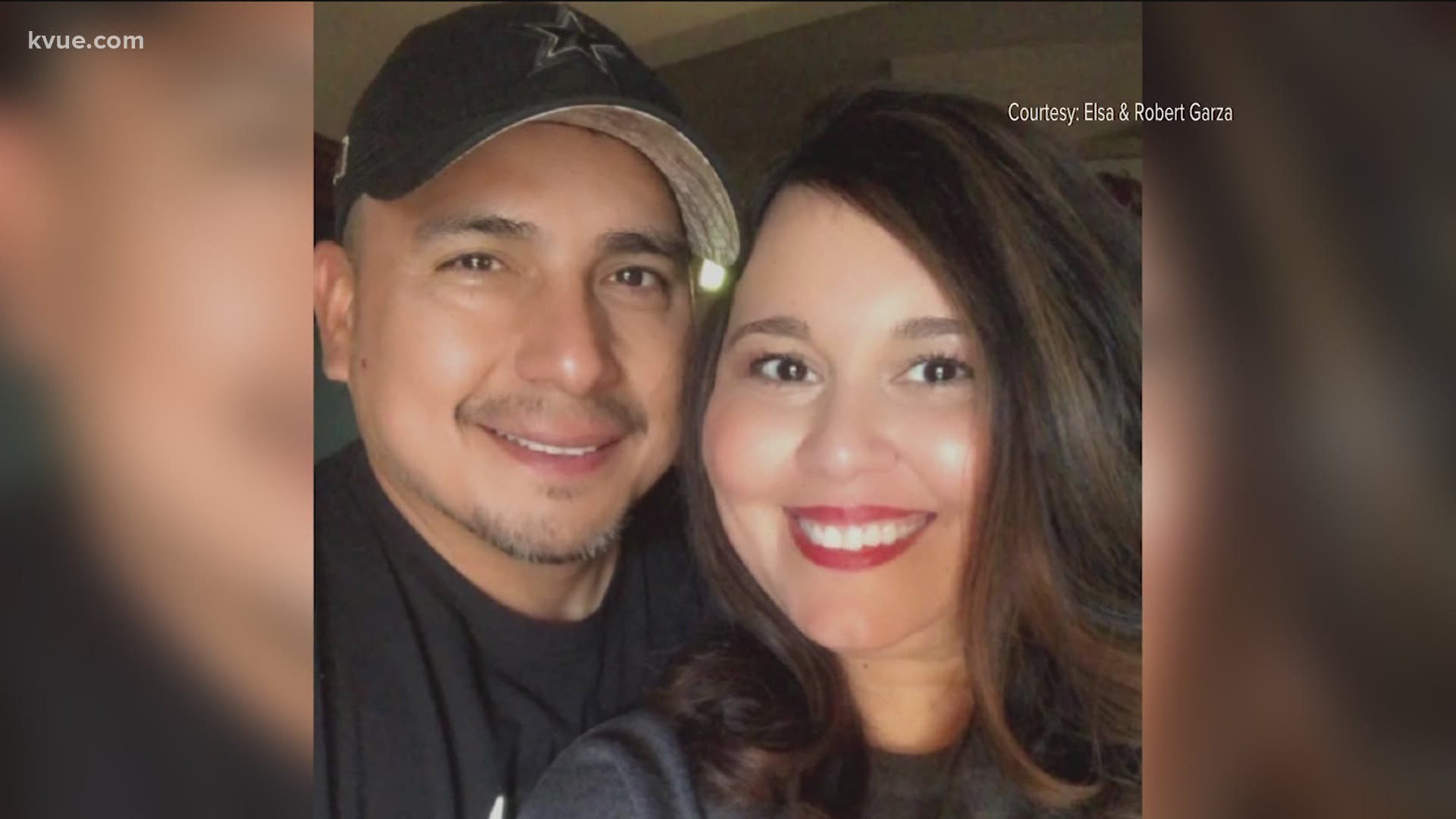 AUSTIN, Texas — After experiencing weeks of delays because of the coronavirus, an Austin couple is getting ready for surgery. The two went through a kidney transplant on Thursday.

Robert and Elsa Garza have been married for 20 years and they have a lot in common.

“To be a match was another page in the story, so I was like, 'Wow, we're a match in everything,'” said Robert Garza.

He planned to donate his kidney to his wife back in April to help keep her from going on dialysis, but then COVID-19 happened and the University Health System Transplant Center in San Antonio stopped allowing surgeries for patients who were stable and had a living donor.

Elsa Garza suffers from an autoimmune disease she said recently started attacking her kidneys, causing FSGS, focal segmental glomerulosclerosis, a scaring kidney disease. With a series of delays in the surgery due to the coronavirus, time wasn't on her side.

“My GFR numbers were dropping pretty dramatically,” said Elsa Garza. “I was hanging on by a thread and had stage 5 renal failure.”

“I think one of the main worries we had in her case, and many of our cases when we postponed, was hoping we could resume an elective case with upmost safety before dialysis started,” said Jennifer Milton, chief administrative officer of the University Health System Transplant Center in San Antonio.

She said dialysis can take a toll on the body and later impact the success of a transplant. Good news for them: earlier this month, the governor's restrictions on elective surgeries expired. That’s why now the mother of two is able to have her surgery before being in need of dialysis. She’ll tell you getting this kidney holds even more meaning because of whom it's from.

“It means a lot,” said Elsa Garza. “I married my soulmate. It gives me an opportunity to enjoy the rest of my journey with my husband. He's given me a second chance of life.”

Robert Garza is expected to be released to go home over the weekend, and Elza Garza will likely go home next week, according to hospital officials.

These Austin industries have the most COVID-19 clusters