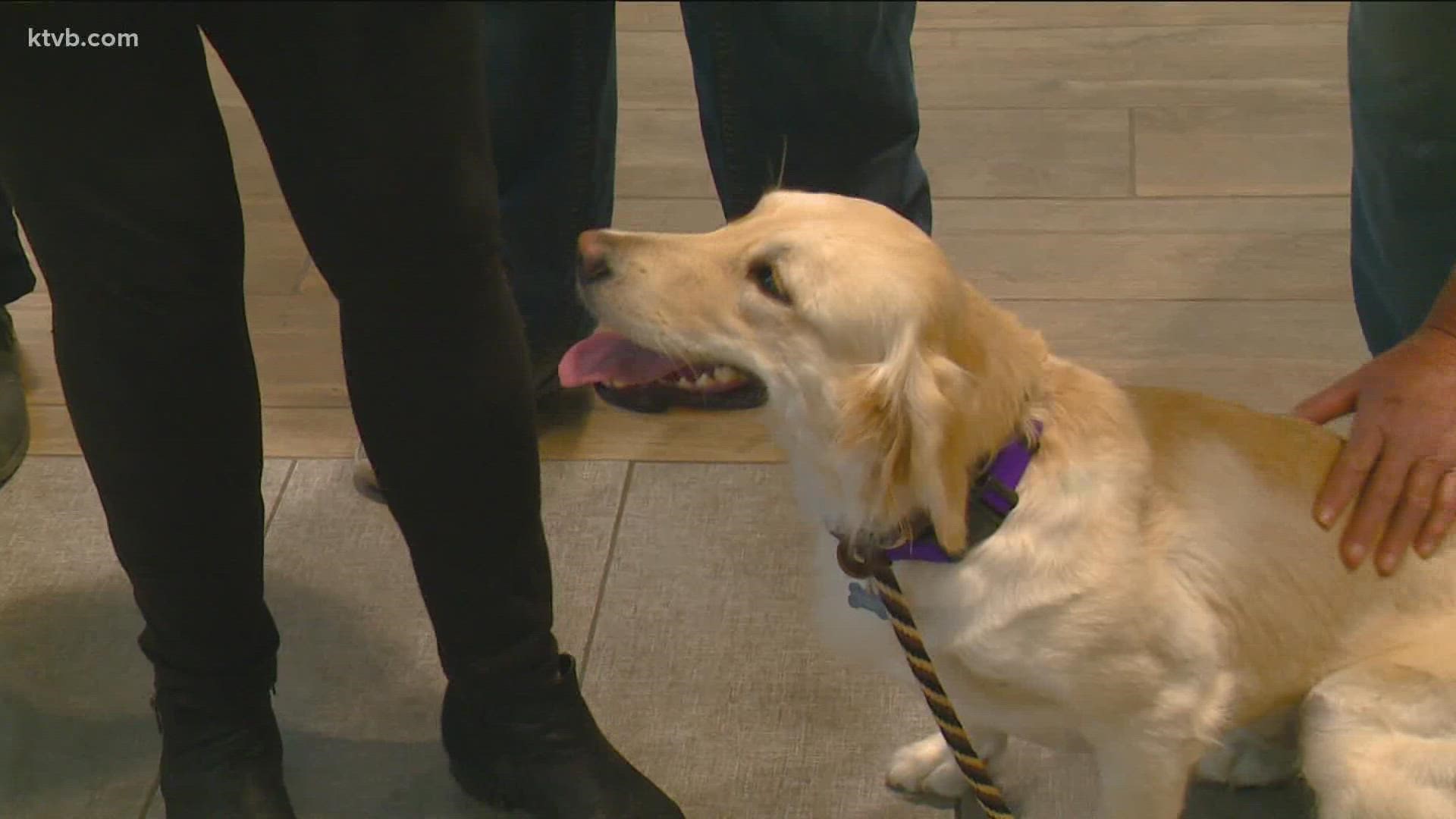 Clover, a two-year-old female golden retriever, will officially be adopted by BPD on Monday, Oct. 18.

When Clover came to IHS, shelter staff said she was severely underweight, depressed and lethargic. Clover had reportedly been sick for several months and was vomiting after eating, prompting IHS veterinarians to examine her and perform tests on her to determine what was causing her illness.

Clover's bloodwork suggested that she had liver disease, but after x-rays were taken, veterinarians discovered she had several large objects blocking her intestinal tract. Clover underwent surgery to remove the objects, which staff believe were remains of a rubber toy.

A biopsy of Clover's liver was taken and she was hospitalized at IHS for care and nutritional care before being released to an IHS foster parent.

11 weeks later, Clover completely recovered. Her bloodwork is normal and her weight increased from 27 pounds to nearly 40 pounds, according to IHS.

As Clover was recovering, BPD's Bike Unit contacted IHS in hopes of finding a new dog to adopt into their unit.

"We instantly knew that Clover would be a great fit as she naturally performs many of the duties of an outreach canine, including having a very stable and friendly disposition. In addition, she's highly trainable, and she loves people and other pets," said Tiffany Shields, Clover's foster parent and the director of Animal Care and Control.

After interviewing Clover, officers decided she would be an excellent fit for the position.

"With the creation of the Training, Education, and Development Division earlier this year, we made it one of our goals to prioritize officer wellness. As part of those efforts, officers researched ways to positively impact the personal health of our officers, staff, and community members," Boise Police Chief Ryan Lee said. "Having Clover as a wellness canine will aid us in our efforts to provide emotional support during the stressful events that often occur in this profession."

Clover's official adoption will take place at IHS on Monday, Oct. 18 at 11 a.m.

See the latest news from around the Treasure Valley and the Gem State in our YouTube playlist: