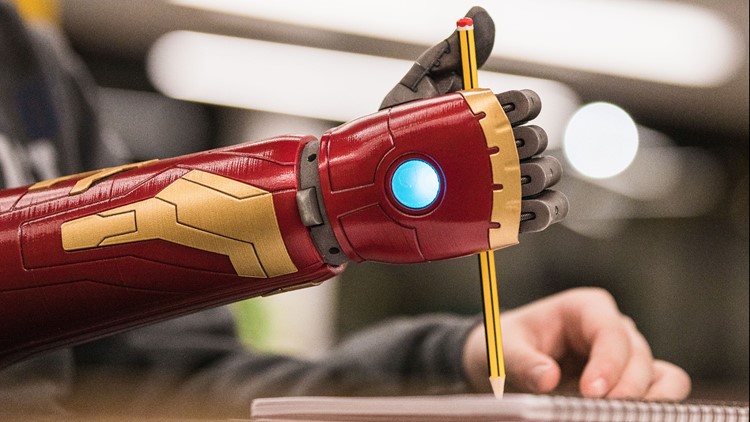 GREEN BAY, Wis — Picking up a glass of juice and taking a sip is the kind of thing most people take for granted.

But, not Jonathan Wainright.

According to his hometown news station in Green Bay, Wisc., the 12-year-old was born without a right hand because of a rare condition called amniotic band syndrome. He told WFRV he’s had several prosthetics in the past, but they didn’t work well and often broke.

WHDH reports the arm is the brainchild of a company in the UK called Open Bionics that develops customized bionic arms in a variety of kid-friendly themes.

According to WFRV, the arm has “multi-grip” functionality to maximize what Jonathan can do, but there are some limits.

But, it’s still a huge improvement.

WFRV says as Jonathan gets bigger, his arm’s motor can be replaced with a larger one that will allow for more fine motor skills.

RELATED: Boy born with one arm gets best Christmas present: A second arm

RELATED: Woman creates a Cinderella princess who looks just like her

RELATED: Born without arms, this pilot flies with her feet