As Ryan pushes himself to be great, the community responded with hundreds of comments toward the boy and the deputies. 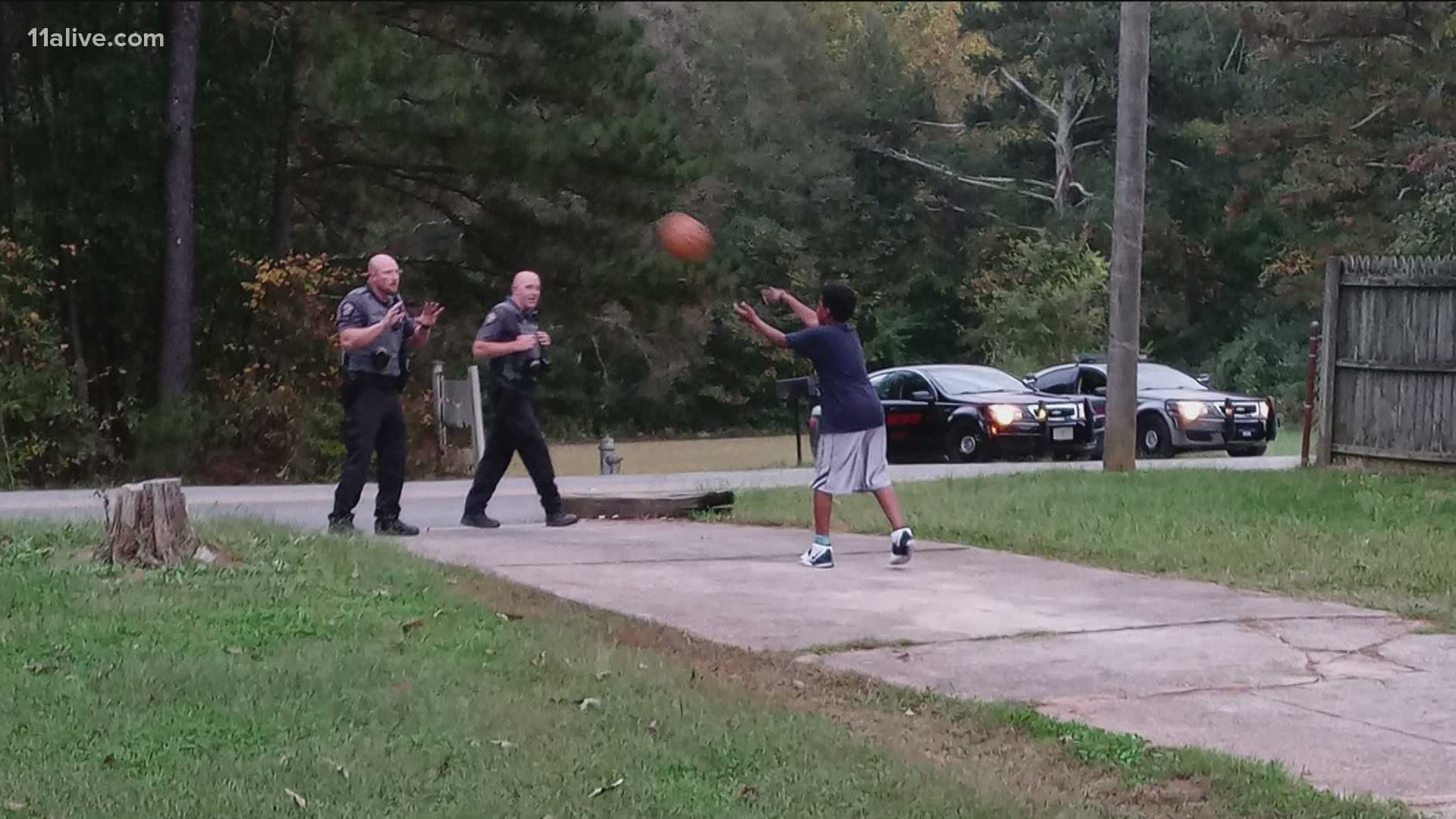 CARROLL COUNTY, Ga. — When two Carroll County Sheriff's Office deputies saw a 13-year-old boy playing basketball and doing push-ups in his yard on Monday evening, they decided to stop and talk to him.

Deputies Patrick Hume and Jeff Attison, part of the traffic unit, learned that Ryan Milhouse was trying out for the Bay Springs Middle School basketball team and wanted to "push himself to do the best he can" by doing ten push-ups every time the ball would hit his foot while practicing his dribbling skills, the sheriff's office said in a Facebook post.

Lauren Milhouse, Ryan's mother, captured the photo of the trio that is now being shared and liked thousands of times.

“I had never experienced anything like that before. It was very touching and heartwarming just to see the support from men in general," explained Lauren.

Ryan said the two deputies decided to get in on his challenge. Every time a foot was hit they knocked out ten push-ups alongside Ryan.

The 13-year-old also added that they shared some tips with him.

"They told me to make sure that I look forward when I dribble and to stay focused," Ryan said.

As Ryan pushed himself to be great, the community responded with hundreds of comments toward the boy and the deputies.

"Good luck Ryan! So thankful for our Officers and what they do for our community. What a great story," one person wrote.

"Thank you officers for taking an interest in a young man that wants to succeed," another person wrote.

"He has a true warriors spirit and has warmed all our hearts this evening," the sheriff's office said.

Both mother and son say the gesture by the deputies meant the world to them.

“The 'bad rep' that cops have in general right now is not all what it seems and there’s just really good and genuine people out there," said Lauren.

Deputy Hume and Attison shared this message with 11 Alive about meeting the teen:

“We have been patrolling and serving the Carroll County citizens for many years and one of our favorite things to do is interact with the public in positive ways. It’s amazing the things you learn from people when you take the time to invest in them not just be there in their time of need or on a traffic stop. Stopping and meeting Ryan was and will remain a huge highlight for us! What an amazing kid and it serves as a reminder that relationships can be formed no matter the age, race, or reason. We are humbled by the story and we hope everyone can see how beneficial community policing can be!”