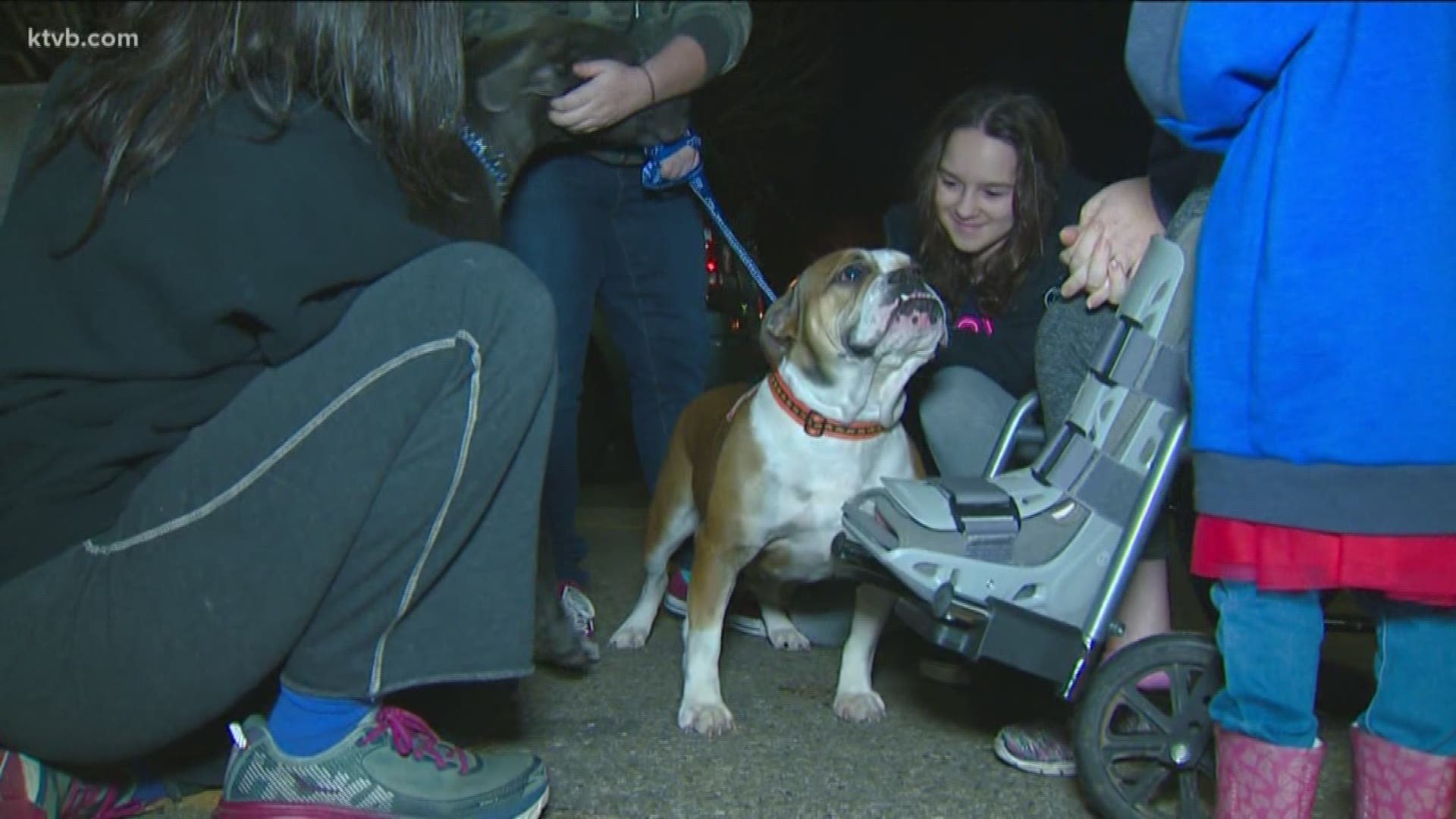 EAGLE, Idaho — Tears of joy flowed in Eagle Thursday night as a family who narrowly escaped the deadliest and most destructive wildfire in California history was reunited with two of their pets.

It's been seven weeks since Serina Boone and her family had just minutes to flee their home in Northern California as the massive Camp Fire closed in.

Boone, her kids, two dogs and one cat all piled into their truck and attempted to drive to safety. They made it about two blocks before the fire jumped the road blocking their escape route.

Boone says she made the decision to get her kids and pets out of the truck and run.

"I told them to unbuckle, it was time to grab the pets and go," she said. "We couldn't get our cat but we got our dogs out of the vehicle the dogs were tangled, and so that's where I broke my foot, but we kept running up the road with the dogs.

"It was about a mile up the road when a guy in an RV saved us and the dogs," she added.

Boone says her family bounced around for awhile, living in hotels, and the dogs were put into foster care thanks to help from Dogma Animal Rescue.

This week, a group of Good Samaritans offered to drive the two dogs, Cinder and Daisy, from California to Idaho, where the family has been staying.

One of those volunteers was Hilary O'Kelley, who drove the last last leg of the trip, and delivered the two pups to their people.

"A lot of us answered the call to help," O'Kelley said. "It was a team effort, just banding together.

"It's an incredible feeling," she added. "Under the circumstances, due to the tragedy that occurred in California... that we could help reunite these two dogs with their family that are obviously very loved is pretty special."

Boone says that her cat, which she had to leave behind in the rush to evacuate, was rescued by Cal Fire. There's no word on when they will be reunited.