Lakeshia Cleveland-Burney has been feeding the homeless nearly every day for the last two weeks, but she's gone the extra mile for one man. 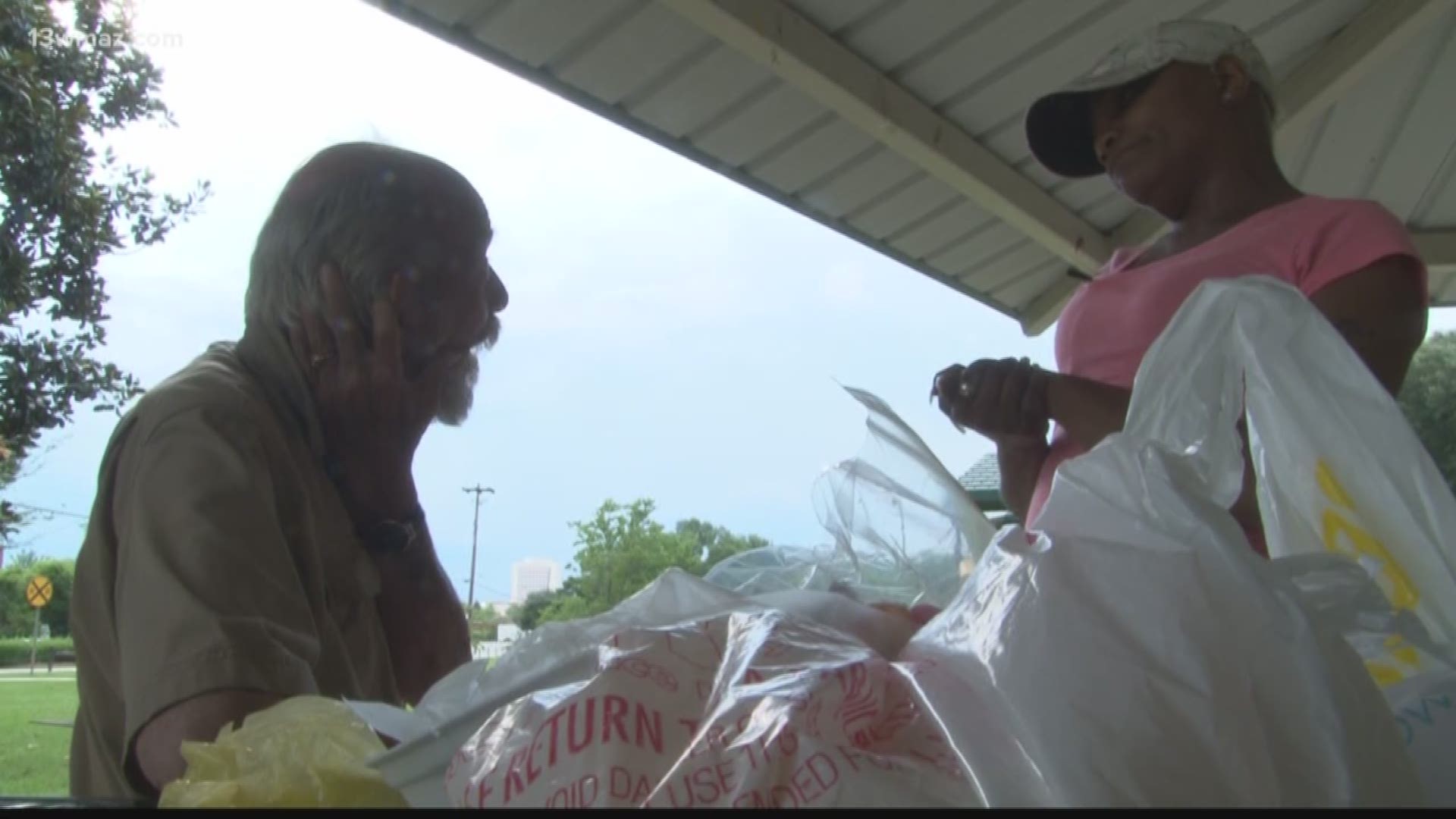 MACON, Ga. — A Central Georgia woman began feeding the homeless out of her own pocket. While she said she has a heart to help everyone she can, she's formed a special bond with one homeless man and wants to get him off the streets.

Nearly every day for the last two weeks, Lakeshia Cleveland-Burney has fed the poor cold meals.

She meets them with her husband and another volunteer in the afternoon near Central City Park, armed with sandwiches, snacks, and drinks including her signature Kool-Aid.

She said she does it because she knows she could easily be in the same situation.

One homeless man has called out to her in particular -- a Carl Dykes Jr. She affectionately calls him "Mr. Carl."

Cleveland-Burney always makes Dykes a hot meal. On Monday, it was pork chops, collard greens, and squash. She also buys him new clothes and other things to make the 75-year old comfortable while he sleeps in the park.

"If I can't feed anyone else, I'm gonna feed Mr. Carl every day, and his blanket got wet yesterday, so I bought him a new blanket, and I'm going to take it and put it in a bag," Cleveland-Burney said.

Sometimes, people steal the things she brings the old man, but she does it anyway and brings them a few at a time. The pair have formed a special bond in the last few weeks.

Dykes said he fell on hard times in Virginia before moving back to Georgia. He said he lived in Tattnall Square Park for six months before moving to Central City Park. Cleveland-Burney's daily meal is often the only thing he'll eat in a day.

"It helps me out plenty, man," Dykes said.

Cleveland-Burney said she wants to help Dykes obtain a new identification and get his Social Security back. She said she's happy to help him and will do what she can to get him off the streets, while still feeding other homeless people in the park. She said it's a part of God's plan for her life.

RELATED: 'A 9-year-old shouldn't have to think about this:' Being a homeless student in Bibb County

"I'm able to do it, you know -- they didn't have food to feed them, so God provided for me to do it," Cleveland-Burney said. "So I know he's able to help me do it."

Cleveland-Burney wants to begin serving breakfast and maybe start a non-profit organization with her husband. Those who may want to donate or volunteer now can reach out to her on Facebook at Lakeshia Vaccorette Burney.