Highlands County deputy helps Army veteran get back on his feet

When Kilburn arrived in Florida, he was a victim of theft, having his phone, credit card and debit card stolen. 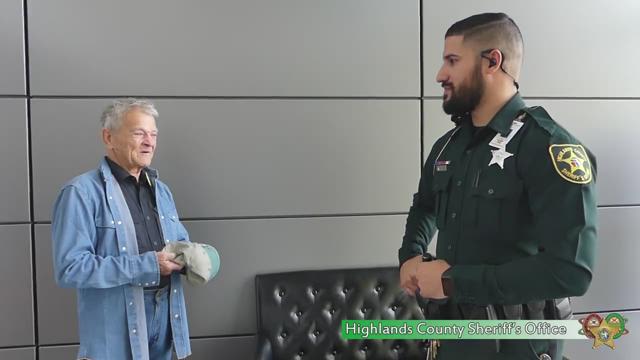 HIGHLANDS COUNTY, Fla. -- To say that Deputy Louis Ramos is a hero is an understatement.

At least it is to 71-year-old Dennis Kilburn.

The sheriff's office shared a story on its Facebook page: not long after Christmas, the former Highlands County resident decided to leave chilly Indiana to trade a frosty breeze and heavy winter coats for year-round summer temperatures and short-sleeved shirts.

Kilburn was familiar with Highlands County and thought he could handle being on his own, but the retired Army veteran quickly realized that such a transition would become a bigger task than he had expected.

When Kilburn arrived in Florida, he was a victim of theft, having his phone, credit card and debit card stolen. His family sent him money, but he had no way to access it with an expired license.

Kilburn was left to fend for himself with nothing more than the clothes he was wearing.

It was Wednesday, Jan. 17, when Kilburn checked himself into a local hospital with concerns of hypothermia, after spending a night in a truck during one of Sebring's inclement, freezing nights.

After being discharged, Positive Mobility took Kilburn to the Highland's County Sheriff's Office where he met Deputy Louis Ramos.

An Army veteran himself, Ramos was touched by Kilburn's story. He immediately began putting together plans to help.

He took Kilburn to get a new ID, then took him to get the money that had been wired from his family. Using some of his own money, Ramos even helped Kilburn check into a hotel.

Later Ramos, along with central records specialist Jenny Edwards, took a trip to Walmart to get a backpack and new clothes for Kilburn.

The two HCSO employees were able to contact Kilburn's family bring him back to Indiana and on Jan. 19, Kilburn met his family at the HCSO to begin his trip home.

With eyes welling, Kilburn spoke about his appreciation for Ramos.

"There are good people in this world," Kilburn said. "You just have to know where to look for them."