'It really touched my heart': Firefighter reacts to photo of boys saying pledge during flag raising at fire station

NC Firefighter Bobby Herring said he captured the moment two boys put their hands over their hearts and said the Pledge of Allegiance while he was raising the flag outside his fire station. 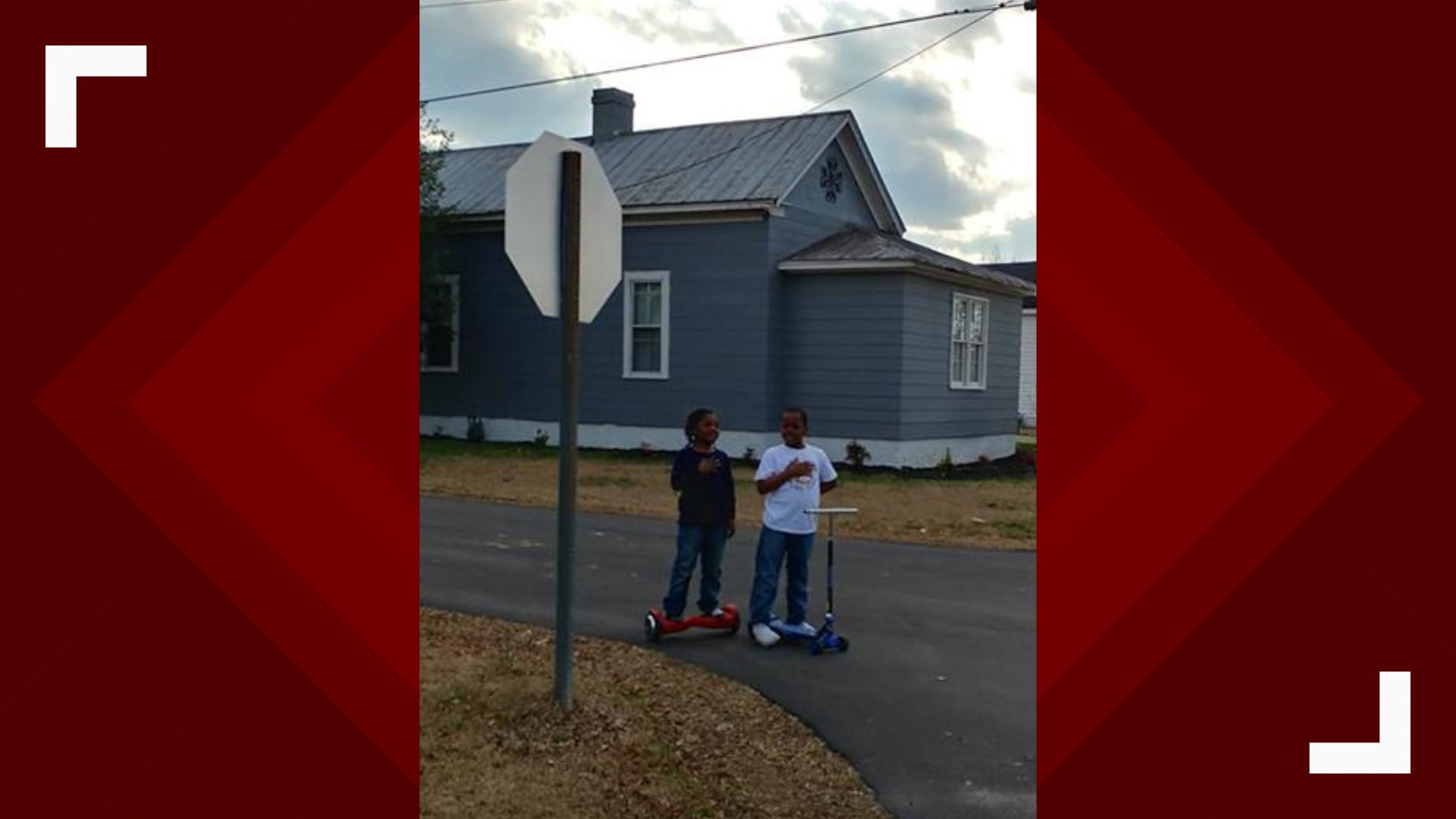 ROSEBORO, N.C. — "I pledge allegiance to the Flag of the United States of America, and to the Republic for which it stands, one Nation under God, indivisible, with liberty and justice for all."

The Pledge of Allegiance are words we've all recited and heard many times in our lives. For many of us, it starts our school day, opens municipal or civic club meetings, and other special ceremonies.

It's probably a rare sight when you see a stranger or a group of kids stop and say the pledge while a firefighter is raising or lowering the flag outside a fire station.

That's what happened in Roseboro Friday and the firefighter who's also the fire station's chaplain captured the moment with a photo that has gone viral. Bobby Herring said he was raising the flag which had been lowered in honor of Congressman John Dingell and a Sampson County paramedic who died.

While he was raising it, Herring said he looked to his left and he saw two young boys with their hands over their heart and saw they were saying something. Herring said at that moment he became a 'juggler' trying to capture the moment with his phone, and simultaneously keep raising the flag.

"It really touched my heart," Herring said. So he went over and talked to the boys about it. They told him they were being respectful and it's something they learned in school. He asked the boys and the adult who was with them if they would be okay with him posting the photo on the station's Facebook page.

They said it was okay and it's now going viral.

Roseboro Fire Department
This afternoon as Chaplain Herring was raising the U.S. flag to full staff, he looked over to the intersection and saw these two young people standing there with hands on their heart saying the...

As of Monday, the post has almost 3,000 shares, more than 3,000 emoji reactions and more than 400 comments, almost all positive. One of the boy's mother tried to thank everyone but they were coming so fast Herring thinks she took a break from responding.

► Make it easy to keep up to date with more stories like this. Download the WFMY News 2 App: Apple Users, Android Users