Paige Merical, 17, died after getting caught in a rip current in April at Emerald Isle. 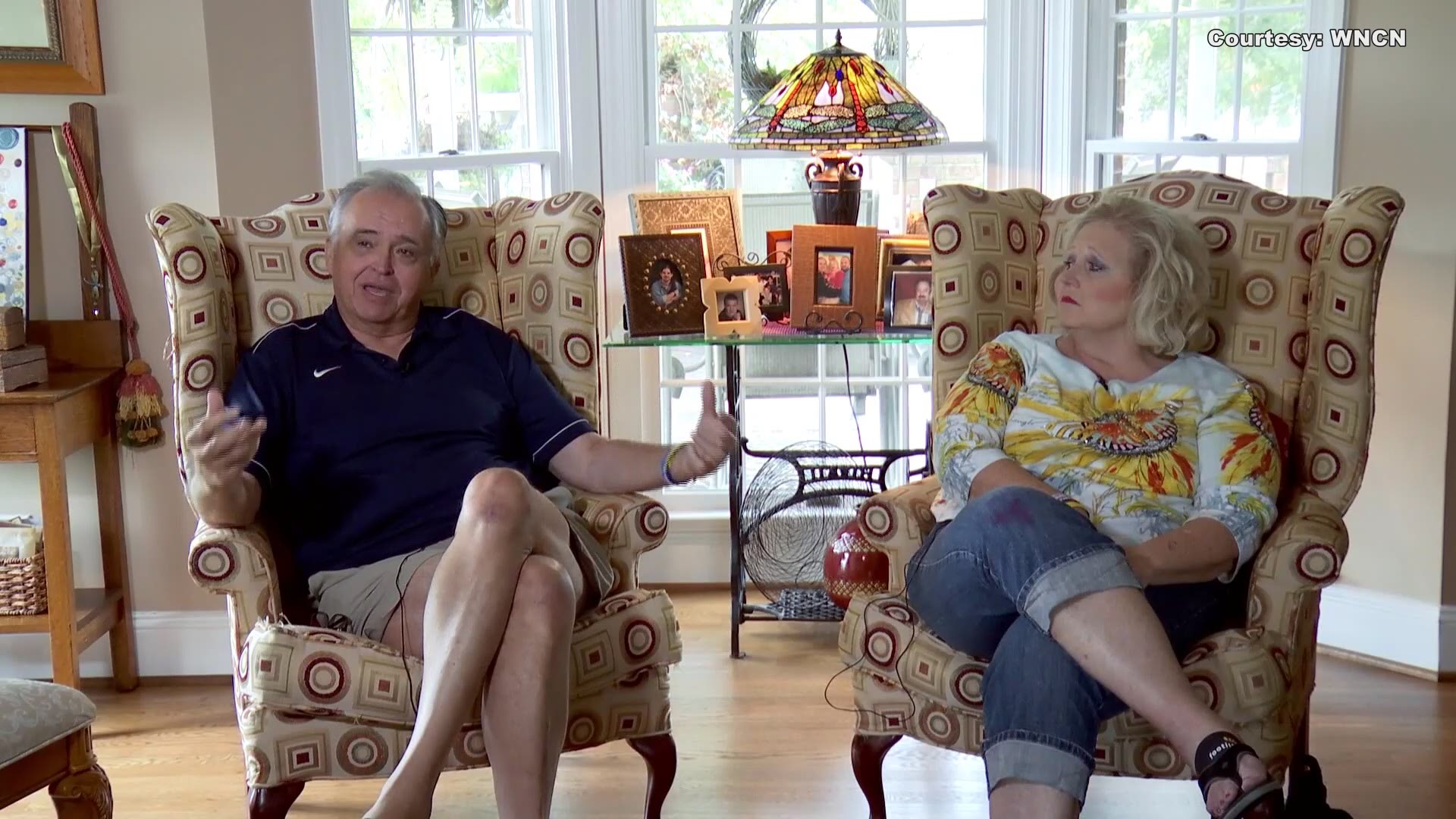 WAKE COUNTY, N.C. — Paige Merical’s parents will forever cherish her memory. “When she walked into a room it was like an aura that she just kind of commanded the room,” said John Merical. Paige Merical, 17, died after getting caught in a rip current in April at Emerald Isle.

“It’s like everything bad that’s happened in your life from a stubbed toe to a parent dying and it’s like combining them all together and it’s worse than that,” said John Merical.

John and Suzi Merical made it their mission to educate as many people as possible about rip currents after her death. The Mericals began a campaign called Don’t Fight the Rip which educates swimmers on what they should do if they get caught in a rip current.

Their message reached many, including Tammy Hudson, who lives in Virginia.

“I remember seeing it and my heart just sunk thinking, ‘This poor family, but what an amazing thing that they’re doing with this’,” said Hudson.

Hudson had her own hardships.

Her daughter Taylor was on the waiting list for a new kidney and pancreas. The 23-year-old’s diabetes was pushing her kidney failure into overdrive. It’s the same way Tammy Hudson’s husband, who was Taylor’s father, died. She said Taylor was starting to give up.

“We had actually at one point sat down and discussed your funeral,” said Tammy Hudson.

Then one day while out shopping they got the call they had been waiting for. A kidney and pancreas were available.

“When they called, we just froze in the middle of the floor and started crying,” said Tammy Hudson.

Taylor successfully underwent surgery. She immediately asked to meet the family of the donor.

“Just to say, ‘Thank you for so much’,” said Taylor. “To know it was not in vain. Ever.” It turned out her new organs came from Paige Merical.

“You got a special couple organs, I’ll tell you that,” John Merical said as the two families met for the first time Sunday.  They shared stories, like how much Taylor suddenly loves sweet tea.

“You hated sweet tea. With a passion,” Tammy said to her daughter.
It was one of Paige’s favorite drinks.

“It makes me feel good because it reminds me Paige is still here,” said Suzi Merical.

Suzi Merical was able to feel where her daughter’s kidney is now and meet a family they’ll forever be connected to.

“I wish we never met them. I mean I really do, but I can’t change that, but we can be thankful that people appreciate what Paige gave them,” said John Merical.

It’s a new hope for life — as Taylor Hudson went from planning a funeral to planning her future.

“Even out of something so God awful tragic, there’s still so much good that can be done. Keep that momentum going forward forever,” said Tammy Hudson.

Two other people were also saved from Paige’s organs.

One was a family friend. The Mericals are still hoping to meet the other.