Reagan Grimes was shot while riding her scooter in May. Now she's headed to Disney World! 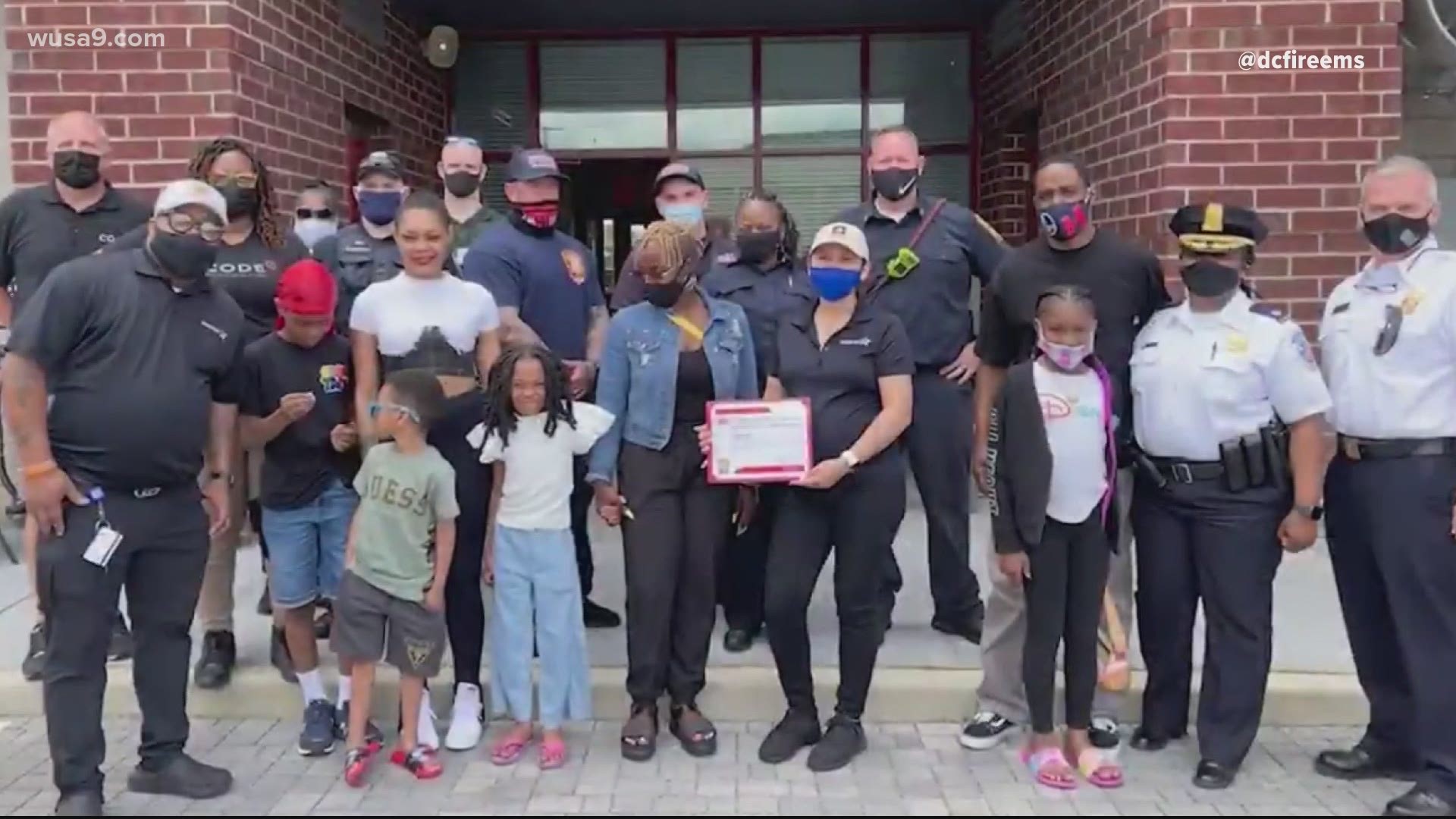 WASHINGTON — A 7-year-old girl who was shot while riding her scooter last month in Northeast D.C. is headed to Disney World thanks to the first responders who helped save her life.

A gunman's bullet pierced Reagan Grimes' lung while she visiting family last month, according to police.

Support from those first responders and the community has been overwhelming, and she got a big surprise on Thursday from D.C. Fire and EMS, and the Metropolitan Police Department.

Reagan and her family were given an all-expenses-paid trip to Disney World sponsored by the Code 3 Association, a nonprofit that works to improve relationships between police and communities.

Engine 27 in Deanwood hosted a lunch, donated by Mission BBQ to unveil the surprise, and posted a video on social media of the celebration.

#DCsBravest are proud to work alongside the @DCPoliceDept and Code 3, who sponsored a trip to Disney for Reagan, the 7 yo shot in May. Engine 27 in Deanwood hosted a lunch, donated by @MissionBBQ, to celebrate. pic.twitter.com/pfmCf8AEp6

Be sure to subscribe to the Get Up DC newsletter, where we'll be sharing an uplifting story every morning as well.

RELATED: 7-year-old girl shot in DC reunited with first responders who saved her life | Get Uplifted

RELATED: 'Thank you for praying for me' | 7-year-old shooting victim released from DC hospital