Thanks to its loyal customers, for the past 25 years Adventure Scuba and Snorkeling in Plano has never been in danger of going under water. 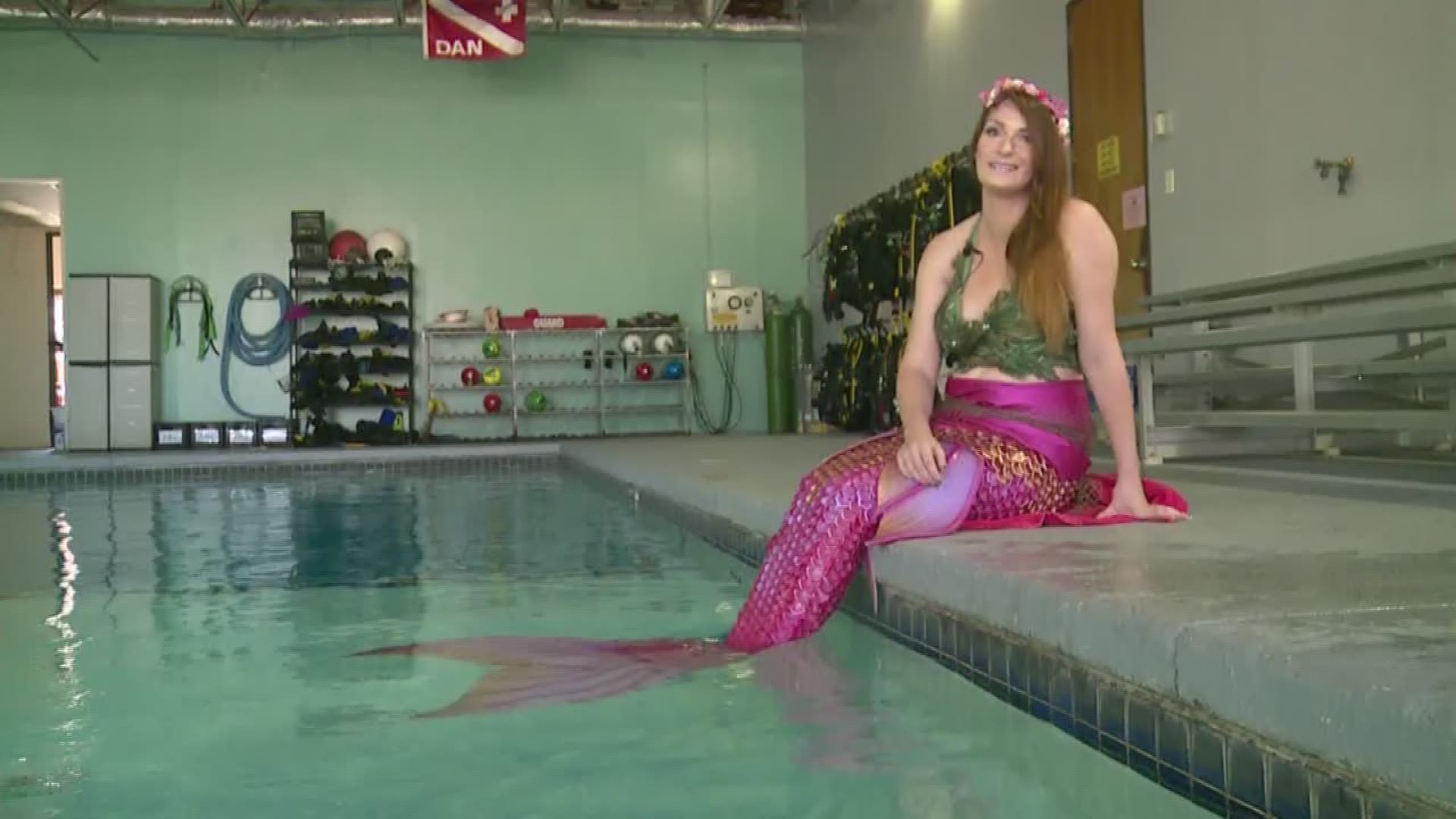 Thanks to its loyal customers, for the past 25 years Adventure Scuba and Snorkeling in Plano has never been in danger of going under water.

But ever since last year, when owner Richard Dean decided to offer an unusual, new class, that has nothing to do with scuba diving, his store has been flooded with business.

“It is rivaling our scuba program with respect to participation. I never saw it coming,” he said.

So what’s given his store such a boost? The hobby of mermaiding.

Mermaid school is in session once a week here and Moira Dobbs is the teacher.

“Mermaid goes in the occupation box when I fill out any kind of paperwork,” Moira joked.

Moira the mermaid is actually Moira the marketing manager. She admits, the mermaid life seems silly at first, but after just one lesson, her students usually fall head over tailfin.

Morgana Alba came all the way from Washington, D.C. to take part in the class.

“When your mother tells you that you can grow up to be anything, a seven-foot professional mermaid is not out of the realm of possibility,” Alba said.

This may be a chance to live out a childhood dream, but the mermaids say there’s a purpose behind it.

Moira has a passion for ocean conservation and says if you can get people in the water, you can get them to care about the water.

But, for most of the students, being a mermaid is more than just child’s play, it’s therapeutic.

“That can be hugely rewarding for anybody that feels lonely, isolated or just looking for a new way to spend their time,” Alba said.

Proof that sometimes it’s better where life is wetter under the sea.