'He left us with marching orders.' 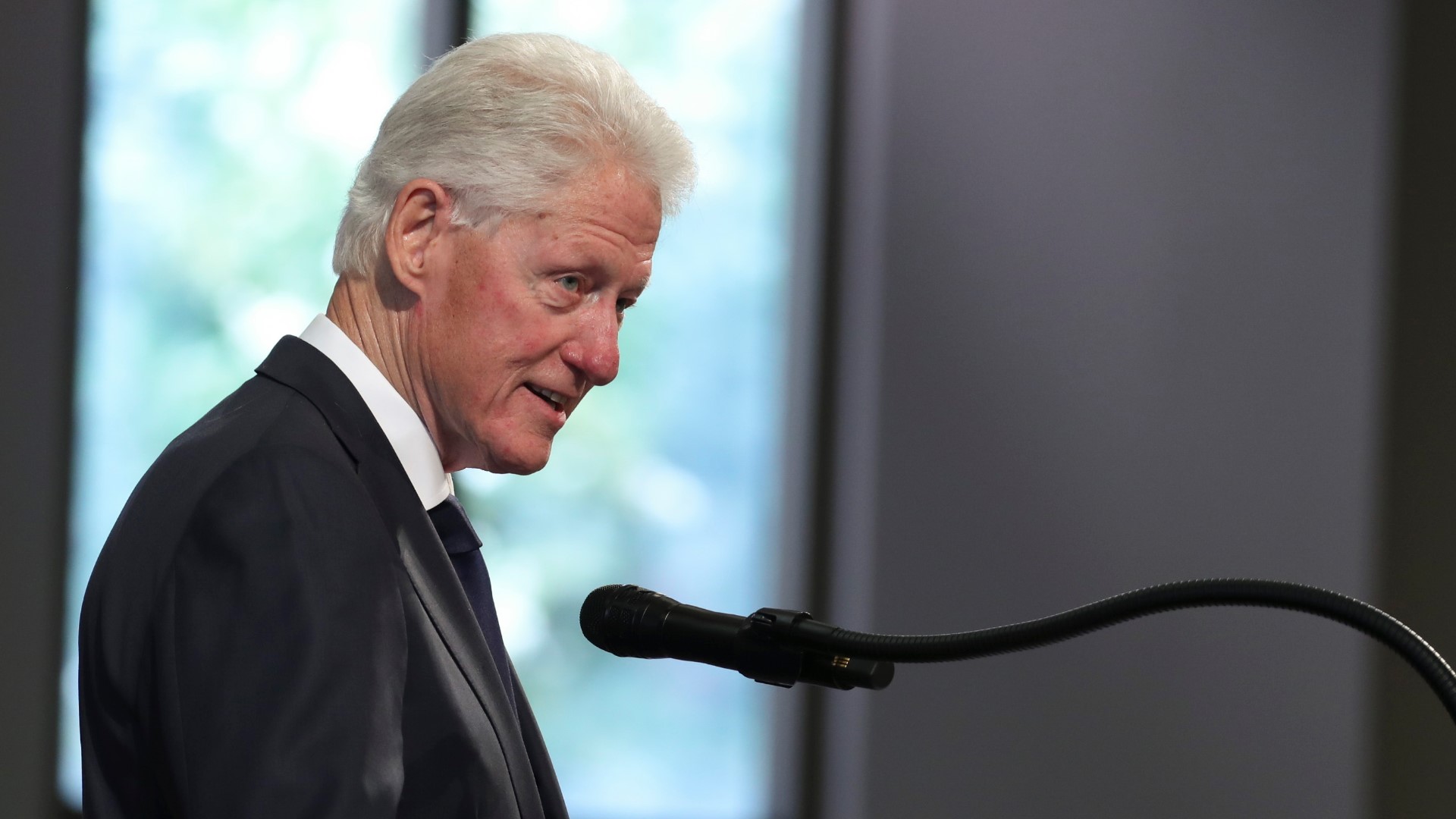 The former president spoke to John Lewis' character, leadership skills and drive to change this nation. Clinton remarked how John Lewis is like all of us.

"I think it's important that all of us who loved him remember that he was, after all, a human being, a man like all other humans, born with strengths that he made the most of when many don't, born with weaknesses that he worked hard to beat down, when many can't, but still a person," Clinton said.

"It made him more interesting, and it made him, in my mind, even greater."

Clinton recalled how John Lewis one time shared a story with him about a near-death experience at a demonstration where he nearly got hit in the head with a long piece of pipe.

In his reflection on this story, Clinton said "he was here on a mission that was bigger than personal ambition."

Prior to John Lewis receiving national recognition, Clinton said he believed that there were three pivotal moments in his life.

The first, Clinton said, was the notable story of Lewis running around his aunts' house with his cousins to prevent the home from flying off its foundation. Clinton said that it taught Lewis "...about the power of working together, something that was more powerful than any instruction."

Second, he recounted, was Lewis' impact as the youngest speaker during the March on Washington in 1963 with his speech focusing on taking the opportunity to bring an end to racism.

Third, Clinton said, was Bloody Sunday - the day John Lewis marched wearing a trench coat and backpack; an outfit that was not normal for the times. Among other things in that backpack was the autobiography of Thomas Merton, "a Roman Catholic Trappist monk. Clinton said it showed how Lewis felt "...if Thomas Merton can find his way and keep his faith and believe in the future, he, John Lewis could too."

The former president spoke about the importance of the gathering, which was to honor John Lewis' legacy. Clinton spoke on how Lewis upheld his character during the hard times - like lost elections - and his energy to keep pushing forward, even when others were tired.

"No matter what, John always kept walking to reach the beloved community," the former president said. "He developed an absolutely uncanny ability to heal troubled waters. He worked with his adversaries to get converts."

In regards to John Lewis' final message in the New York Times, Clinton said that they were Lewis' "marching orders" to "keep moving."

In one final story, Clinton recalled how he was asked, during an event to honor Lewis, what he wish he could have done as president.

Clinton responded, "if I could do just one thing ... I would infect every American with whatever it was that John Lewis got as a 4-year-old kid and took through a lifetime to keep moving and to keep moving in the right direction and keep bringing other people to move."

Clinton ended with this: "We salute, suit up and march on."

1 / 52
Alyssa Pointer/Atlanta Journal-Constitution via AP, Pool
The scene is set for the funeral service for the late Rep. John Lewis, D-Ga., at Ebenezer Baptist Church in Atlanta, Thursday, July 30, 2020.