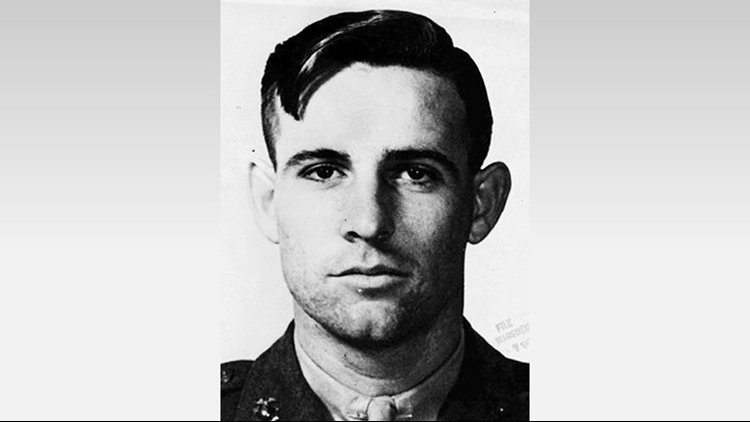 GALVESTON, Texas — The remains of a U.S. Marine killed on a Pacific island battlefield in 1943 have been identified as a Galveston man, the U.S. military announced this week.

Lieutenant Mills, who served as a platoon leader in Company D, was part of the American force that landed on Betio Island as part of Operation Galvanic, a major offensive in the central Pacific Ocean.

"When his platoon encountered vigorous opposition, courageously pushed forward in the face of machine gun, mortar and point-blank 37-mm gunfire," records show. "Although his platoon suffered heavy casualties, he succeeded in capturing and holding his objective."

More than 1,000 Marines were killed and 2,000 more were wounded during the three-day battle to take the island from Japanese forces.

Lt. Mills' remains were buried on Betio Island and remained there for decades.

The young marine received the Silver Star and Purple Heart.

He will be buried April 29 at Arlington National Cemetery in Arlington, Virginia.

This story comes from our partnership with the Galveston County Daily News. Read more here.