Growing up watching her dad and listening to his stories, Mona knew she wanted to be just like him. 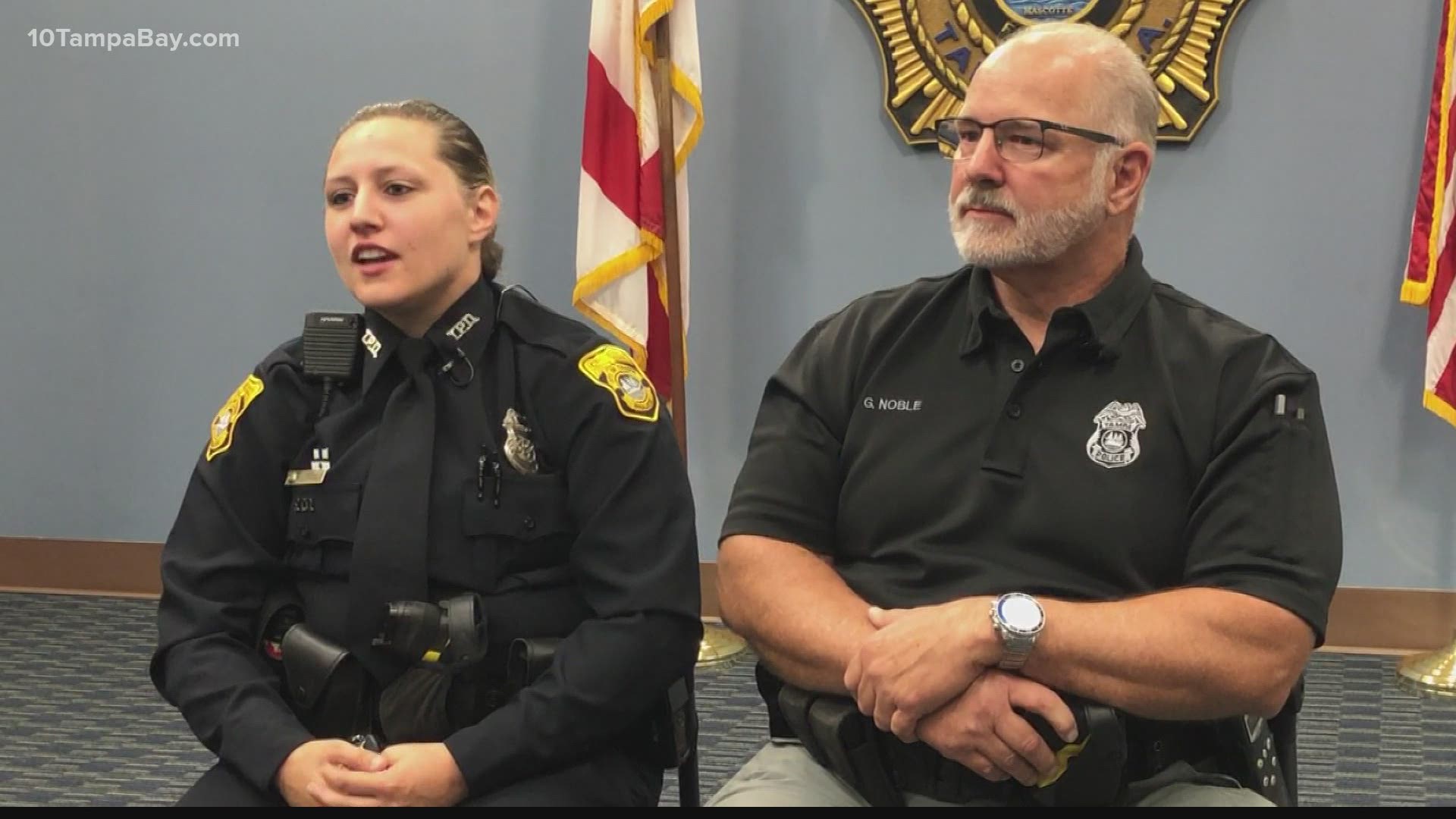 TAMPA, Fla. — A daughter spent her whole life watching her police officer dad go to work each day to help others, so it wasn't a shock when she grew up and wanted to do the same thing.

With Father's Day on Sunday, we wanted to highlight dads and remind them just how much of an impact they have on our lives. This father-daughter duo reminds us that dads can inspire us to do great things.

Mona Noble smiles when she talks about growing up listening to her dad. "He was doing cool stuff and it was exciting to hear stories and I enjoyed it."

Master Officer Gregory Noble knew from a young age that he wanted a life in law enforcement. "I was raised by a single mom and I had a lot of interaction from law enforcement when she needed help."

Those positive experiences led Noble to a 41-year career as a police officer. But little did he know, his daughter Mona was watching and listening and ready to follow in his footsteps.

"Seeing how much he enjoyed this job. I was definitely interested. I wanted something that was exciting and I could help people and this fit the bill."

Gregory was excited for his daughter when she made that career choice. "So I supported her 100%."

About 6 years ago, Mona also joined the Tampa Police Department getting to work with the man she's admired all these years.

"Yeah he's set a great example and I hope that I can be at least half the officer he is because I'll be doing a good job then."

Gregory says he rarely worries about Mona when she's out on patrol. He said he is confident in her ability as an officer to handle any situation that comes her way.