Part of the cemetery site now sits under a Robles Park Village, a public housing development in Tampa. 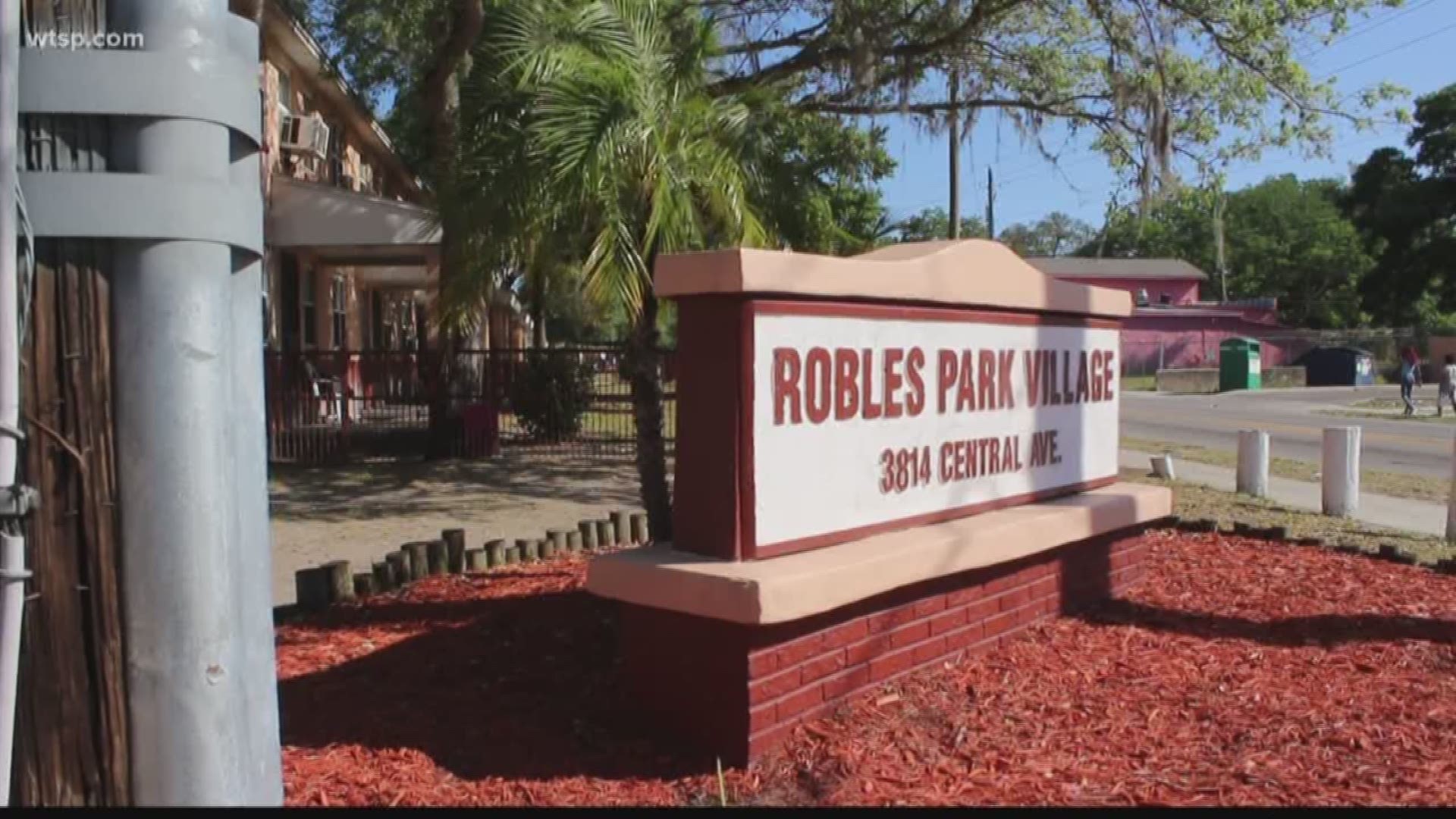 However, much of it was paved over and forgotten until now.

Part of the cemetery site now sits under a Robles Park Village, a public housing development in Tampa.

The housing authority found a few bodies when it built the development in 1951, but today’s leaders say no due diligence was done to properly survey the site before construction.

10News’ Emerald Morrow sat down with Kite-Powell to discuss this lost history.

This interview has been edited for clarity and content.

REPORTER: How did the Zion Cemetery come to be?

KITE-POWELL: This was established for Tampa's African American community. And so, [Zion] survived as a cemetery from around 1901 to the middle 1920s. But then shortly after, the land was re-platted, which means there was a new plat created for, in this case, development, and the property was put for sale to be developed.

In the later '20s, a five-store storefront was built, and opened on Florida Avenue. And from that point on, any memory of Zion Cemetery was lost.

REPORTER: What does that say to you as a historian?

KITE-POWELL: The fact that Zion Cemetery could be so quickly covered up, and its memory extinguished, really goes to show what life was like in the 1920s for African Americans.

The lack of any kind of political strength, the kind of helplessness, for lack of a better term, that the community would have felt to prevent something like that from happening, just shows how truly powerless African Americans were not just in Tampa, but in this country in that time period.

There would have been fear of retribution if someone would have said something. Physical retribution, certainly, but also economic retribution. So, it really goes to show how difficult a time it was for African Americans in the United States in the 1920s.

REPORTER: What does it say about the value that we place on life and space for the African American community?

KITE-POWELL: I think in general, both white and black, while cemeteries have always been a place of reverence, there also is…a difference in caring on how we feel today. It's not completely surprising that a cemetery property could be repurposed. In this case, it's an African American cemetery, so you can see other reasons why that could have happened, but honestly, I wouldn't be really surprised if we were talking about this and it was a cemetery of mostly or entirely Anglos, or white people. Because the sentimentality that we have today just didn't exist in the same way in the early part of the 20th century. There were no laws that really governed that kind of stuff. That didn't come out until World War II.

So, it goes to show how different the time was for everybody as it relates to the sentimentality of the past of previous generations. But it's further evidence of the disenfranchisement of African Americans at the same time.

REPORTER: Now that we do have a different perspective today, what is the right approach [to rectifying this]?

KITE-POWELL: Of course, now, in the 21st century, we do have an entirely different way of thinking about the past, about these cemeteries than people did a century ago. Plus, just the curiosity. You want to know what’s there. The thing to remember about this, there is really no written proof that the cemetery is still there. There’s no written proof that it’s not still there. That the remains of those buried are not still there. It is very, very likely that most of those that were interred there, it’s very likely that they’re still there. There is some evidence that some of the people that were buried there, their remains were removed and taken to other cemeteries, but almost because there’s that evidence says to me that there really is a great likelihood that that cemetery is still where it was.

REPORTER: As a historian, what would you like to see done now?

KITE-POWELL: The preservation of that memory, that is a really tricky question because you have so much time that has passed, and the owners of the property, there are several owners of the property, had no idea — I guess aside from the housing authority when they were building Robles Park Apartments, they actually did find a couple sets of remains. But nobody else had any idea this was on their property. Now the property owners are being affected by this. And so, do they lose the right to their property? Do they lose access to their property? So, there are legal issues that are involved in this. You certainly would like to see a historical marker, a memorial garden or something like that as a way to remember these people who came before us and passed away years and years past.

REPORTER: How large was the cemetery?

KITE-POWELL: The cemetery is listed as about 2.5 acres in size. There were about 98 large plots. But each one of those plots was about 20 feet square, and so they would have been sold to families. And so, of course, you could have multiple burials within those plots. So, the archaeologists at USF I think calculated that the platted part of Zion would hold just under 800 sets of remains.

There are people in the Tampa Bay area today, I’m certain, who have family that are buried there. At the end of the day, these are people who were once alive living here in Tampa. And they have families still, and we really want to be respectful of that as we talk about this.