Thinking of living in an RV? Tampa Bay area family talks life on the road

Living in an RV has its ups and downs, but the Bethune family wouldn't change it for anything. 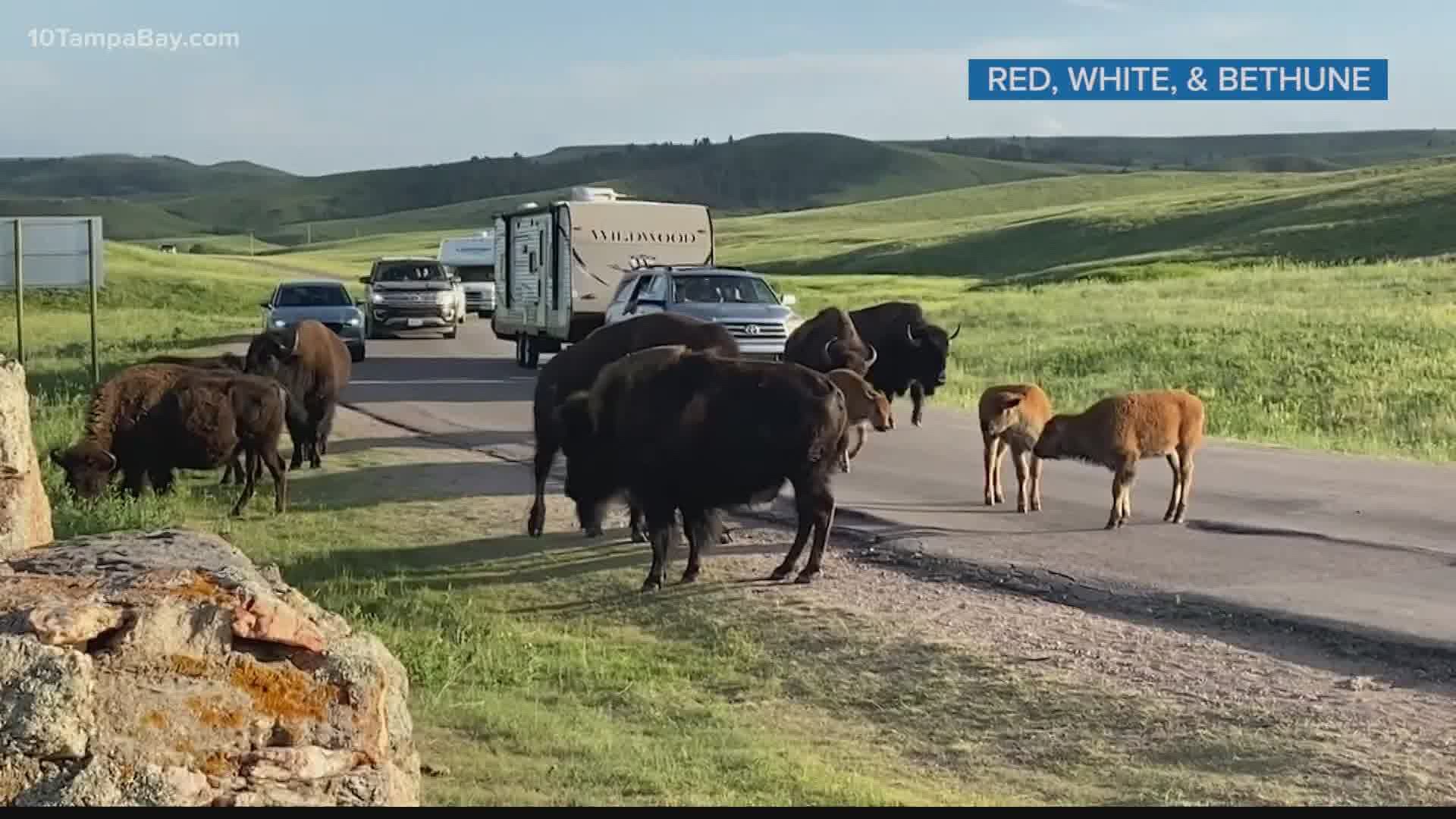 TAMPA, Fla. — Most of us know about the crazy housing market around Tampa Bay, but what if your choice is not to live in a house at all?

We've been following one local family who started the RV lifestyle a year ago and caught up with them in Wyoming.

Last time we talked to the Bethunes, they were here in Tampa at the RV show in January. Since then, they had some major mechanical issues and got stuck in Tennessee for several months.

"We had air brake problems, our starter on our motor wouldn't work, so we spend the next three or four months going through the bus, fixing stuff and beating our head against the wall trying to figure out what is wrong with this thing," Kyle Bethune said.

Jenn and Kyle are always honest about their struggles. They want people who might be thinking of the RV life to know exactly what they are getting into.

While Kyle admits it can be a challenge, Jenn always remains positive.

"For him yes because he does all the mechanical stuff on the bus, for me I'm like nope, this is better than any day in a house so it's good. We're fine," she said.

Since leaving Tennessee, the Bethunes headed out west and spent time in South Dakota. Kyle says there's one experience over the last few months that really stands out. It happened when they were at Custer State Park.

"We turn off down this dirt road and before we know it we're surrounded by hundreds of bison, I mean hundreds. We had the roof off the jeep and we were just there and all of the sudden we were just like transformed into another world almost."

And now after a year on the road, Jenn and Kyle have a whole new kind of bond with their kids.

"Our relationship is just magical right now because we just, everybody meshes and jives and we spend that actual quality time with them that's all they ever wanted," Jenn said.

Next stop for the Bethunes: the Pacific Northwest.

A big question people always have is how the Bethunes support themselves on the road. They have income from rental properties and they have a big social media following, which leads to sponsorships and other income.

They both say keeping up with social media is a full-time job because they are very thoughtful of their content. You can follow their adventures and find links to their social media pages here.