This is the best week to buy a TV!

There are always deals before the big game. 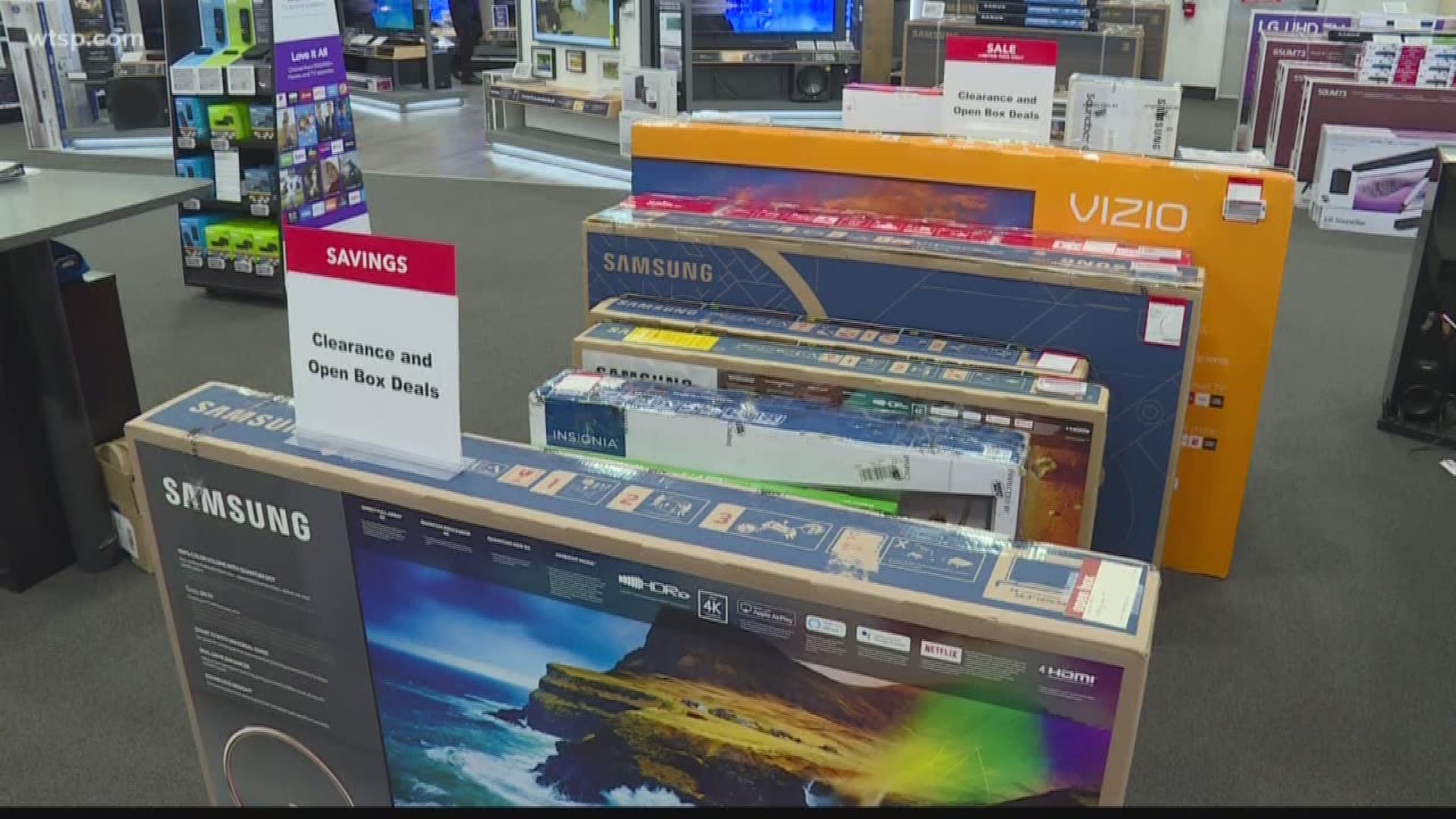 TAMPA, Fla. — How's that TV you're watching right now looking? Is it big enough? Good picture? Have you been thinking it might be time to get a new one? If so, you're not alone. People want the perfect picture to watch the Super Bowl on Sunday. And according to Nerd Wallet, 17 percent of Americans will buy a new TV this week and spend around $750 bucks.

It can be overwhelming. So many TV's to choose from, so many options. But one thing you don't have to worry about this week, getting a good deal. University of South Florida Professor of Marketing Doug Hughes says there's two reasons for that. "The manufacturers and realize there's a great deal of interest in consumers in TVs leading up to the big game. But also February is traditionally a time when manufacturers start introducing new models of TVs so as a result the retailers are clearing out old inventories."

But according to Nerdwallet's Personal Finance Expert Kimberly Palmer, you do have to do some quick homework, before hitting the store in order to get the best deal. "You want to be sure to check the social media accounts and also the websites of stores before you go shopping for a TV because sometimes the stores will actually post their best deals on social media or on their website and so you can find them there."

Williams agrees you'll find a good deal. "It's the time to buy. Everybody's running deals. They're just a little more aggressive now than what they are throughout the year."