After experiencing some of the worst weeks of her life, Andrewnae Botas decided to resume her studies and was able to meet her degree requirements. 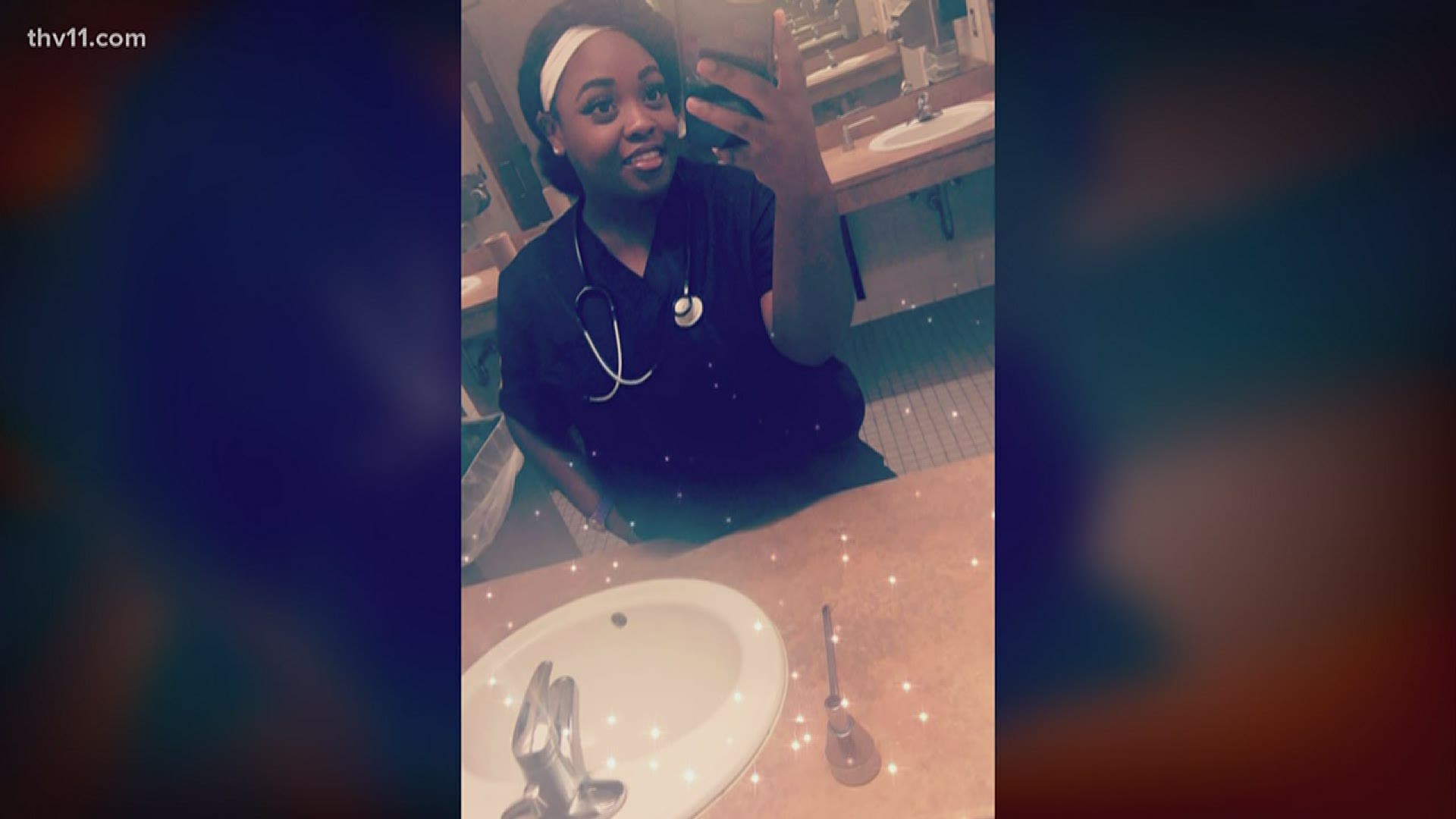 PINE BLUFF, Ark. — While most University of Arkansas at Pine Bluff (UAPB) seniors will remember this week as the time they graduated college, one senior will also remember it as the semester she beat COVID-19.

According to a release from UAPB, Andrewnae Botas, of Houston, was a nursing major who noticed symptoms around March 13. She thought she had allergies since the season was changing.

After failed attempts with allergy medication, a steroid shot, and testing negative for the flu and strep, she knew something wasn't right. She soon developed a 100-degree fever and woke up feeling like there was a boulder on her chest.

“I couldn’t really breathe, and my temperature spiked to 103 [degrees],” said Botas. “I realized then that this was not normal at all.”

Botas went to the hospital, where she discovered she had pneumonia and was tested for COVID-19. The test came back positive.

Botas recovered at the home of Kathy Harris, the mother of a friend of hers. She’d been staying with her since the time courses transitioned to online delivery at UAPB. Because Botas was positive, Harris was quarantined with her. She didn’t have any symptoms, so she took on the role of caregiver for Botas.

“Our relationship grew because she is friends with my son,” Harris said. “You never know what kind of situation you’ll get into. You have to live through it to know how it feels. It was an overwhelming experience, but I love her like a daughter.”

Over the next few weeks, Botas said she dealt with muscle pain, nausea, vomiting, diarrhea, and lost nearly 20 pounds in seven days -- on top of it already being hard to breathe. She said tasks as small as walking across a room took four times the amount of effort.

RELATED: 'It was a war zone': Arkansas nurse back from Georgia gives warning

“I prayed a lot and cried a lot,” Botas said. “At times, I thought I was at the end. [But] calling on God, talking on the phone with my family, and the help of Ms. Kathy – that’s what got me through it.”

In the midst of recovering, Botas still had one goal in mind -- graduating. She had several more weeks to study and meet her degree requirements.

"It was very difficult. Some days I just didn't have the energy to pick up a book or to even read anything because I wasn't feeling well. I couldn't really concentrate because I was either nauseated or I was in pain," she said.

The release said Botas received her discharge letter on April 3 from her case manager. According to the Center for Disease Control, clearance is given when a person that tested positive is without symptoms for 72 hours.

Despite how tough it was getting back to her studies, Botas passed all the degree requirements.

Now, she's focused on passing the NCLEX (National Council Lincensure Examination) with the goal of becoming a registered nurse. She wants to work in the neonatal intensive care unit and explore the field of midwifery.

With a new appreciation for life, Botas admits that she didn’t believe she could get it or be affected by it.

“Getting it at the age of 22, I realized that this could affect anybody,” Botas said. “It could affect you if you’re not taking the right precautions. I feel it needs to be taken seriously now more than ever.”

Botas has returned to Houston, where she can share her new outlook with others.

"Once you're healed, you will see the light and understand that you were put in this situation for a reason," she said. "You were put to become a testimony for somebody who's also going through it, and also is feeling dark about their diagnosis. This is not the end at all."