Cyndel Surdovel had just suffered a miscarriage when the pandemic hit and forced her IVF clinic to close, deeming treatments, "elective". 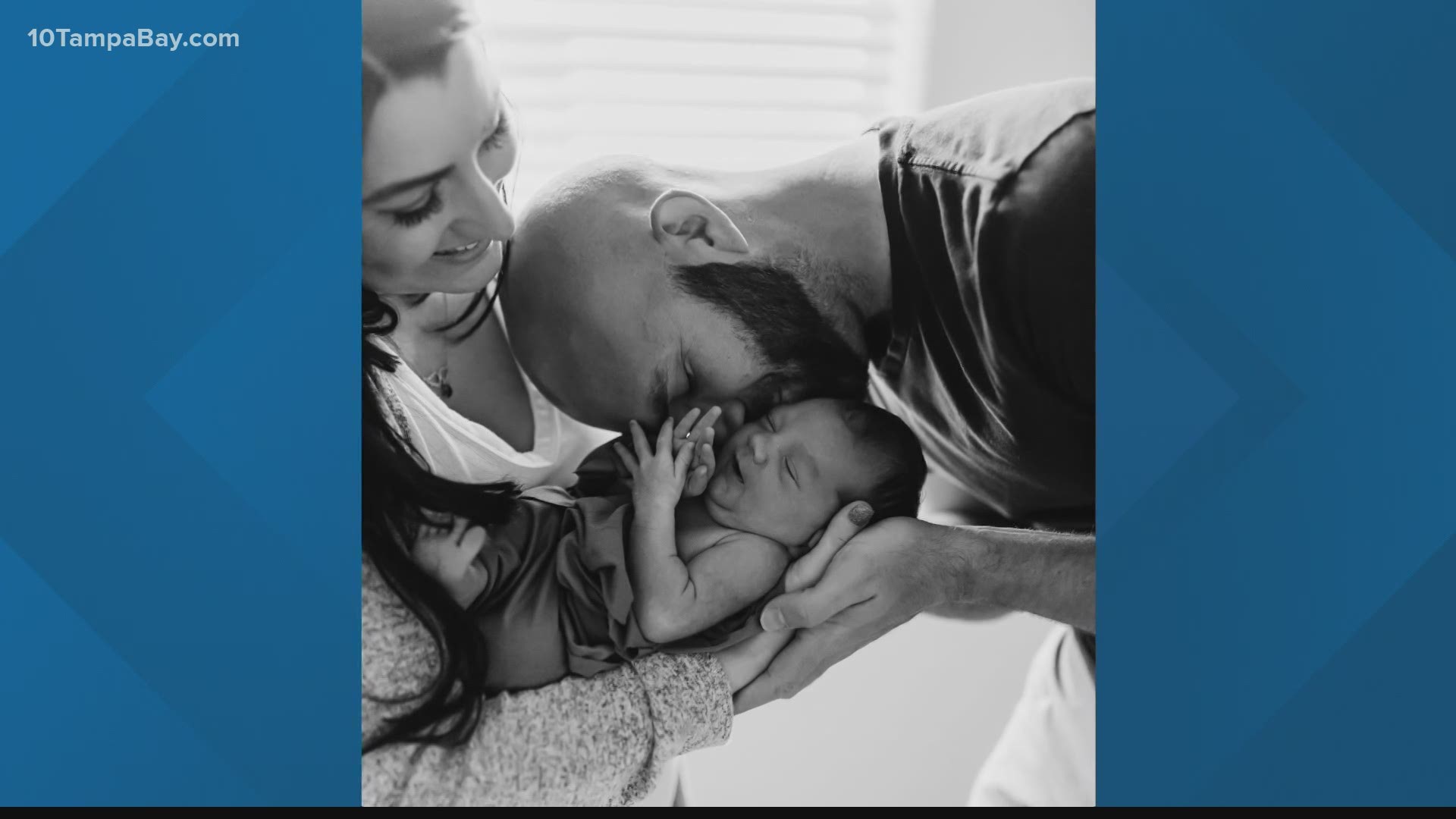 WESLEY CHAPEL, Fla. — Waiting can be hard for anyone, but no one knows the struggle more than a couple dealing with infertility.

One year ago, the COVID-19 pandemic forced many couples to delay their fertility treatments because it was considered "elective" or "non-essential."

Cyndel and Chris Surdovel of Wesley Chapel, Florida were one of those couples.

They had been trying to have a baby for three years and after a few failed fertility treatments and a miscarriage, the couple was just getting ready to try another round of in-vitro fertilization (IVF) when the pandemic hit.

"People who desperately wanted to have a baby were being told this was not allowed and this was an elective surgery as if we were getting a nose job. It felt demeaning and demoralizing to be told that your goals are not important right now," said Cyndel Surdovel.

She called Mother's Day 2020 one of the hardest days to get through on her fertility journey.

"One, we had just come off of a miscarriage so my hormones were still raging, two, because we were told, hey sorry, you can’t move forward," she said.

Surdovel said she specifically remembers staying off social media that day because it can be a trigger for her own pain.

"I did not what to see their pregnancy announcements and people holding their babies because that’s what I wanted so badly," she said.

The next month, in June, the Surdovels re-started their fertility treatments after their clinic re-opened their doors. The embryo transfer worked and Surdovel gave birth to a baby boy in January of 2021, six weeks earlier than expected.

"I’m so blessed to be here. I can’t even believe sometimes that this is my life," she said of her thriving baby son.

As for Mother's Day 2021, Surdovel says, "Half of my heart is joyful and the other half is mournful for people who are still waiting."