Redmond restaurant surprised by $1,000 Christmas tip as it tries to survive pandemic

The $1,000 tip buoyed spirits at El Toreador Mexican Restaurant, which has been hanging on since the start of the pandemic. 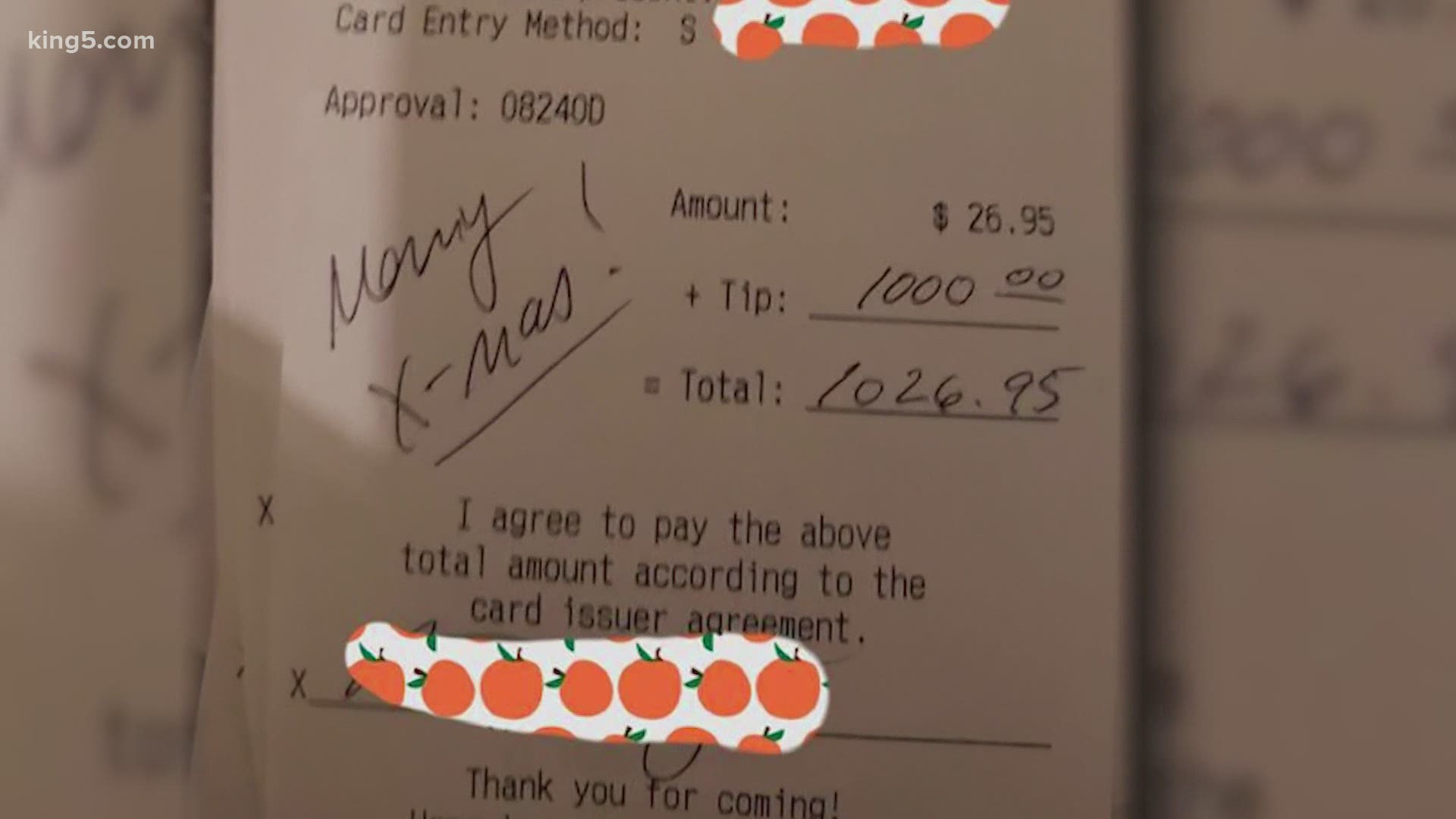 REDMOND, Wash. — For 40 years, a Mexican restaurant has thrived in downtown Redmond – well before Microsoft and nearby luxury apartments sprouted up.

“This was like a horse town. I’ve seen horses go by the front of this restaurant,” said Mark Mahan, one of the owners of El Toreador Mexican Restaurant.

Mahan’s mother, a Mexican immigrant, opened the business in 1979. Today,  they’re in the same building using the same recipes. Eight months into a global pandemic and they’re still holding on.

There's no outdoor dining like their neighbors. Instead, they’re a sit-down restaurant surviving on takeout alone.

“We haven’t taken a profit since March,” Mahan said.

“As I thought about it, I thought, ‘You know what? Everybody is going to get some of this,'” Mahan said.

“I’m going to start passing out money to the guy that is in the kitchen now. All my coworkers.”

In a year with so much bad news, Mahan says it’s not uncommon to see tips of $50 even $100 dollars. People who know their industry is hurting and want to help.

“His act of kindness is going to go a long way, because who’s not going to smile about getting $50 to $100 dollars,” Mahan said.

While the big tip is nice, the reality is the business hasn’t operated at capacity in eight months. There’s no telling how much longer this will last.

“It’s a marathon, definitely not a sprint. This is going to be going on for a while,” Mahan said.