Some Highlands businesses adjust hours after vandalism during Wednesday protests

During the march, some people knocked down tables and chairs at a businesses, some had their windows smashed. 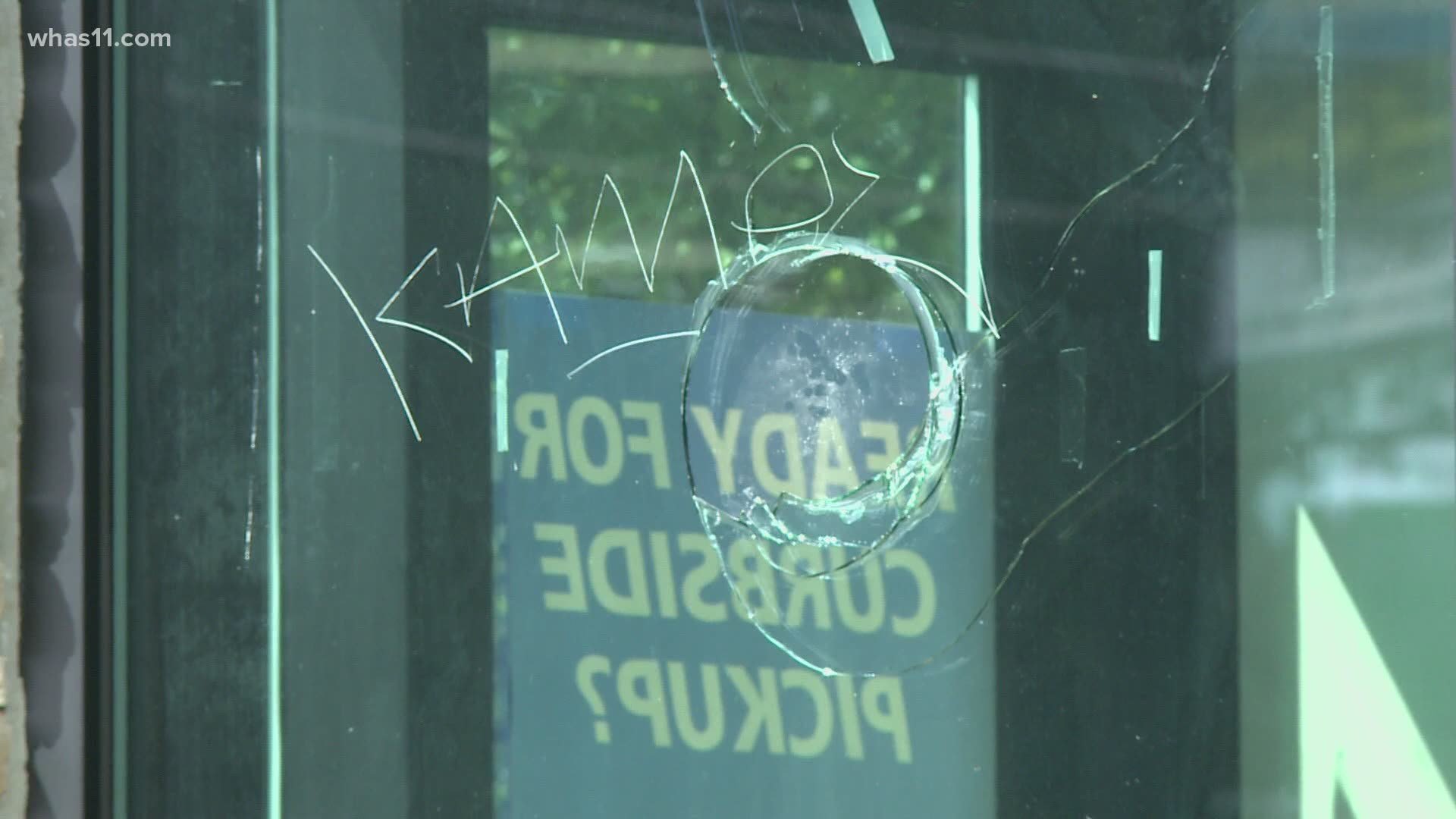 LOUISVILLE, Ky. — The number of wooden boards going up in the Highlands along Bardstown Road may have gone up after the first night of protests following the grand jury's decision to not indict any of the officers for shooting and killing Breonna Taylor, but overall the boards are more the exception than the rule.

During the march, some people knocked down tables and chairs on The Joy Luck restaurant's patio, though there was not any serious damage to the building.

"It was very fast and hard to process and you just kind of act on instinct at that point on what to do," general manager Nicholas Huzl said. "They had a couple other people try to pull them back and there was a guy with a megaphone saying, 'No violence.'"

The Sherwin Williams paint store a block down the street was also damaged with one of its exterior windows smashed, but an employee at the store said no one was inside the store at the time and the glass was not broken through. The paint store had closed at noon Wednesday in anticipation of protests and closed early again Thursday out of an abundance of caution.

Next door, Big Mike's Shaved Ice was also vandalized for the second time this year. On the business Facebook page, the owner said it would be closed through the weekend but will reopen Monday.

Huzl said he saw the broken glass Thursday morning on the way to work and helped clean up some of it up before the owner arrived.

"We are a community here and we nwant to help each other out the best we can," he said. "I knew it was supposed to potentially rain so I didn't want him getting everything soaked inside so he had someplace decent to come back to."

As for The Joy Luck, there are no boards going up for now. The restaurant will only close slightly earlier to accommodate the city's curfew at 9 p.m., though Huzl said he could close early again if needed.

LMPD reported a few other businesses were also vandalized Wednesday night, including two City Gear stores and a pawn shop in the Highlands.