There's been a lot of engine noise during the early morning hours, a neighbor said. 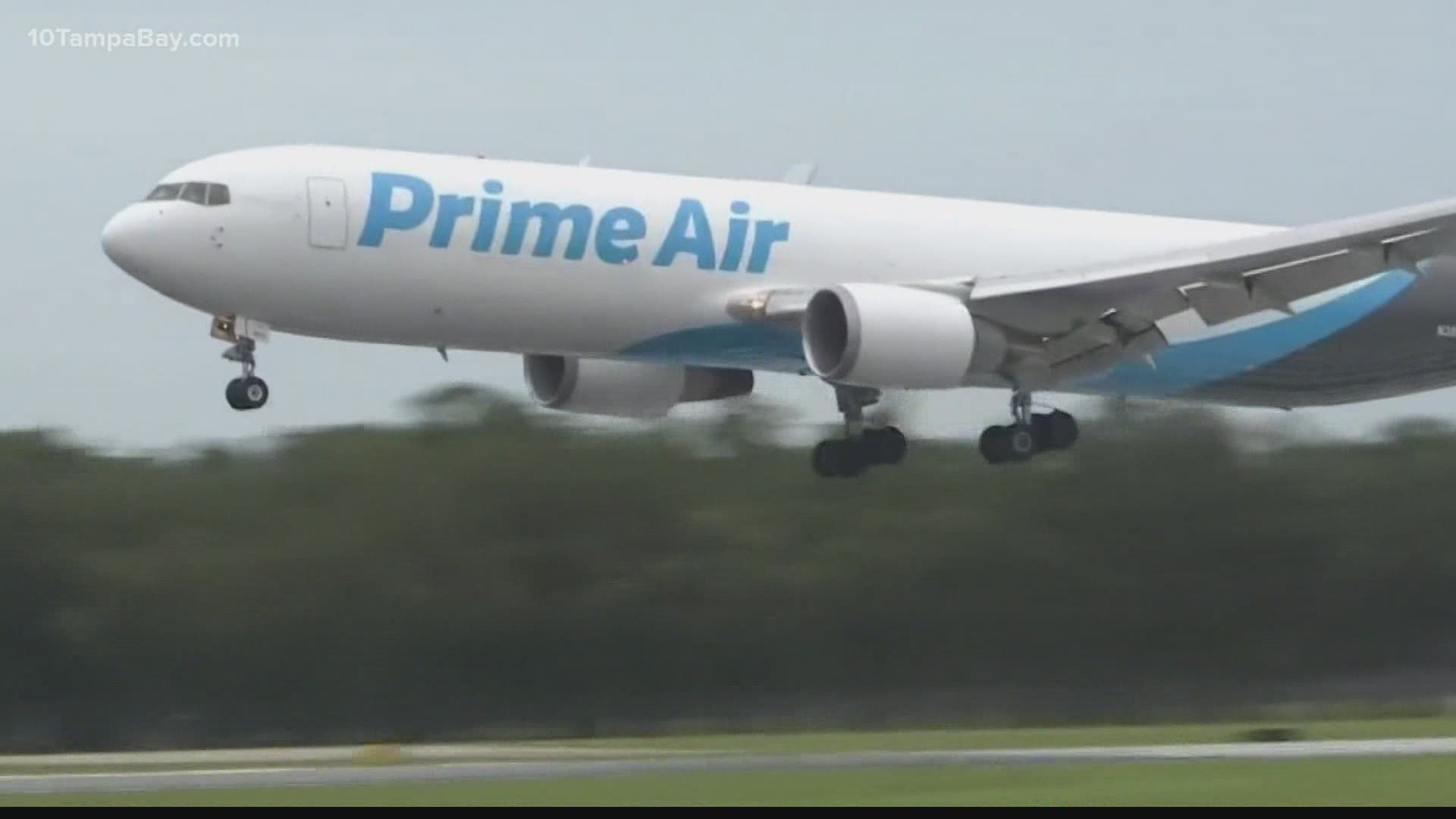 LAKELAND, Fla. — When Amazon Air started flying in and out of Lakeland Linder Airport a few months ago, it was greeted with plenty of enthusiasm with money and jobs for the local economy.

But now some neighbors are starting to complain about all the noise as the carrier has ramped up its operations.

“At first it was shocking to be completely honest,” said Craig Cummings, who lives about a mile from Lakeland Linder Airport.

“The planes would fly over and the house would rumble enough that he would wake up crying. Screaming,” Cummings said. “And we would have to go in and try to console him at a time, like at 11 at night or something and sometimes as early in the morning as four in the morning.”

Cummings appreciates having Amazon and other businesses moving into his Lakeland neighborhood. He says it’s good for the economy and has helped bring jobs for lots of his neighbors. Property values are also increasing.

It’s just all that engine noise at four and five in the morning that he -- and a growing number like him -- could do without.

“It’s certainly gotten to the point where if there is something to be done, I certainly hope that they would push forward with that,” Cummings said.

Lakeland Mayor Bill Mutz says he knows exactly what folks are talking about because he lives in the flight path himself.

Mutz says the city of Lakeland started to get more complaints as Amazon, which launched its cargo hub at Lakeland Linder Airport in July, started ramping up its operations.

At first, it was just one or two flights. Now it’s eight a day, with three 767 jumbo jets and five Boeing 737s.

“Amazon is doing a great job of trying to mitigate that,” Mutz said. “But we really need the cooperation, particularly, from seven at night until maybe six in the morning.”

The airport says the number has recently gotten up to about 45 complaints.

Part of the noise issue is created by Amazon’s airplanes being told to stay low to the ground -- under 2000 feet -- until they get several miles downrange.

That’s because Lakeland Linder Airport is wedged between Orlando and Tampa International.

To accomplish that, Lakeland Linder Airport is hiring a consultant group made up of former air traffic controllers who understand the issues. Eventually, they will ask the FAA to approve a plan that allows Lakeland’s air traffic to climb faster.

City leaders admit by the time it all gets worked out, Cummings’ baby boy could be walking and talking. And with three times as much commercial traffic flying in and out of Lakeland Linder in the next few years, they fully expect to hear more noise about the noise.

“But there’s ways to try to make it as manageable as possible,” Mutz said. “And we will grow and be intentional about doing that.”

“From the basic information I’ve read it seems like there’s at least potentially someway to try to move forward,” said Cummings, “And that’s encouraging.”