The COVID-19 pandemic, nightly protests that sometimes result in violence and an ongoing homeless crisis have left some business owners feeling helpless. 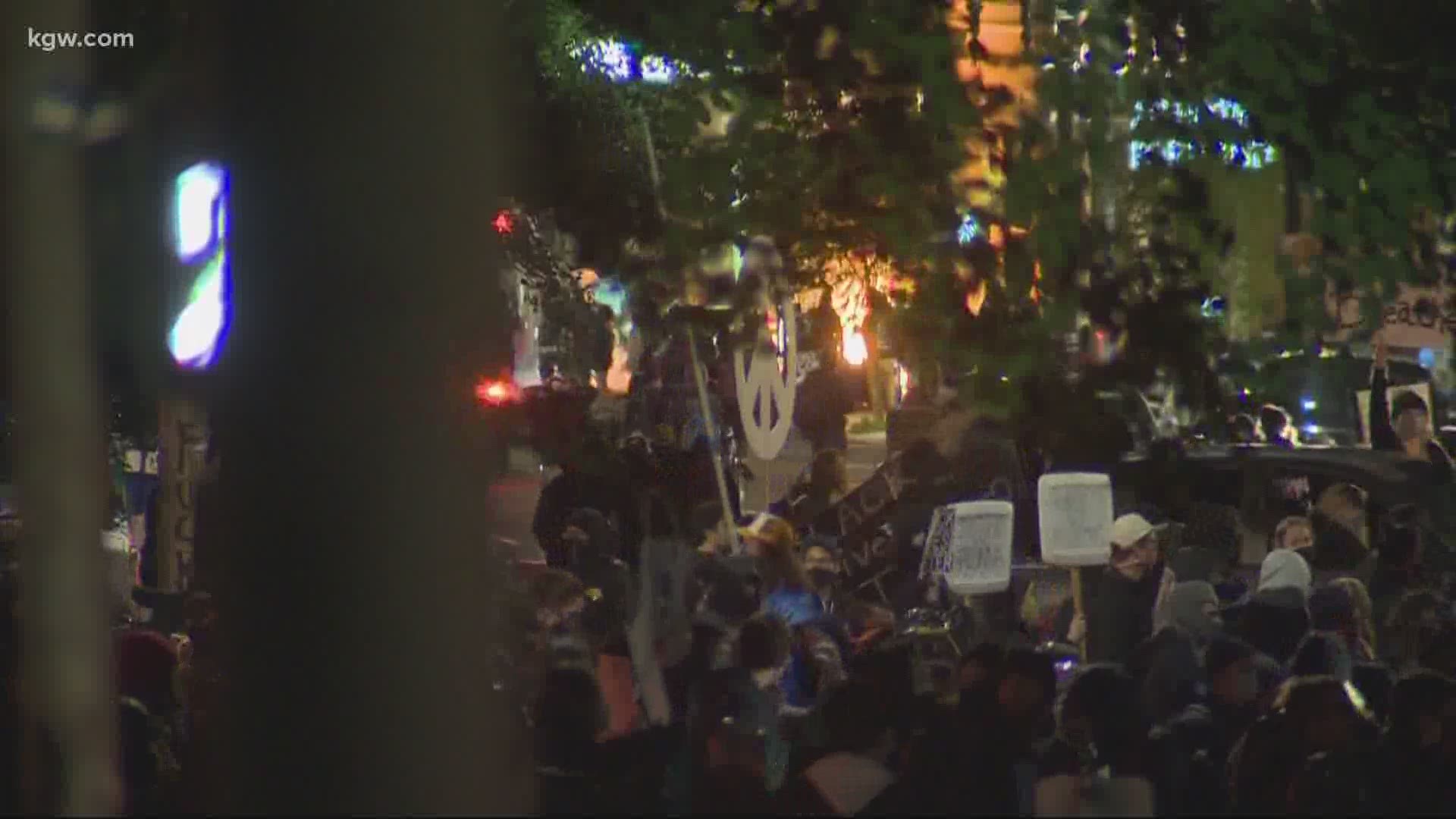 PORTLAND, Ore. — If you haven't been to downtown Portland recently, be warned, it's changed.

People who are homeless seem to be everywhere, there is graffiti and garbage and blocks and blocks of boarded up windows. No one likes what has happened to the city.

“What was bad prior to COVID has gotten enormously worse. Which is a humanitarian crisis,” said Andrew Hoan.

Hoan leads the Portland Business Alliance, it’s the city's version of a chamber of commerce with 1,900 members.

“It is absolutely catastrophic how many individuals are now on our streets,” Hoan said.

But the problem downtown is far greater than just challenges with the homeless. Three months of sometimes violent protests have left many business owners reeling. Some have seen their shops looted or robbed, and customers are afraid to go downtown.

“There’s no consequence for the crimes that are being committed here and that’s not OK,” said Stacey Gibson, owner of a Subway franchise in downtown Portland.

Gibson said her store got robbed recently and she said police were not optimistic about catching the thief.

She's tired of hearing promises from the mayor.

“Honestly, for me, it’s just a bunch of words. He’s been saying a lot of different things and to me actions are the only thing that matters. I am so frustrated with the way the city is handling everything. We’ve got three months of rioting going on here, its absolutely ridiculous,” said Gibson.

Mayor Ted Wheeler is talking about plans to help the downtown area. He discussed them in general terms Wednesday evening.

He announced during that news conference that he would meet with business leaders Thursday. They learned about it as they watched him speak. But they were ready for him and gathered during a virtual meeting with Wheeler to make sure he heard about the condition of his city.

“We had a number of businesses that were on the call today that brought up the point that when their shops have been looted or harmed in some way, that there has been an unresponsiveness because of a lack of the ability of the police to currently prosecute or investigate these issues. And he acknowledged that and admitted that is not acceptable,” said Hoan from the Business Alliance.

Wheeler, according to Hoan, proposed at least three new plans for downtown.

The first is to employ people who are formerly homeless and give them the job of cleaning up graffiti and garbage. The mayor proposed another plan to get the downtown parks cleaned each day before 8 a.m. Finally, he talked about creating additional places for 300 to 500 people who are homeless.

That plan includes expanding two existing outdoor homeless shelters and finding another building for more people. The ideas will cost millions of dollars and the mayor warned he will need agreement from other members on the Portland City Council.

Business leaders will be watching to see if the words turn to actions.