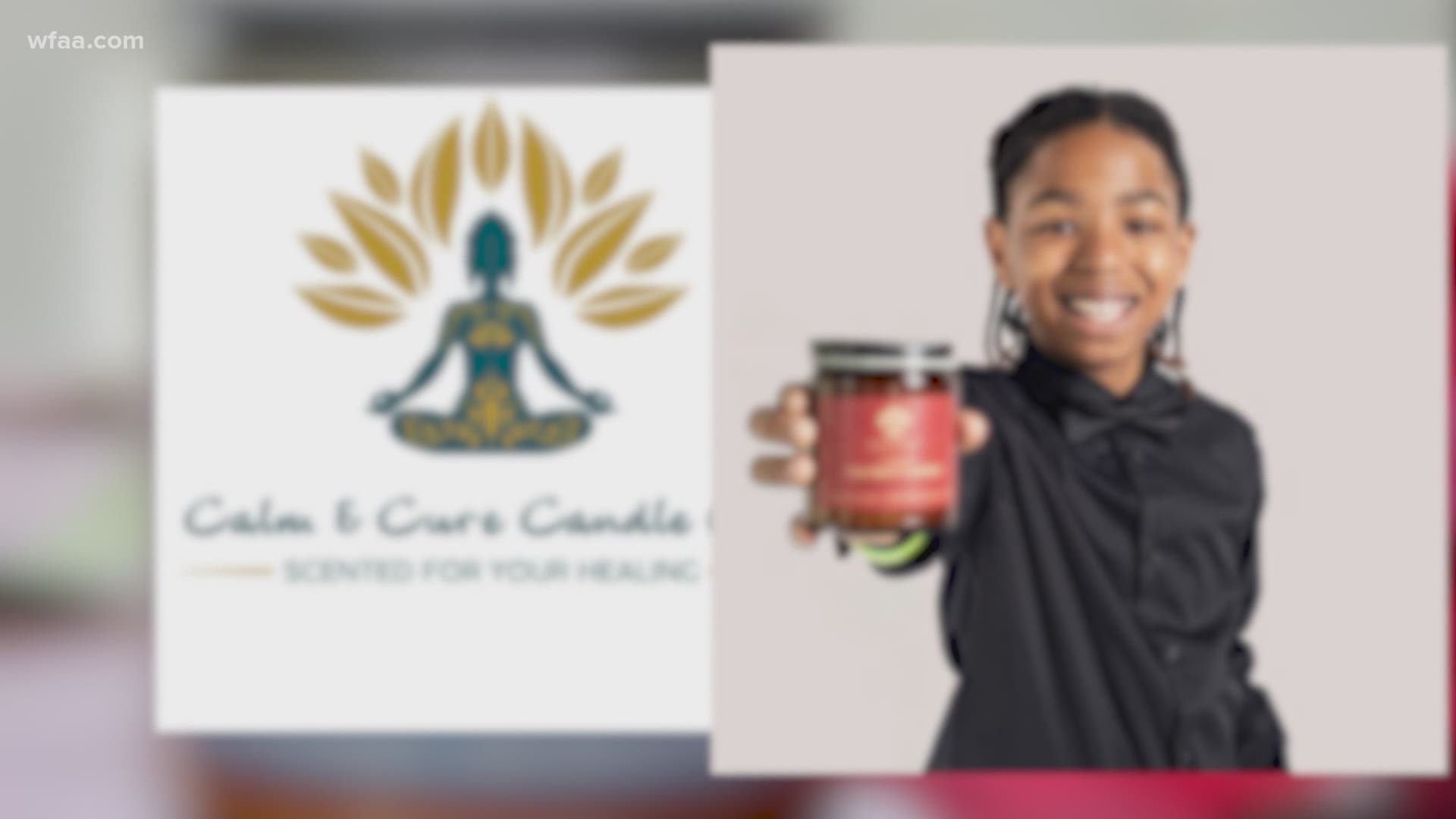 A Dallas 12-year-old is working to "calm the world" selling candles, hoping to help those struggling during a difficult time.

Uzziah started his business in the middle of the pandemic after seeing all of the social unrest in the country.

“And I was saying to myself, ‘Man, I want to calm these people down and help them be happy during this horrible time’,” Uzziah said. “And I really feel like I’ve helped some people calm down and be happy during an unhappy time.”

Uzziah's candles also benefit people in need — he said he donates 10 percent of all of his proceeds to mental health organizations.

RELATED: Here are 10 heartwarming stories you might have missed in 2020

"Someone has to have a calm mind to be really happy,” Uzziah said.

He started making candles to help his mom Nakia, who was diagnosed with PTSD after working in federal law enforcement. He made candles to ease her mind. Now he’s trying to help others.

“He said, 'Mom, I’m going to calm the world by making them the same candles that I make for you.' It has actually happened, I could not thank God any more,” Nakia said. “We tell every single person that we are sending them love and light. Uzziah’s heart and my hope goes into every single one of these candles.”

RELATED: 'Happiest day of our lives,' 'we're just so thankful': People around D-FW share their good news from 2020

The business started in the kitchen of his old home in Tacoma, Wa. Eventually it moved to the basement, but in December it grew to a point where they moved to Texas, where Uzziah's grandparents get to help, too.

“Ever since we’ve been here, Granddad is in here labeling candles, Grandma is cleaning the candles, and he has a cousin who helps us and we are just in here all day,” Nakia said. “There are so many other people wanting to support this young boy’s dream and mission, and I am going to be behind him 2,000 percent trying to make sure we are reaching the world one candle at a time.”

Uzziah says he’s proud of himself.

“It makes my day, every single day, seeing people ordering, and knowing that I’m making people happy during a time when a lot of people aren’t happy,” he said with a smile.