Tampa company helps first-time offenders get back on track

The company's owner says he wanted to expand its diversity and inclusion initiative, so he teamed up with a nonprofit out of Atlanta to help. 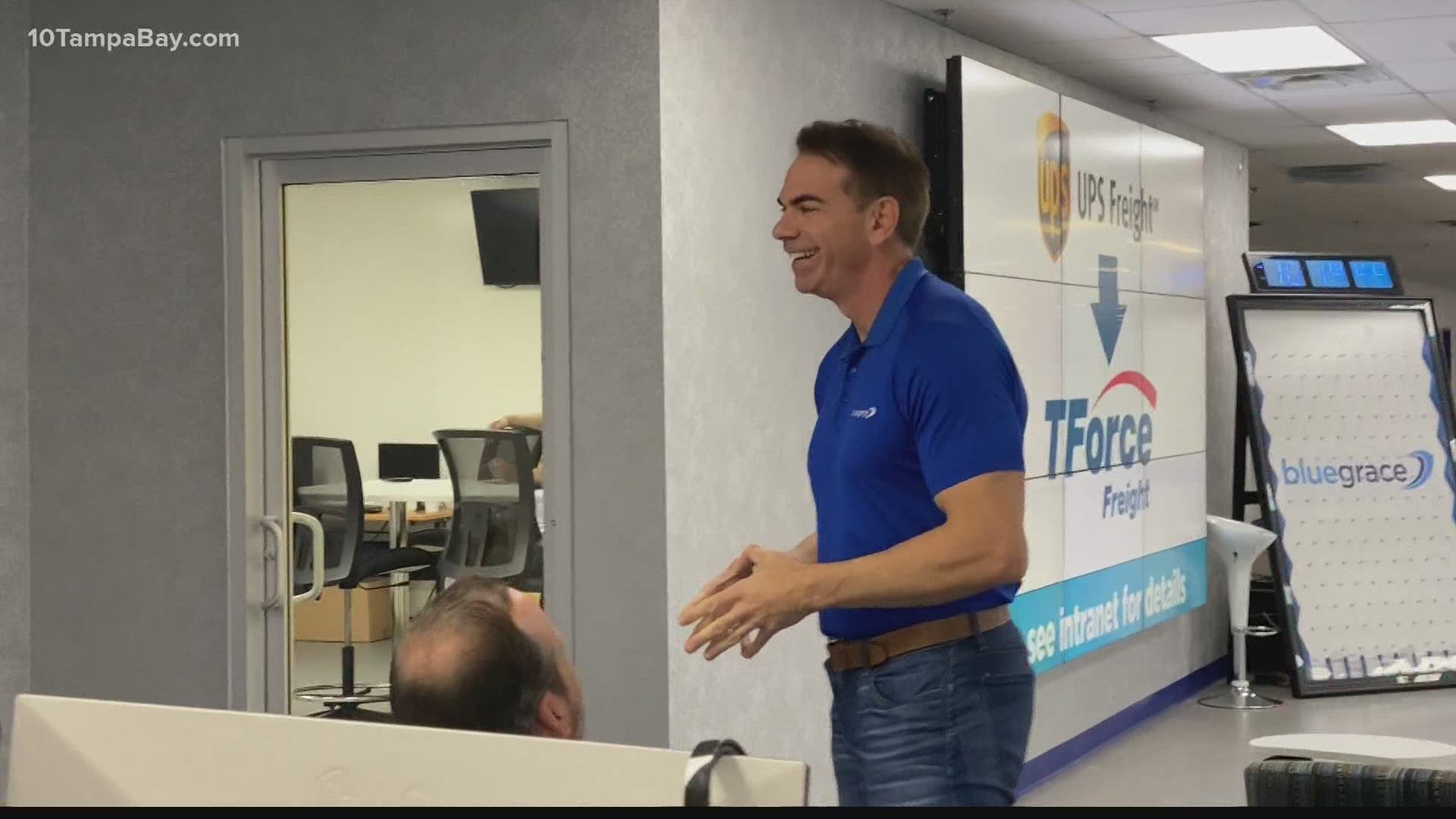 TAMPA, Fla. — Expanding that hiring pool and giving people second chances: That's the goal of a Tampa company that just entered a partnership with a nonprofit helping first-time, nonviolent offenders get back on track.

Bobby Harris is the founder and president of BlueGrace Logistics. He wanted to expand the company's diversity and inclusion initiative, so he teamed up with a nonprofit out of Atlanta called RED or Rehabilitation Enables Dreams.

It's a 12-month program that gets those first-time offenders out of jail and on track to a new life.

"So, it makes them students rather than inmates in the process. It's been wildly successful there, and we're hoping they'll expand into other areas like Tampa."

RED is a 12-month program that gives participants the skills they need to re-enter society successfully and often with a job, which can be the key to keeping them from re-offending.

"Although it's much cheaper than probation, it still has some costs. So, we're a financial supporter, but we're also helping them with their curriculum, mentoring and developing and ultimately we hope to hire some of the actual participants that come out of RED."

Harris said he wanted to take on this partnership with RED because he has seen firsthand what programs like this can do for companies and the community as a whole.

"We feel like everybody deserves a second chance, but we've also done this throughout the years and found that your most loyal workers are ones that you gave the opportunity to."

Harris said programs like RED also provide a great opportunity to expand the hiring pool at a time when many businesses need workers. He's also hoping partnering with them will help bring the program to other cities like Tampa.