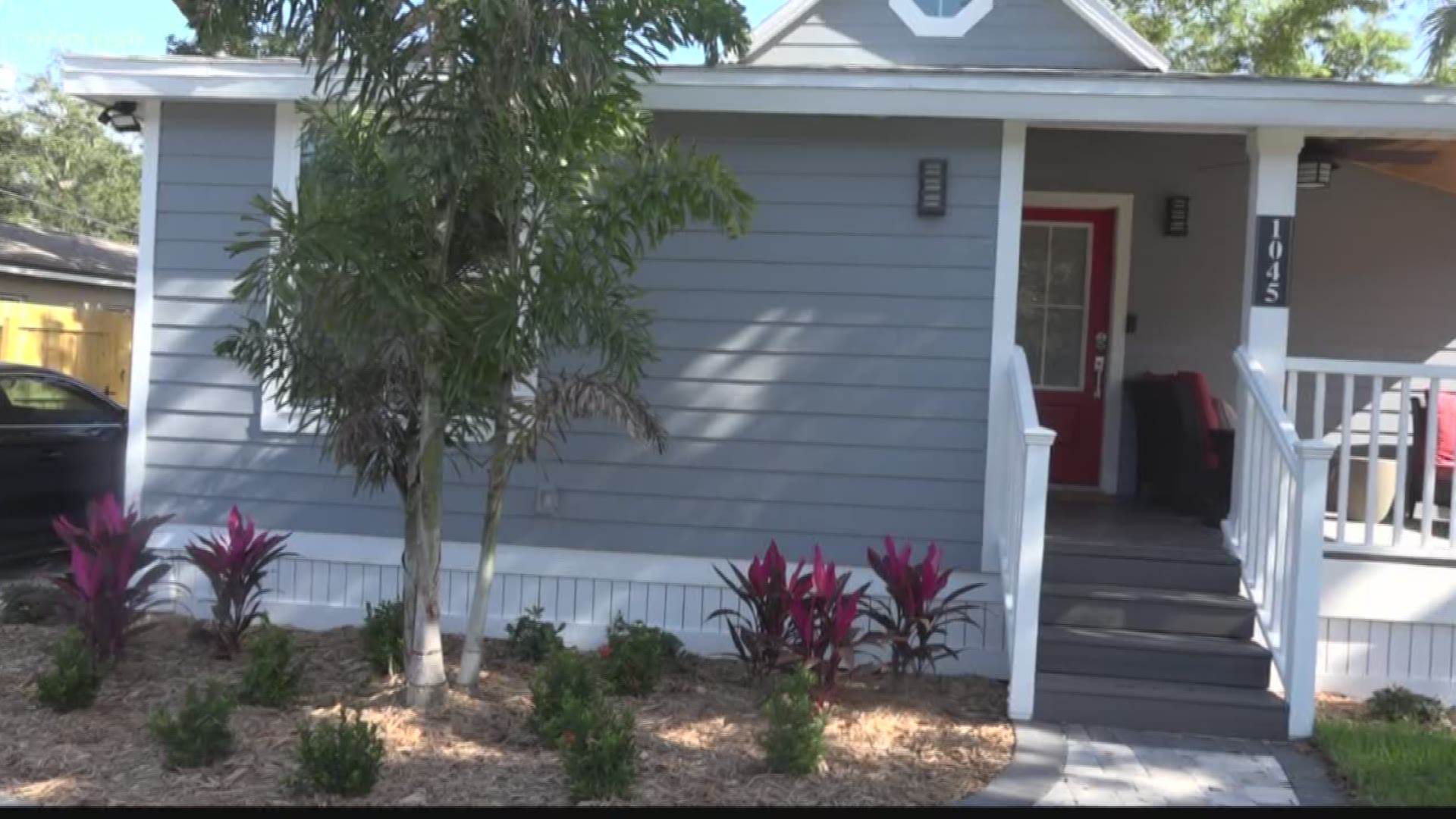 DUNEDIN, Fla. — Permitting problems in Dunedin have become a nightmare for one homeowner trying to turn her fixer upper into a short term rental property.

“My client has invested significant personal funds in the purchase and upgrade of this home. They would not be able to make their money back from just selling the property,” homeowner attorney Christopher Krampert said.

Before and after photos show the massive investment made on the home – the homeowner putting more than $300,000 in the project total.

Before buying the fixer upper, she checked the city’s website, city map and spoke with two permit employees, who she says all confirmed the property could be a short term rental.

But after she purchased the home and started investing in it, problems started.

“The map was changed and then removed from the city website,” Krampert said.

Krampert says after they took the map down, the city started to backtrack and offered the homeowner a settlement because they admitted the map was wrong.

But by then, she had already invested in the home.

“They signed the settlement without counsel and were assured that it had to go to the commission and be approved,” Krampert said.

But for some reason it was removed from the city council meeting agenda, leaving the homeowner stranded. 10News asked Dunedin City Manager Jennifer Bramley why the city chose to withdraw the settlement.

“You would have to ask the homeowner, they withdrew the settlement,” Bramley said.

But the homeowner says that’s not true, they only asked what the withdrawal process was and did not submit anything formally.

“The city commissioners directed city staff to sit down with the homeowner to discuss the settlement agreement,” Bramley said.

The homeowner is still waiting for that meeting. One they hope leads to getting their conditional use permit to rent out the home.

“It’s very frustrating and devastating to my client as long as this goes unresolved,” Krampert said.

“They are losing money and re-thinking doing business in the city of Dunedin from now on.”