A look inside The Independent, Austin's tallest building

The Independent Austin condos are filling up fast. The developer expects the tower to be full by October. 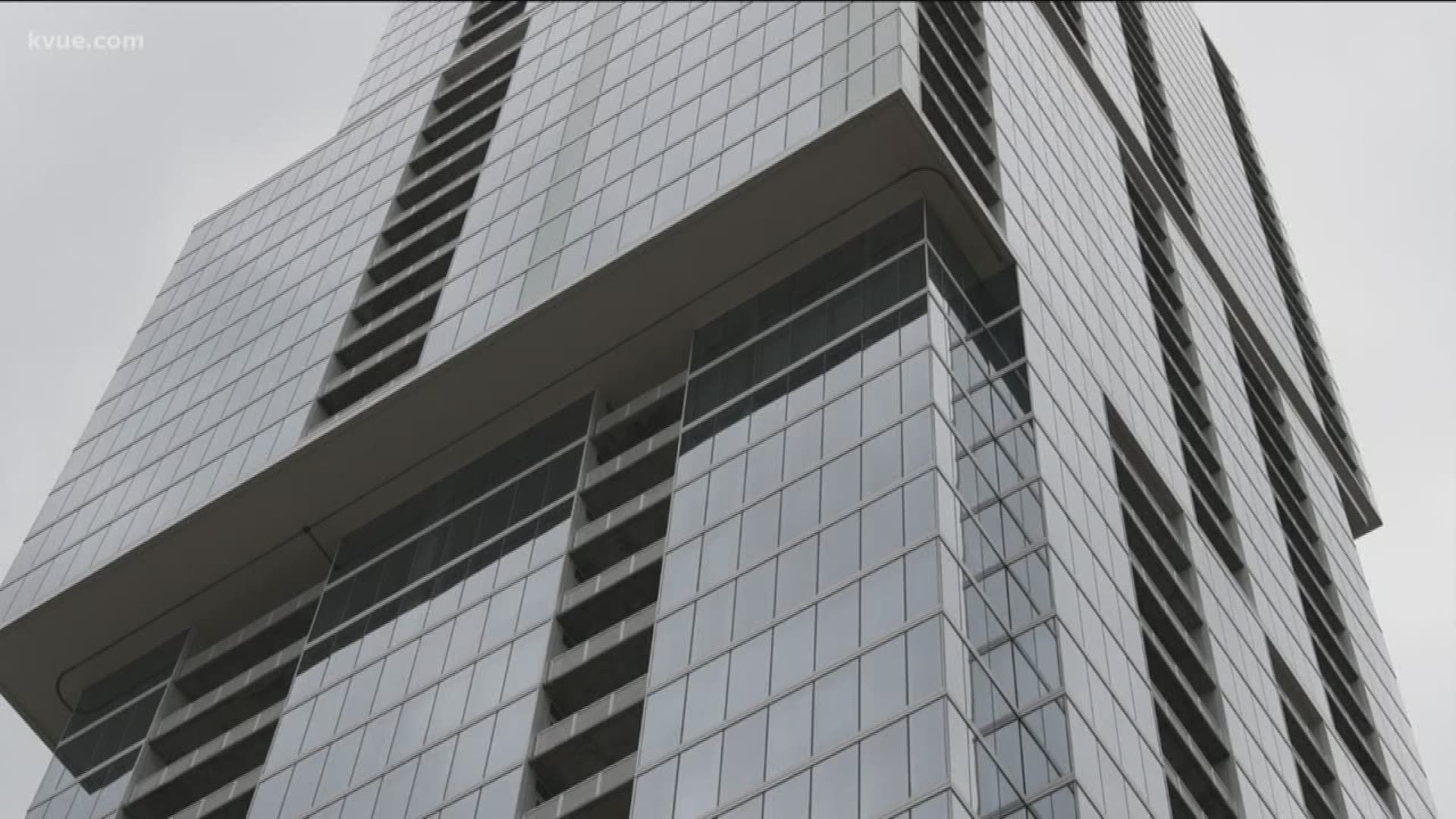 AUSTIN, Texas — KVUE's Boomtown 2040 initiative is a look at the growth in Central Texas. And some of that growth is up – way up – in the form of Austin's tallest building.

It's called The Independent and it's a 685-foot tower located downtown.

Aside from just being the tallest building in Austin, it's also the tallest residential tower west of the Mississippi River.

“We knew we wanted to make something really kind-of dramatic on the skyline,” said Brett Rhode, the chief architect of the project with Austin-based Rhode: Partners.

PHOTOS: Inside The Independent Austin condos

You can see those views even from the ninth level, where Tuesday's media tour began.

That floor contains a lot of the amenities, like a common living room area, a dog room with a shower and a kid's room with a small synthetic outdoor lawn.

There's also a pool with angles as asymmetrical as the building.

“Ever since we unveiled our first renderings five years ago, we just always viewed that as a positive,” said Ryan Fetgatter, a developer with Aspen Heights. “People were talking. It was thought-provoking. And its architecture is like art, so it is supposed to be there to spur ideas and conversation.”

The 34th floor sits on a ledge, with a theater and board room suspended in the air.

Rhode said he played with Legos and Tinkertoys growing up, but he didn't hear about Jenga until his building was compared to it.

“And I said, 'Really?' I thought that was some sort of monster or something like that,” Rhode said with a smile.

The last stop on the media tour was the 55th floor, with nearly-360, beautiful views of Lady Bird Lake and the Austin skyline.

Though the tour didn't include the very top of the building, KVUE asked the architect why it looks a little unfinished.

“There are these diagonal braces that stabilize the structure in the wind,” Rhode said. “We didn't want to conceal that. We actually wanted to show that and have that be part of the overall design.”

People have strong opinions about The Independent's "crown," but Fetgatter sees it as a win.

“I think that if people are feeling something about the design, we did something very, very right,” Fetgatter said.

Almost all the residences at The Independent are already sold. The price range for units is $400,000 to $5 million.

Here are some more fast facts about The Independent:

WATCH: Frost Bank Tower in Austin: The conspiracy theories and truth behind the building

Here are the new laws going into effect in Texas on Sept. 1