The second tower at Tampa's newest apartment building, Heron, just opened and already people are flocking to move in. 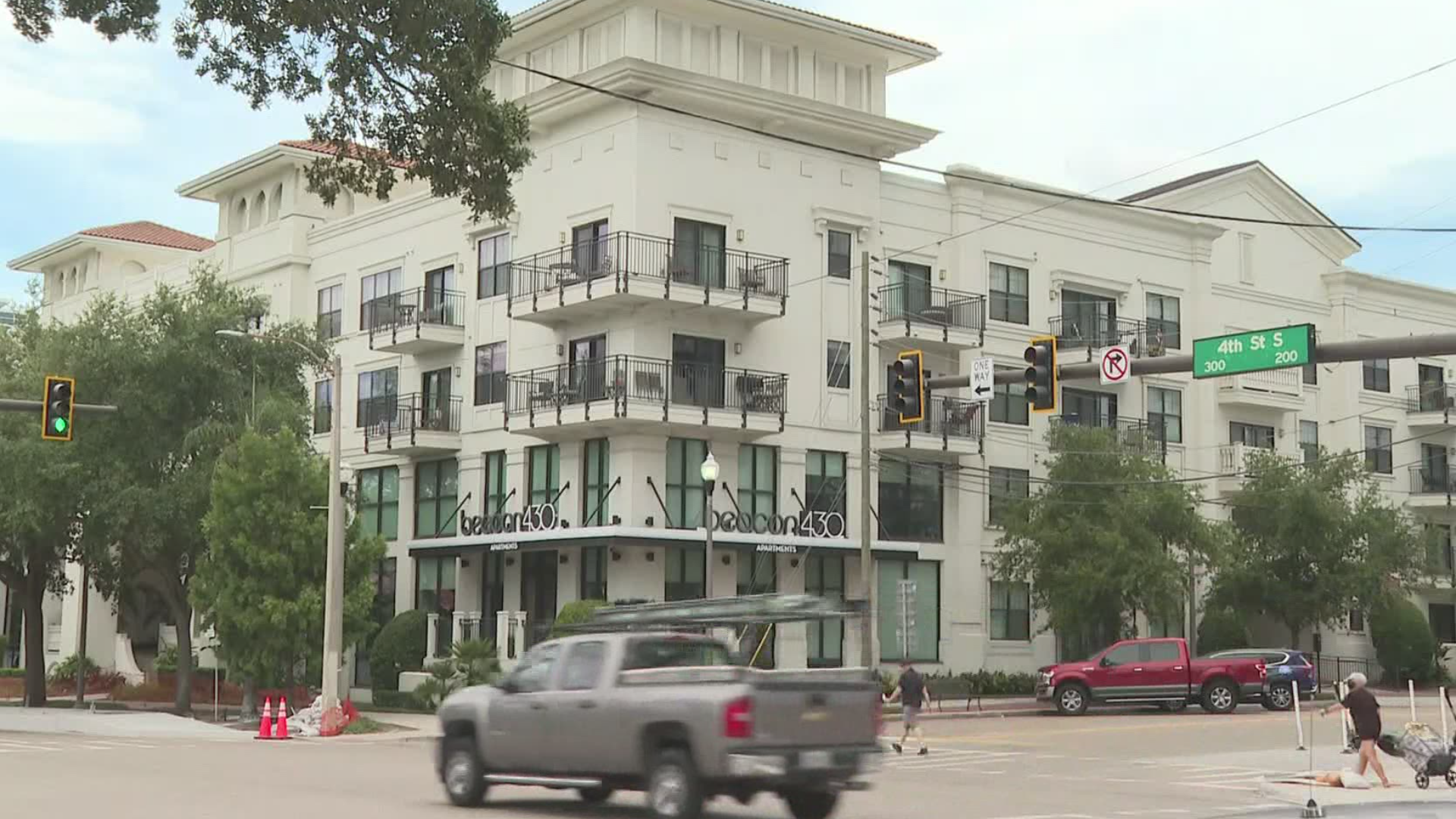 TAMPA, Fla. — Rent at the Water Street residential building starts around $2,300 a month for the smallest one-bedroom and can easily jump to $6,000 a month for a larger two-bedroom.

“Some people are very attracted to this type of lifestyle,” said National Association of Realtors Chief Economist Lawrence Yun.

And while Heron has some of the highest views and prices in Tampa, the rent here isn't that far off from what you'll pay elsewhere. Across the Bay area, the average asking price is just over $1,700 a month, with downtown units going for over $2,000.

“Tampa has one of the fastest rent appreciation rates at the moment among major metro areas,” Zillow senior economist Jeff Tucker said.

He says the average rent has gone up over $200 a month in some cities and Tampa is among those leading the pack.

Rent here has jumped 17.4 percent year-over-year, only behind Las Vegas and Austin.

“I think that’s a reflection of Tampa sitting in kind of a sweet spot as a southeastern destination,” Tucker said. “Northeasterners really took this opportunity to rethink how much they’re paying for rent and what kind of climate they could get for the same or at often less rent.”

Tampa Bay’s red hot housing market isn’t helping either with many people looking to buy getting priced out of the market and deciding to rent instead.

And while developers are rushing to keep up with demand, Yun says building a big apartment tower doesn’t happen overnight.

“The number of new residents coming in is very strong and it just takes time to build.”