The force is strong with The Child. 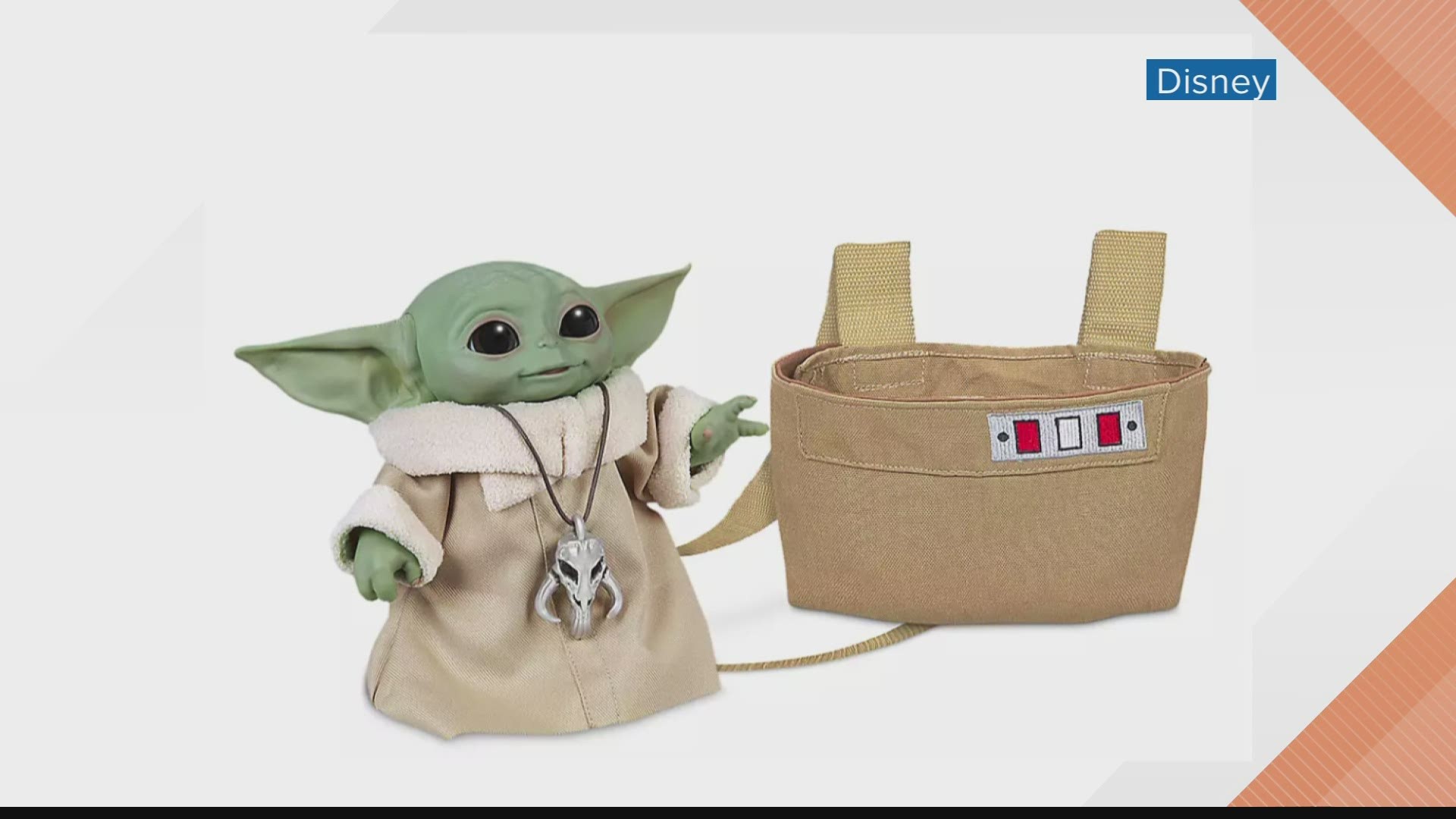 LAKE BUENA VISTA, Fla. — Star Wars fans and fans of the cutest green baby Jedi can rejoice! Disney has unveiled new toys featuring The Child (AKA Baby Yoda) as part of its Mando Monday promotions for the second season of The Mandalorian

These aren't the toys you grew up with when the original Star Wars trilogy was released back in the '70s and '80s. One is an 11-inch-tall walking plush toy (yes, you read that right, it walks) from Mattel, and another is a Hasbro squeezable toy that makes 10 different sounds.

Designers of the walking plush tell USA Today they tried to stay true to "the characteristics that everyone knows and loves about him - like the way he wobbles when he walks."

People magazine already has the animatronic and talking toys on its top 100 toys of 2020 list.

Fans of the show remember when it premiered last year, there was no merchandise, because Disney wanted to keep the entire premise of the show a secret, so viewers were shocked when The Child made its first appearance during the series premiere. It was a move that analysts say cost Disney hundreds of millions of dollars by missing last year's holiday season.

Both toys are available for preorder right now on ShopDisney.com and will be available in Disney stores and the parks on Nov. 9.

The new items don't stop with The Child, you can also pre-order a new Star Wars The Mandalorian Monopoly game, and new Funko Pop! Vinyl Bobble-heads of Cara Dune and The Mythrol.

Season Two of The Mandalorian premieres on Disney+ Friday, Oct. 30.