Industry analysts have yet to fully explain, or even comprehend, the extreme enthusiasm for its stock that's being driven by large numbers of online traders. 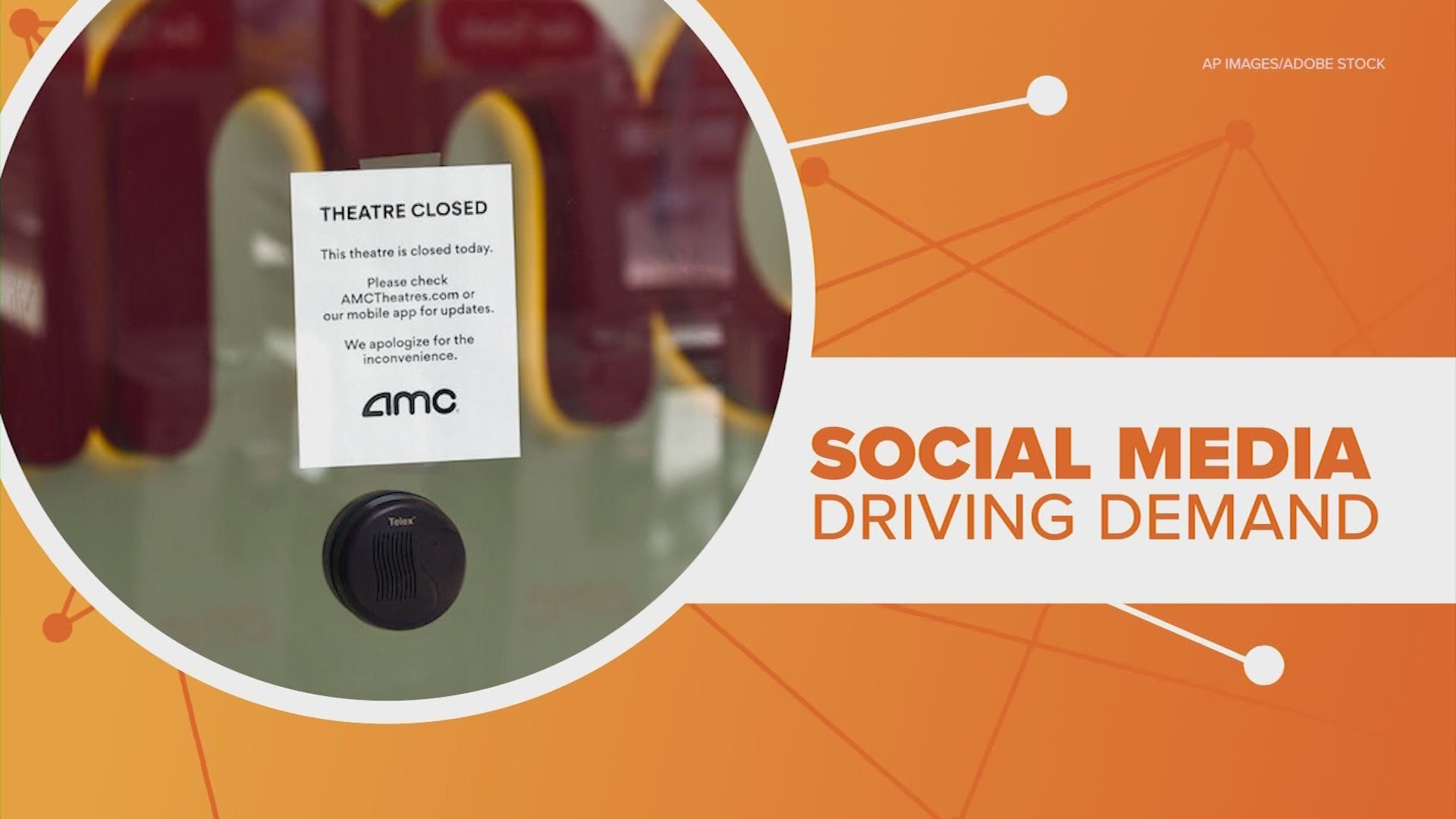 WASHINGTON — AMC may sell up to 11.6 million of its shares with a trading phenomenon pushing stock in the movie theater chain up almost 3,000% this year, and 140% just this week.

AMC is emerging from pandemic lockdowns that threatened the very existence of the company. Industry analysts have yet to fully explain, or even comprehend, the extreme enthusiasm for its stock that being driven by large numbers of online traders who seem to disregard the rough path the company faces in its recovery.

AMC acknowledged that phenomenon Thursday in a filing with the U.S. Securities and Exchange Commission when it announced the potential sale of shares “from time to time.”

“We believe that the recent volatility and our current market prices reflect market and trading dynamics unrelated to our underlying business, or macro or industry fundamentals, and we do not know how long these dynamics will last," AMC said in the filing. "Under the circumstances, we caution you against investing in our Class A common stock, unless you are prepared to incur the risk of losing all or a substantial portion of your investment.”

The announcement in a regulatory filing on Thursday comes just two days after the company said it was raising $230.5 million through an 8.5 million share sale, and a day after it offered its new investors free screenings, discounts and a free large popcorn.

AMC said it plans to use net proceeds from any sale of shares for financing and theater acquisitions, among other things.

The smaller investors piling into AMC and other “meme stocks” like GameStop, the gaming retailer that had been rattled by shifting technology, are known in the industry as “retail investors.”

The distinction is used to separate them from the pension funds, mutual funds and other institutional investors that typically dominate a company’s ownership. At AMC, retail investors made up more than 80%, as of mid-March.

Retail investors have become a much more powerful force across the market in recent years. Easy-to-use trading apps and zero trading commissions have drawn in a new generation of traders. So did the pandemic, which meant millions of people were suddenly sitting on their couches with little else to do.

Social media has amplified their power further, with threads on Reddit, Twitter and elsewhere quickly building momentum for some stocks. It was most apparent early this year when AMC, GameStop and a handful of other beaten-down stocks suddenly surged to shock and awe Wall Street.

Volatility in shares of AMC Entertainment Holdings Inc. continued before the opening bell Thursday. Shares that had been up about 20%, swung 30 points to trade down 10% after the share sale was announced.

However, shares that had cost about $2 at the start of the year, now cost more than $60 each.