Kayla Cox and Chance Ryan decided to tap into the vending machine market and offer products with a longer shelf life. 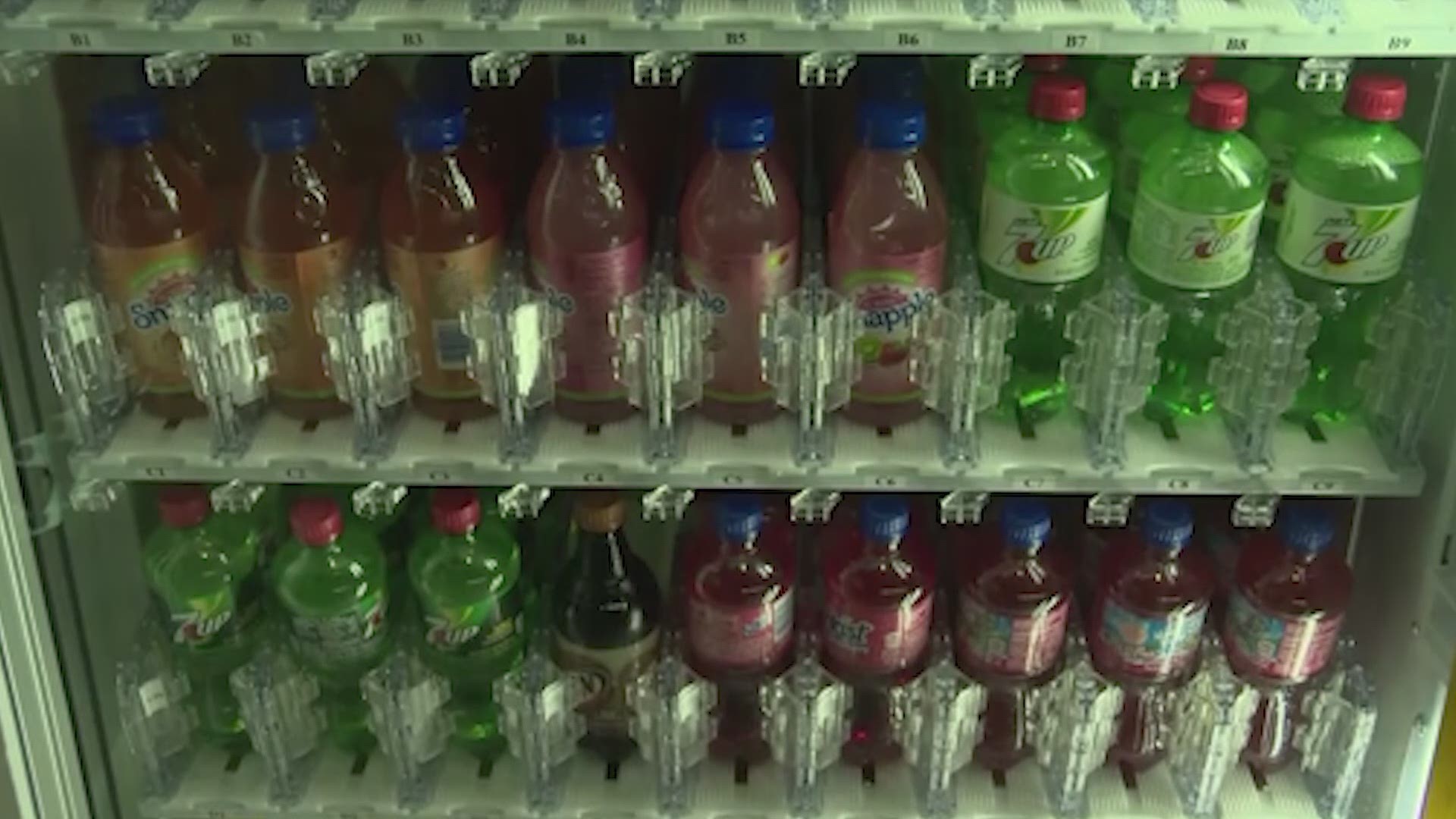 ST. PETERSBURG, Fla. — Vending machines have been around for quite some time.

Dating back to first century A.D. during the Roman Empire, when the Greek mathematician Heron of Alexandria invented a vending machine that dispensed water.

His machines dispensed envelopes and post cards and were popular in train stations and post offices throughout London.

In 2020, the vending machines industry pulled in nearly $134 billion worldwide. The United States earned an estimated $36 billion in the same year.

In St. Petersburg, Florida, a couple decided to tap into the vending machine market and offer products with a longer shelf life -- Art and collectibles.

"We make a lot of the stuff that goes in it. And we also work with local artists all over the Tampa Bay area,” said Kayla Cox who co-owns Lucid Vending with her life partner, Chance Ryan.

Ryan and Cox placed three of their creative vending machines throughout St. Petersburg. Two are in the Grand Central District and one in Pinellas Park. But they don't buy the machines brand new.

"We refurbish them all - we save them from the landfill, we like to think,” Ryan said. “It cost about $800 to $1,000 for a machine like that. And that's for everything, the machine and the credit card reader."

The two are far from making a return on their investment. The couple moved to St. Petersburg in the middle of 2020. Despite the difficulties of starting a business in a new town, in the middle of a pandemic, the two are 100 percent committed to their newfound venture.

"We had an investment in St Augustine, and we sold that,” Ryan explained. “We know if we can get about five or six machines that could support us, just to live, I think it could be a full-time job."