A vote happened Thursday. The funding will be used to give the facility a facelift. 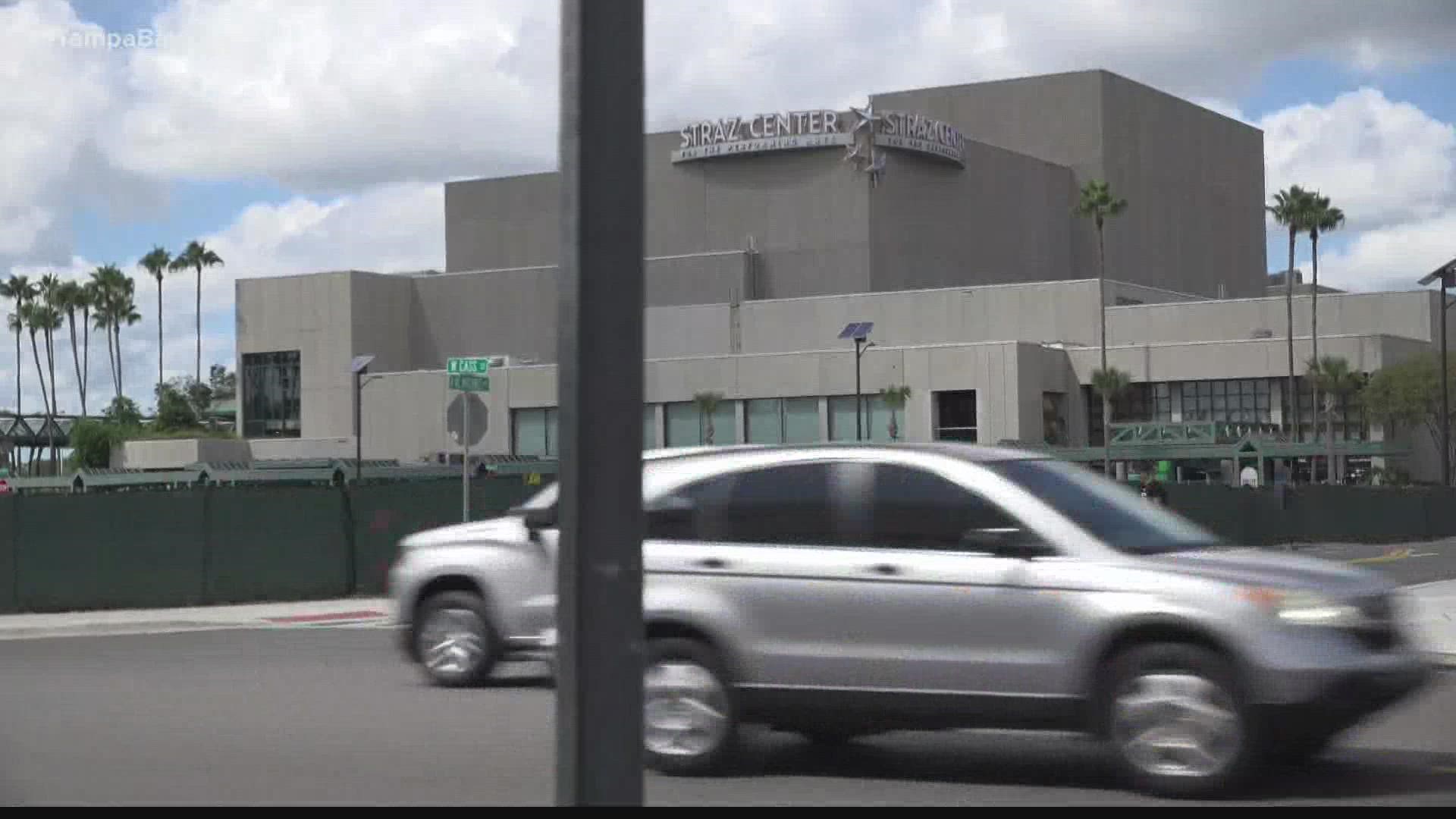 TAMPA, Fla. — The Straz Center for the Performing Arts successfully convinced Tampa to give it $25 million from the city's Community Redevelopment Area fund. Councilman Luis Viera was the lone dissenting vote.

Recent emails obtained by 10 Tampa Bay showed Straz board members asking city leaders to back the multi-year financial proposal, which got the green light from city council on Thursday morning.

"We want to be the living room of the community, so everybody feels that they have a place there," Judy Lisi, Straz Center president said.

The money will be used as part of The Straz's larger $80 million master plan, which will mark the largest expansion in the facility's 35-year history.

Lisi said the expansion will further boost economic impact from the center and its education programs. She added the city's commitment will ignite more funding from the private sector to support the center's initiatives.

The master plan will open up The Straz to the water, turning part of it into more of a gathering place along the Riverwalk. A new welcome center and north entrance are expected to be created on West Fortune Street.

A multi-purpose pavilion capable of holding 500 people will be built. It would be used for performances, conferences and community events.

According to planning documents, the lobbies of Morsani Hall and Ferguson Hall are set to be expanded and joined – opening them up to the public.

New terraces would be built, offering Hillsborough River views. A signature restaurant would also be constructed, as well as a café.

In an email to the city, a Straz grant writer called the plan "an important investment" in diverse neighborhoods, cultural vibrancy and in Tampa’s Central Business District.

"As an anchor cultural organization for Florida’s West Coast, The Straz Center helps attract and retain talent, and it contributes to our sense of community," the grant writer added.

Florida, as a whole, has more than 140 Community Redevelopment Areas. Originally created as a way to deal with blight, state law allows local governments to designate areas as CRAs when certain conditions are met. As the city of Tampa explains on its website, examples would include places where substandard structures, crumbling infrastructure or limited affordable housing exists.

Local government-created CRA boards, which have 5-7 members, oversee activities and programs within the designated CRA zones.

Councilman Viera, the sole opposing vote, said the plan does not fit CRA criteria and that funds should be used for other projects, but other members of the board said the economic investment is worth it.

Tampa Mayor Jane Castor declined to comment on the matter Thursday, deferring to council members involved in the actual vote on the subject.

"The project is compliant with all CRA criteria and all of the $25 million in CRA funds support the public facility," the Straz wrote in a statement.

The funding being set aside for the Straz will be matched by a private campaign run by the center. The city finances will be allocated over a five-year span that begins in 2022.

Lisi said the Straz Center's overhaul will create jobs and increase its reach.

“We’ll have a brand new campus, open for all in our neighborhood to walk, bike, skate or boat up to any time and be inspired by our Riverwalk, living shoreline, outdoor stages and terraces, and of course, entertainment from artists sharing stories, cultures and traditions from all around. This will be the community’s living room where all are welcome – with or without a ticket -- and where all in our community will see themselves reflected," Lisi wrote.

The Straz Center, which opened in 1987, is owned by the city and managed by the not-for-profit Tampa Bay Performing Arts Center, Inc.

"This plan is totally aligned with the City of Tampa’s vision for the future including Transforming Tampa’s Tomorrow (T3) and Resilient Tampa," a Straz spokesperson wrote in a news release.