The suspect was fleeing from a deputy when he lost control of the vehicle. 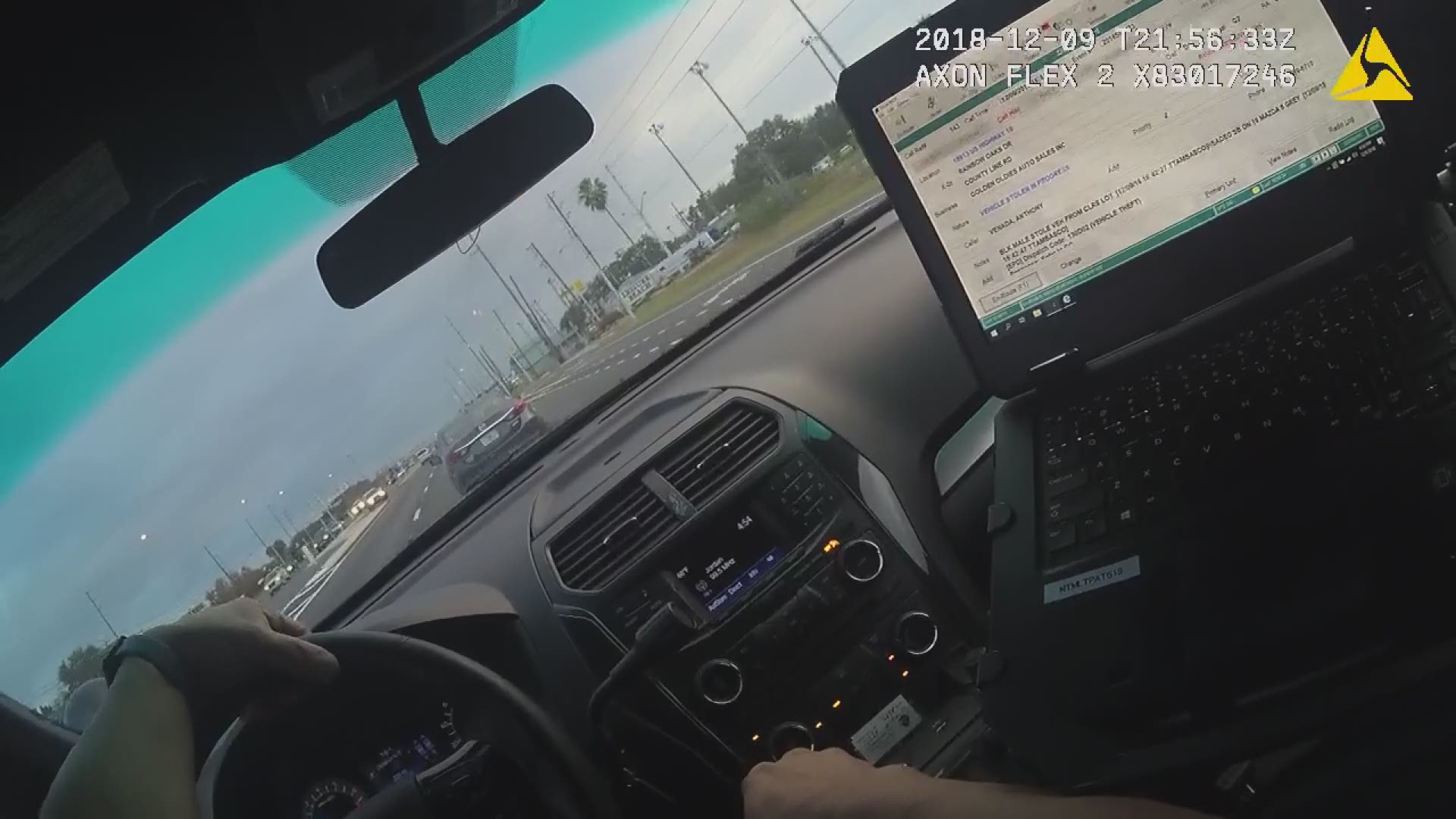 A 14-year-old boy was arrested after stealing a car from a Hudson sales lot and crashing it, Pasco County sheriff's deputies said.

According to an affidavit, on Sunday evening, the suspect, whose name we are withholding because of his age, went to the sales office of Golden Oldies Auto Sales and took the keys to a 2015 Mazda 6. He backed the car through a metal rope and drove away, investigators said.

A deputy started following the vehicle on U.S. Highway 19 and tried to get him to pull over. Instead, the suspect sped away, swerving to avoid stop sticks and other vehicles. The driver eventually lost control and crashed in the 12200 block of U.S. 19.

The suspect tried to run away but was caught after a short chase.