A person posted on social media the horrifying moment a joyride turned into tragedy. 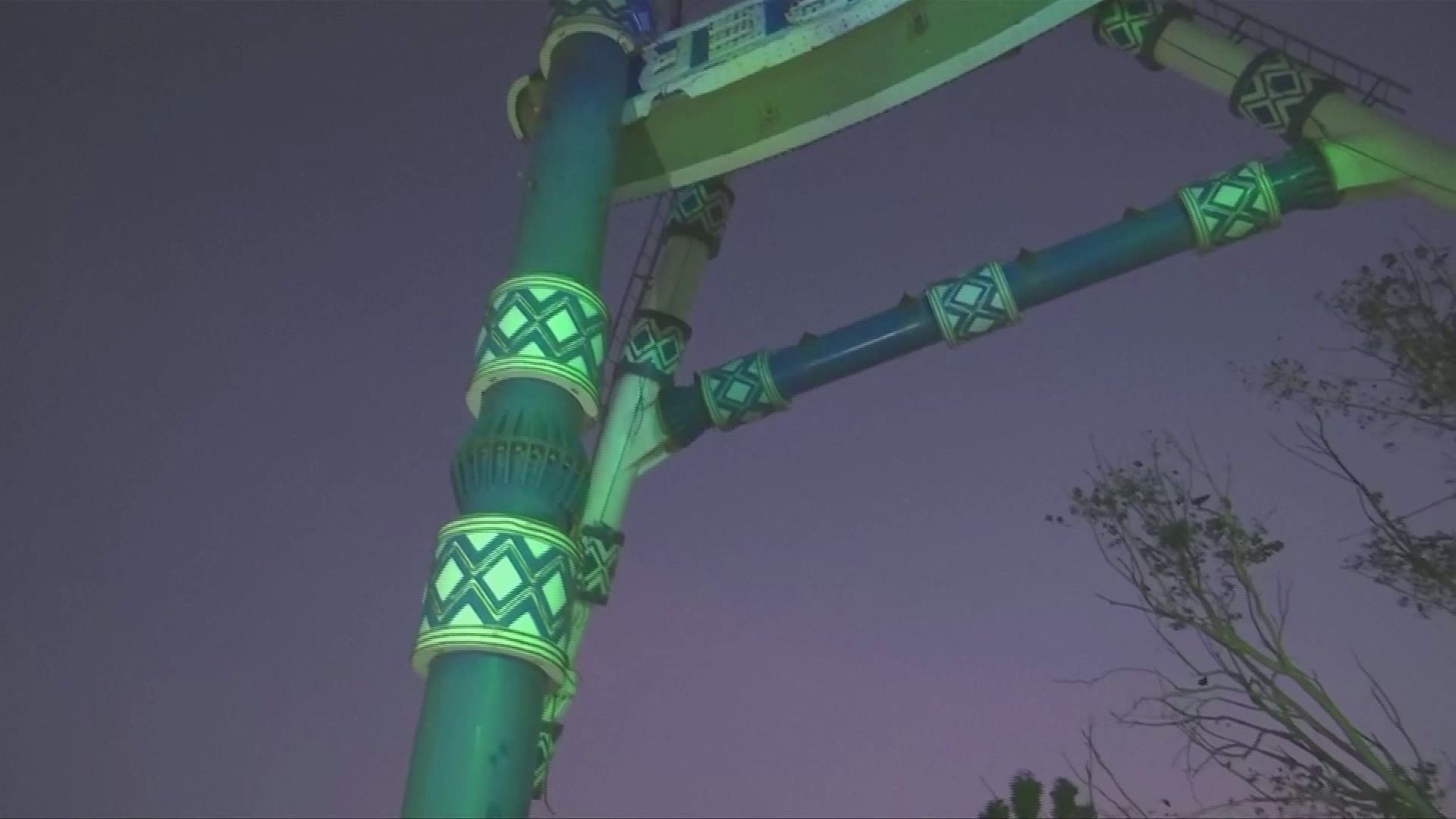 AHMEDABAD, Gujarat — A video captured the horrifying moment a pendulum type of ride suddenly broke in half mid-air over the weekend, killing two people and injuring dozens.

CBS News reports the incident happened at an India amusement park on a popular ride.

The municipal commissioner tweeted that a criminal investigation is being done to determine what caused the accident.

Six people, including the managing director of the company of the park, are currently facing culpable homicide charges which could amount to murder.

The video posted on social media shows the "Discovery" circular pendulum ride at the Kankaria Amusement Park operating as it normally does before it suddenly snaps in half and falls to the ground. Two people died and 29 people were injured.

According to the chief fire officer of the area, the accident happened after the pipe of the main shaft of the ride broke, causing the ride to snap in half and crash to the ground.

The accident is still under investigation.