Her son's teenage friend vowed to help her pay for cancer-related medical bills by running all summer long. He raised over $26,000. 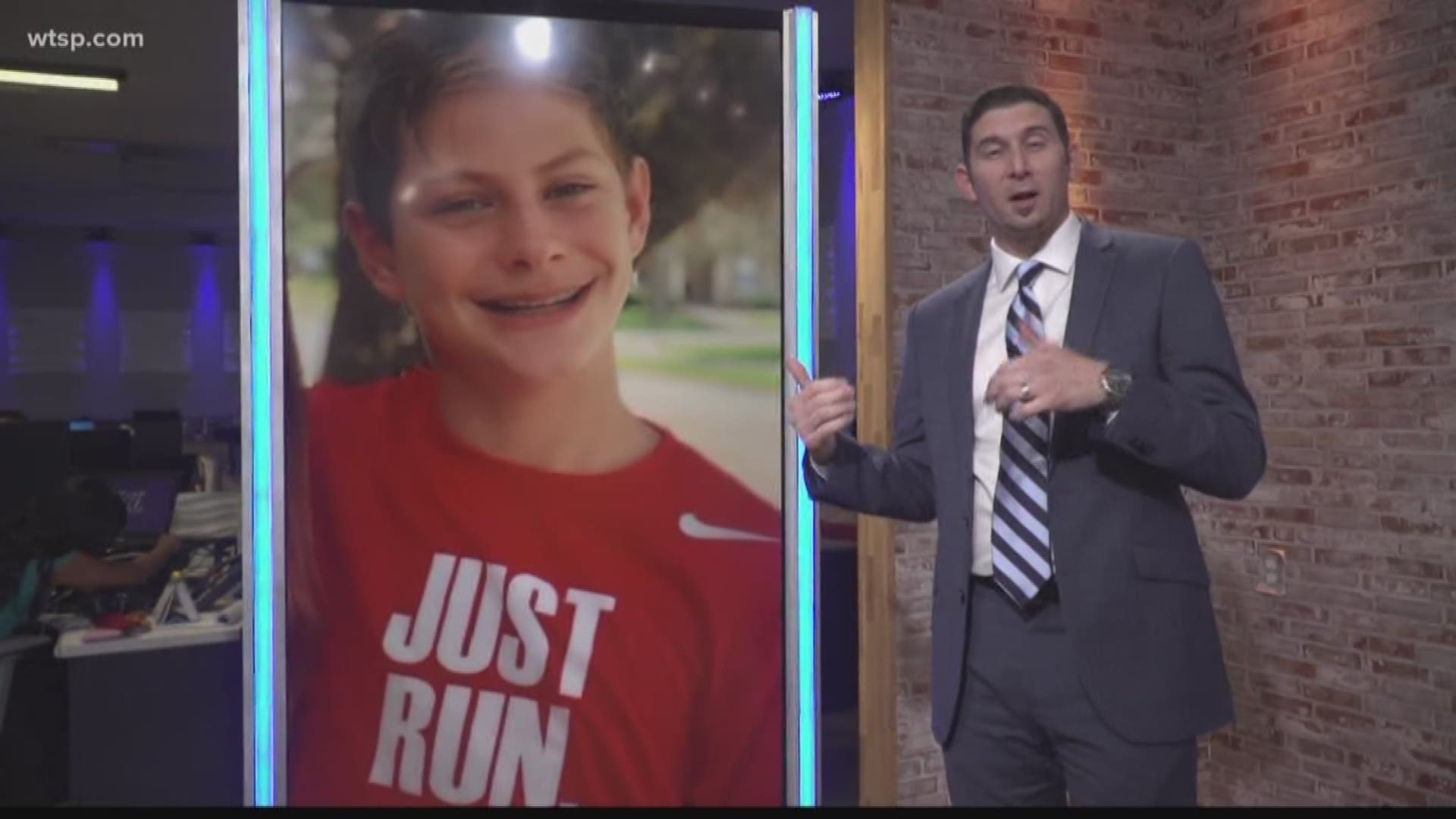 OVIEDO, Fla. — My segment is called ‘On The Road’. Naturally, that means I spend a lot of time in the car. I drive anywhere from ten minutes to two hours for interviews for the stories we air on 10News each night.

My furthest trip in 2019 was to Oviedo, outside Orlando, to meet two very special people.

Amanda Raffenaud was in bad shape. Her metastatic breast cancer was Stage 4.

She was a single mom. Her doctors weren’t overly optimistic. She was falling behind on bills.

Her faith and friends were pivotal in helping her hold life together.

Her son Luke’s friend, Campbell Hendrix took notice. At 13, he wanted to help.

The problem for the teenager was he just didn’t know how. Then it hit him – running. Campbell decided he would spend his summer vacation running 200 miles and would take online pledges for each mile.

In his mind, it was the best way to raise money quickly to help offset his friend’s mom’s medical bills.

She cried when she heard the news. She cried again when I asked her about the loving gesture.

“We’ve always known Campbell as a sweet, generous, joyful kid and he’s always been a bright spot in our lives,” she said through tears. “The way God has knit us together is no surprise.”

The two families met at church and encouraged each other through the diagnosis. Campbell’s story aired on 10News and spread around the nation. At the time of the interview in July, Campbell had raised around $12,000 in pledges. He instantly saw a boost in donations – some from as far away as St. Louis.

She vowed to run a mile with Campbell when she was feeling better and on August 14, made good on that promise. The community came out to watch and cheer them on.