There were multiple injuries following a crash involving a Sarasota County school bus and a second vehicle Tuesday morning in Sarasota. 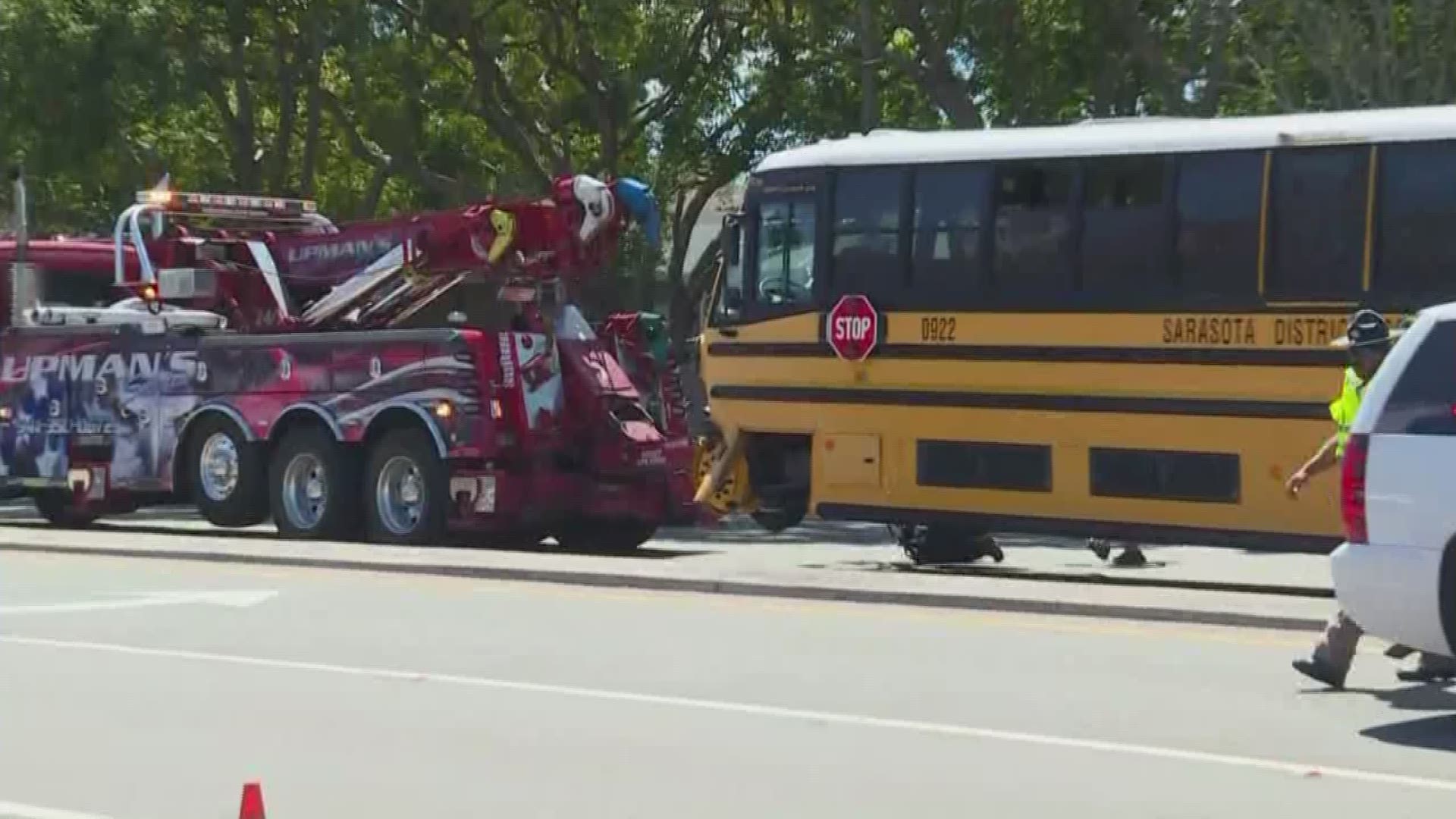 SARASOTA, Fla. -- There were multiple injuries following a crash involving a Sarasota County school bus and a second vehicle Tuesday morning in Sarasota.

According to the Florida Highway Patrol, the bus was carrying 12 students, an aide and the driver when it was heading eastbound on Proctor Road approaching Gantt Road around 9:15 a.m.

A second vehicle attempting to turn left onto Gantt traveled into the oncoming path of the bus. The front of the car crashed into the front right side of the bus, which sent the bus into a traffic signal pole.

WWSB says Michael Rans, 69, of Mishawaka, Ind., was cited for making a left turn in front of oncoming traffic. 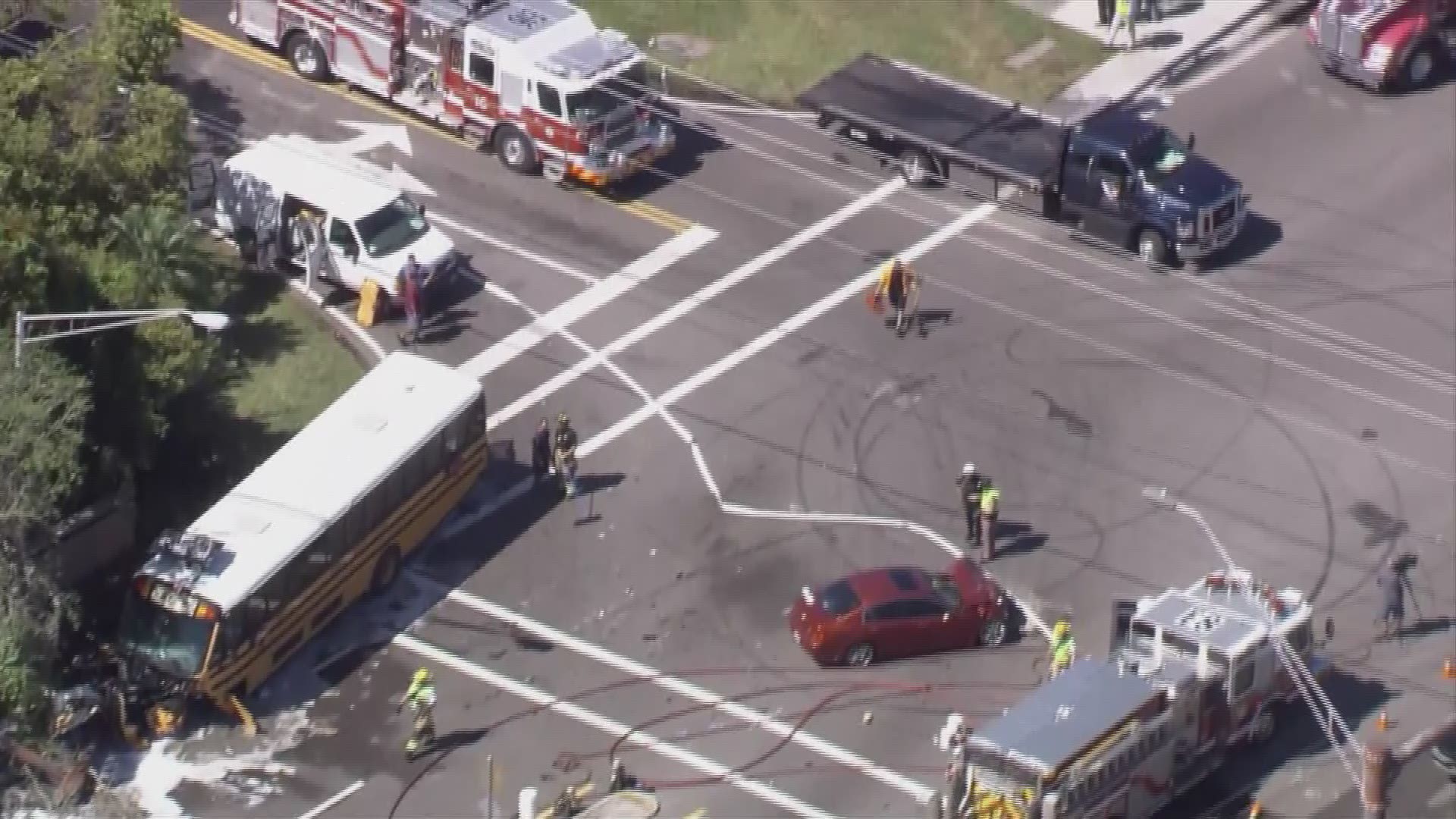 According to 10News reporter Isabel Mascarenas, the students aboard the bus were from Oak Park School, which is a school for special needs students.

In a press conference Tuesday morning, a Sarasota County School spokesperson said that 16 people were injured. 11 of them were transported to Sarasota Memorial Hospital.

Seven students were reported to have non-life threatening injuries. One student was taken to Johns Hopkins All Children's Hospital and is reportedly in stable condition.

The four other victims were adults who have non-life threatening injuries. Two of the adults were the driver and aide on the school bus. The other adults were in the second vehicle.

The intersection has re-opened and should be treated as a four-way stop until the pole and traffic light are replaced, the sheriff's office said. Delays in the area are expected to be up to 15 minutes.

Stay with 10News for more from this developing story.

1 / 6
<p>A crash between a Sarasota County school bus and a second vehicle resulted in multiple injuries.</p>