At almost 90 years old, he moves slowly, but his quick thinking while a man held a gun to his hip might've saved his life. 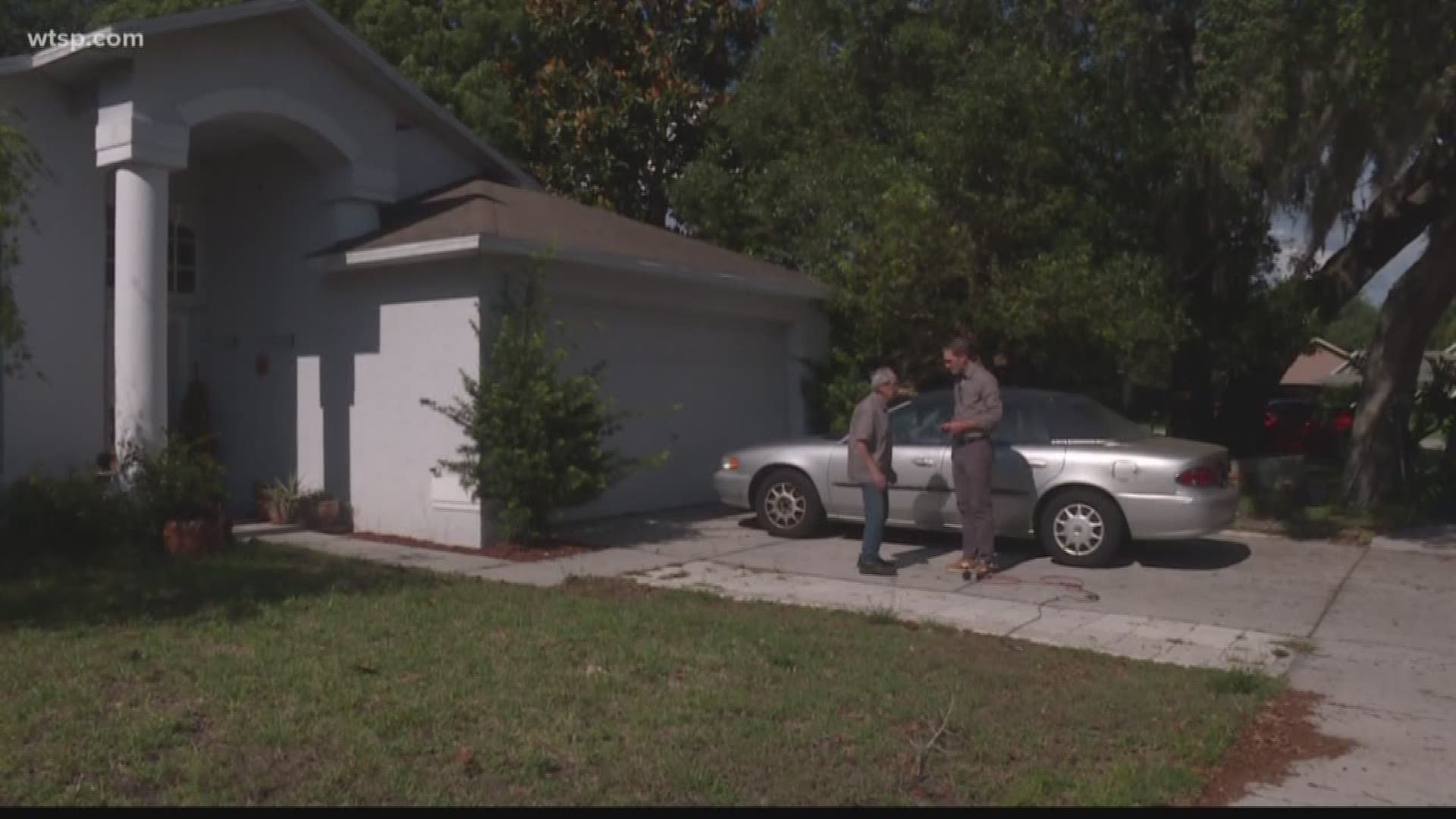 HUDSON, Fla. — An 88-year-old man from Pasco County was carjacked at gunpoint, and he barely even flinched.

“I was sitting here when he put the gun in here,” he explained while sitting in his car and pointing to his side.

With a gun against his hip in a Bealls parking lot, Rodriguez said the man demanded his wallet.

“I pretended that I didn't understand what he was saying,” Rodriguez said. “I said, 'What? what?'”

The man didn't like that. Rodriguez said the man then took his keys and his car.

“He pushed me,” he explained. “I fell to the ground, and he drove away.”

Detectives found his car not far from the scene of the crime, but they're still looking for the guy who did this to him.

Rodriguez’s car is back and he's only slightly bruised, so Rodriguez got the last laugh. Still, deputies need help finding the carjacker. They say his name is Allen, a.k.a. "Killa."

“You have to pay for what you did,” Rodriguez said.

Deputies said the man they’re looking for is a light-skinned black man in his 40s or 50s, about 5’6” and 160 pounds. He had on all black clothes and sunglasses at the time of the crime.