Ray Ulvi's initials were carved in the puck. 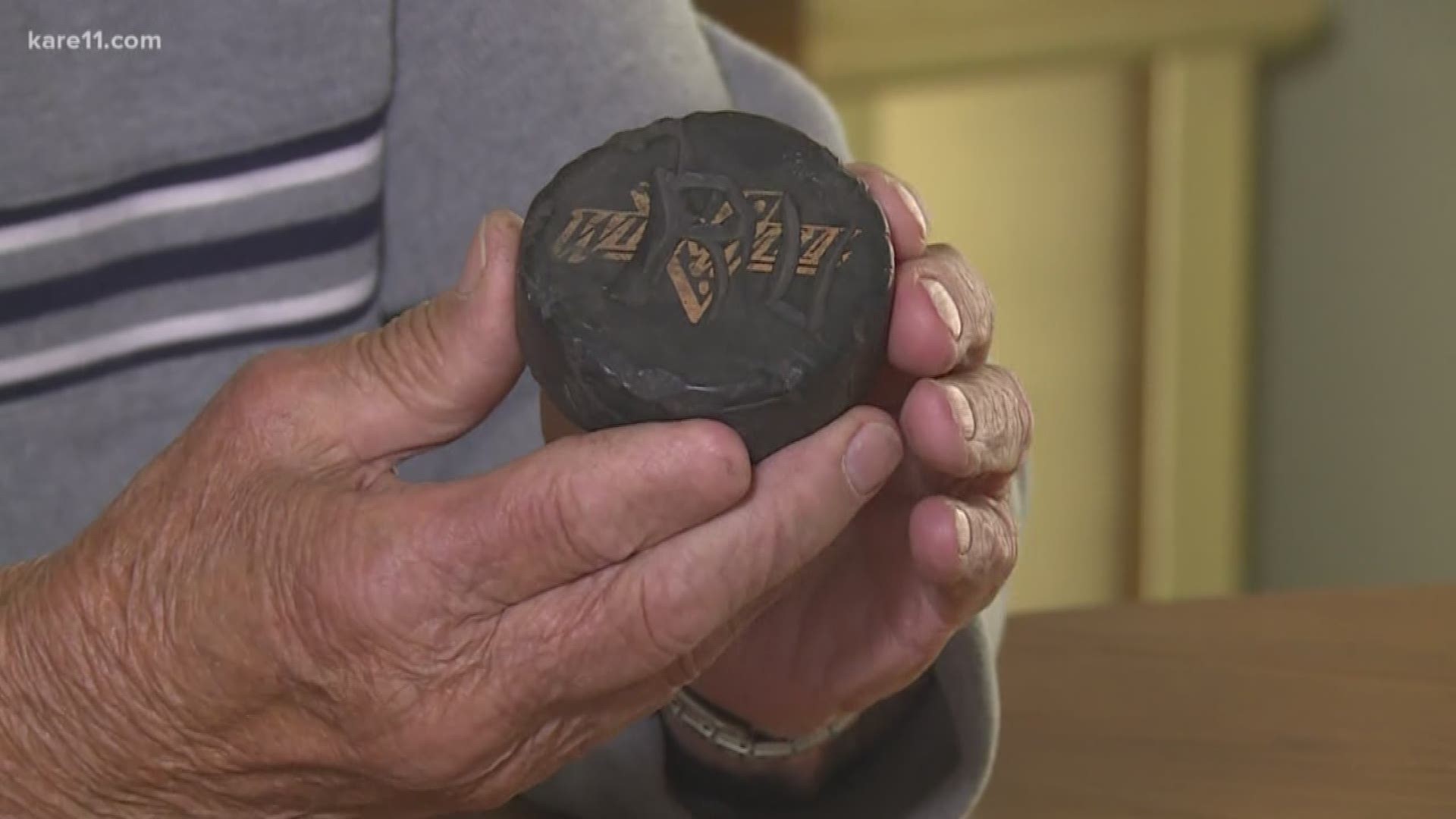 DULUTH, Minn. — A walk in the wood has taken a Duluth man back seven decades.

“Not what I expected,” Ray Ulvi says. “I was shell-shocked right there.”

The 88-year-old maker of diamond willow canes was searching a woods near his home for the perfect branch when he found instead a piece of his past.

“I seen that round thing in the mud there and I thought it was a snuff can,” Ray says.

“I picked it up and it was a puck with my initials on it.”

An “RU” had been jackknife-carved with a left-handed cut on both sides of the puck by a young left-handed teenager.

“That’s how I made my “U” all those years in school even,” Ray say.

“I was flabbergasted,” Ray continued. “How could something like that be sitting right there and I walked up and just about stepped on it after 70 some odd years?  It’s unbelievable.”

Ray couldn’t wait to get home to show his puck to his wife Sonja.

“I couldn’t share it with any of his buddies, cuz they’re all dead,” Sonja says. “I must have went to 10 houses, so excited about this puck - carrying it with me in a napkin so I wouldn’t do any damage.”

The name of the puck’s manufacturer can still be read.

“It’s made by Winnwell corporation, they’re located in California,” Ray says. “Still in business, I got an email that said our products last a lifetime. And there’s their proof, they said.”

Ray isn’t sure how his puck ended up in the woods. The neighborhood rink was a block away and his slapshot wasn’t that good.

He does know it was special to him.

“My dad wouldn’t pay a quarter for a puck back in them days, you had one that followed you and it lasted all winter,” Ray says.

Special then – even more so now.