The Rehabilitation Center at Hollywood Hills has laid off 245 workers after 14 patients died after Hurricane Irma. 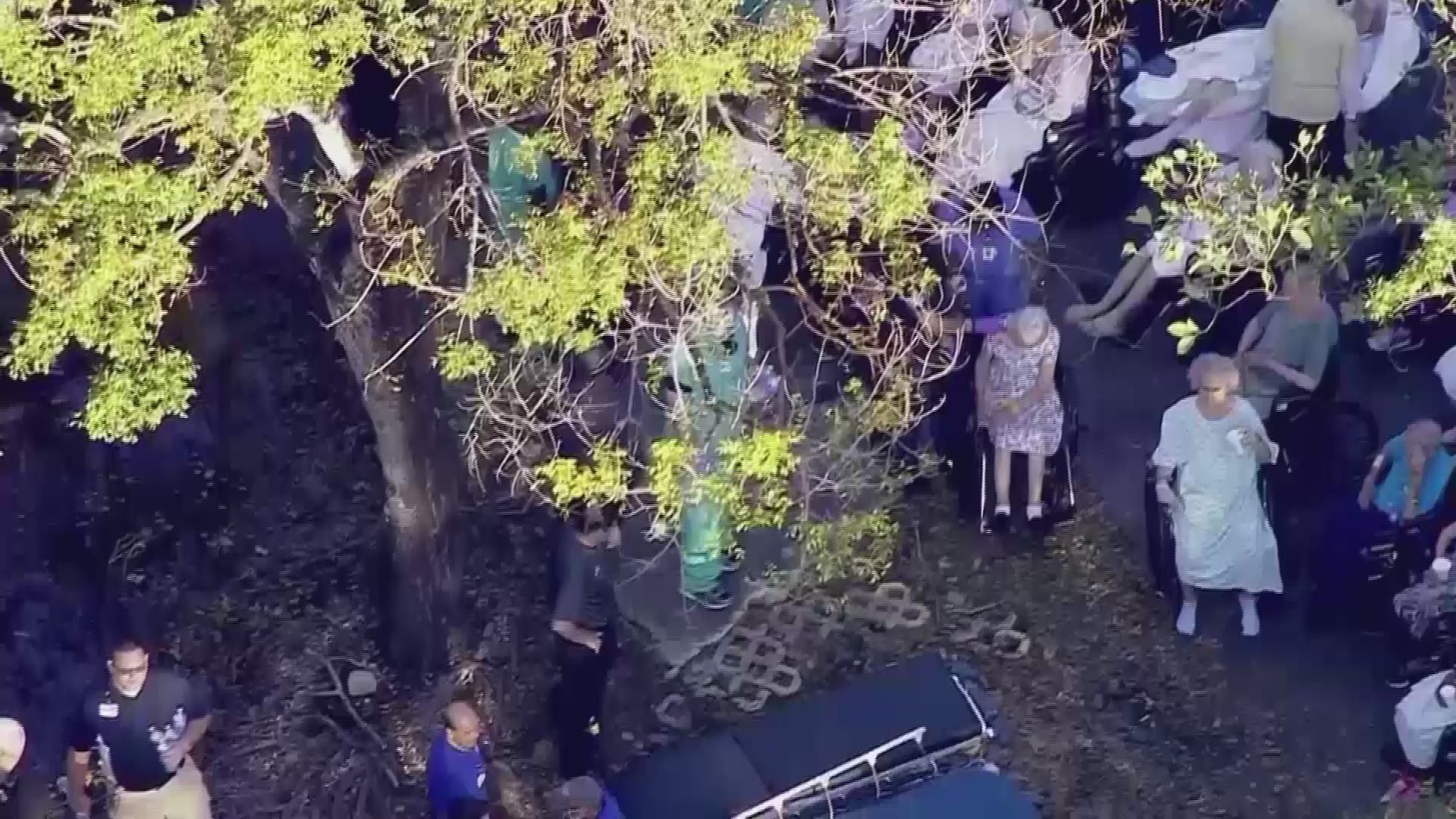 HOLLYWOOD – The city of Hollywood on Monday released nine 911 calls made in the days after the Rehabilitation Center at Hollywood Hills lost air conditioning where 14 people suffered and eventually died.

The 911 calls made by employees at the facility began the day after Hurricane Irma — Monday, Sept. 11 at 6 a.m. Another call came in on Tuesday. And by Wednesday the situation was in crisis mode. On that day, employees made six calls to 911 for patients in severe medical distress, including three calls in just 18 minutes.

Patients were suffering in the heat.

“I’m having respiratory problems with her,” a Hollywood Hills employee told 911 on Monday, Sept. 11.

“He had a fever, um, we started, you know, like, ordering tests for him and stuff but he’s getting short of breathe now,” another employee told emergency dispatchers.

By Wednesday a crisis was unfolding at the facility. Employees from Hollywood Hills made 6 calls to 911 within three and a half hours that morning about struggling patients.

“We don’t have any air condition, so I saw her slouch over,” an employee told 911. “I realized that she’s not breathing, so I check her. She’s just barely breathing and her fingers are…and around her mouth is slightly (unintelligible) and her fingers are starting to change color, you know, slightly blue.”

911 DISPATCHER: “What’s wrong with the patient?”

EMPLOYEE: “She’s not breathing! She’s on oxygen at this moment.”

People were dying. Cellphone video taken by a family member of patients at Hollywood Hills in the days after Hurricane Irma gives a glimpse of the conditions inside. Fans were set up and windows were opened to try and let air in. A patient sat slumped over and naked, apparently in an attempt to stay cool. In the sweltering heat, some patient’s temperatures climbed to nearly 110 degrees.

“We got a request from Larkin Community Hospital Behavioral Health Services in Hollywood,” said a man who identified himself on the call as Cliff Friedman. “They’re saying that they have, um, they’re having issues with patients and there may be casualties. They’re requesting ambulance assistance.”

It appears that the company itself reached out to emergency management officials and it might have been the second time they’re done so.

“The call that came in was a little daunting and we got a call from them yesterday that we routed and it looks like nothing or it looks like they need more assistance,” Friedman said.

The son of one of the victims told CBS ’s Carey Codd that what he hears in the calls is disorganization and a lack of professionalism among the staff who didn’t know some basic information about the facility. Beyond that, he wonders why no one who called 911 sounded the alarm that there was a much bigger problem at the facility — patients suffering and dying in the sweltering heat. He wonders if there was some protocol at the facility that prevented them from speaking up.