Students and faculty at Claremore High School attended the ceremony 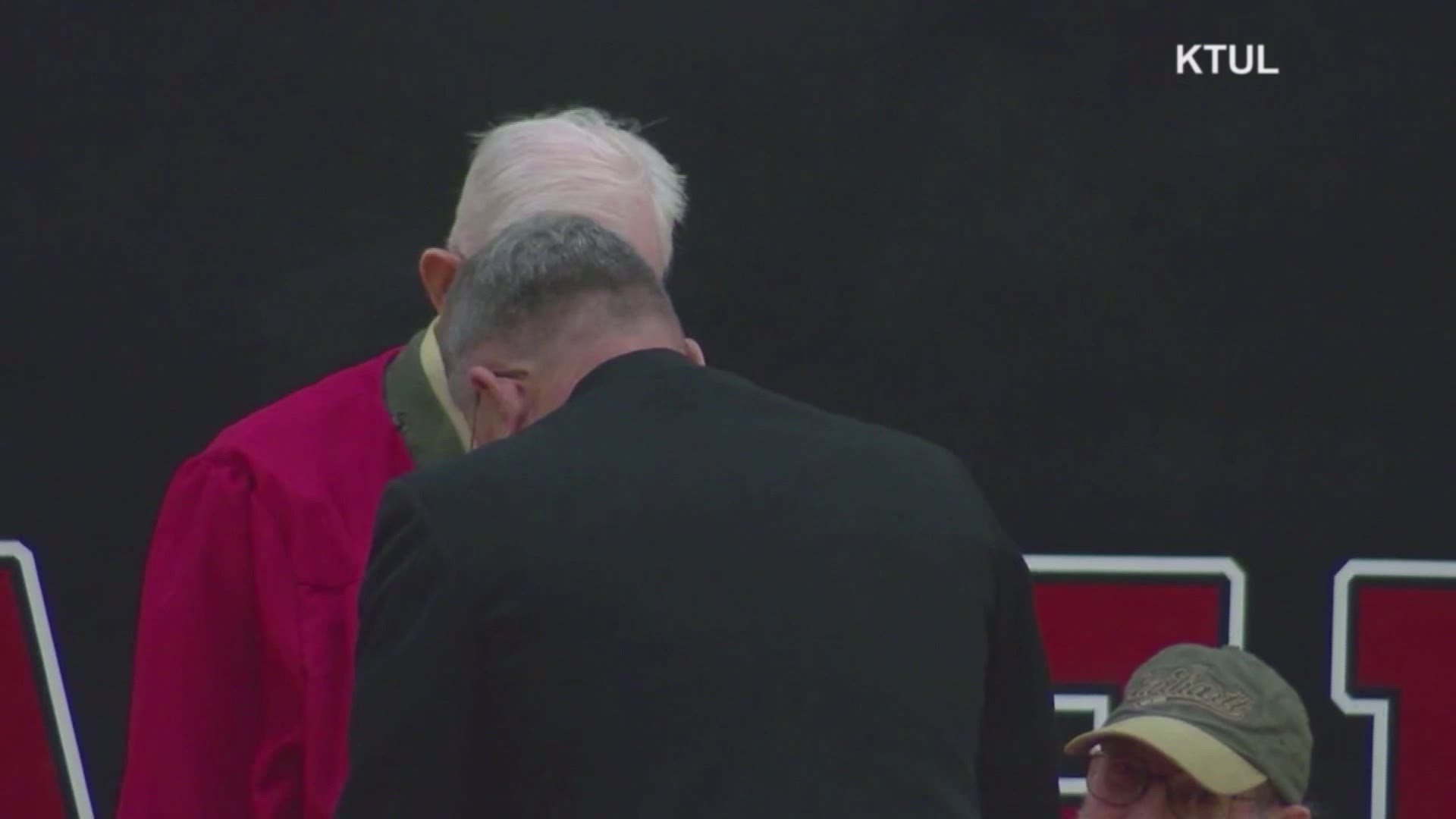 A ceremony was held last Thursday at Claremore High School in Oklahoma.

Shaw was born and raised around Chelsea, Oklahoma, and attended a school that now sits at the bottom of a lake. He told a reporter for the Claremore Daily Progress that school wasn’t his thing and he dropped out after being drafted by the U.S. Marines.

Shaw served in the battles of Tinian, Saipan and Iwo Jima.

When he returned home, he married a woman by the name of Alice. They were together for 65 years before she passed away in 2012.

"I've lived a dull life, worked hard, had a wonderful marriage of 65 years," Shaw told the Claremore Daily Progress. "My advice is to keep clawing, keep digging, get that education."