It makes performing an abortion a felony in nearly all cases. 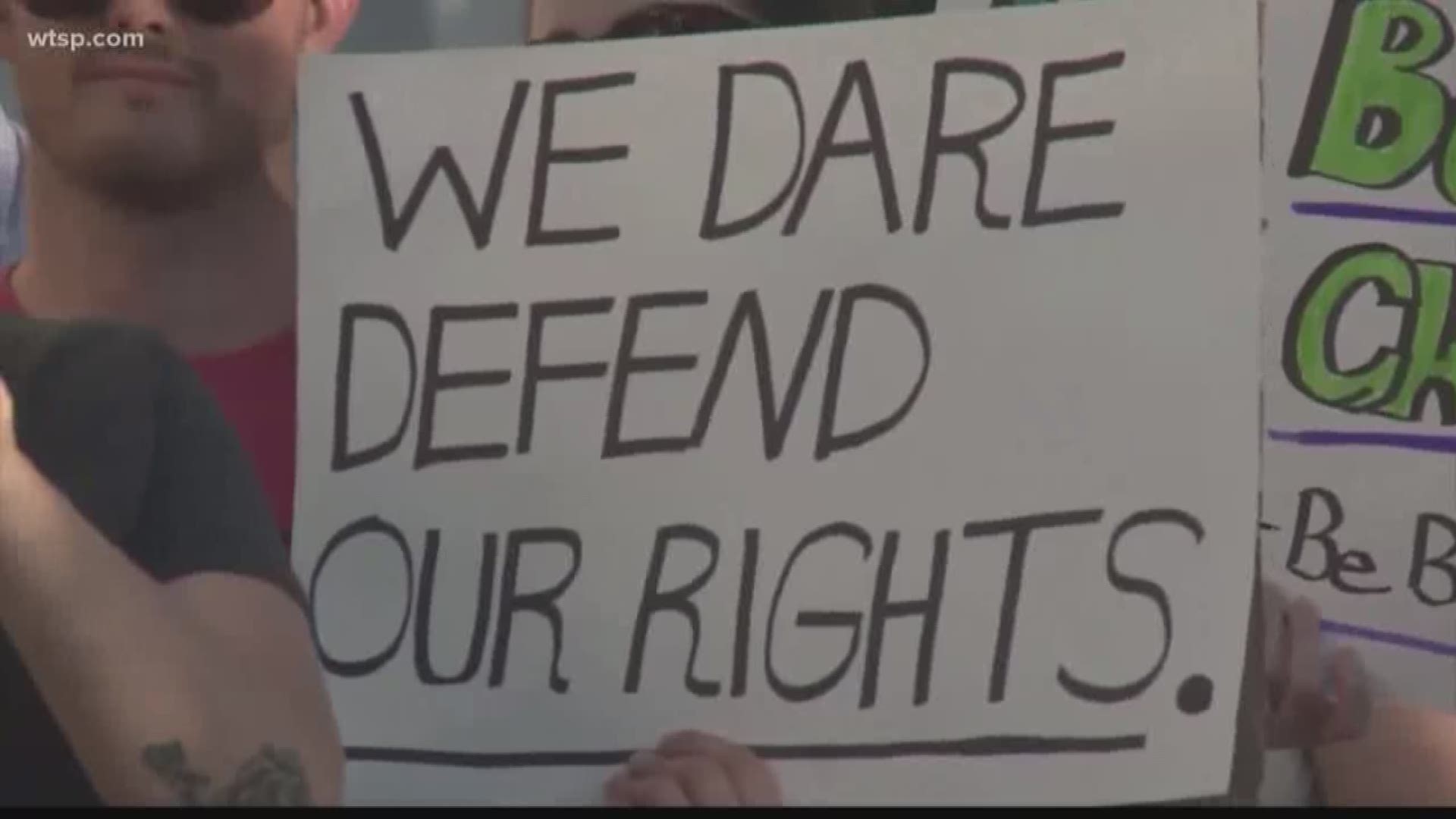 MONTGOMERY, Ala. (AP) — Alabama's governor has signed the nation's strictest abortion ban, which makes performing an abortion a felony in nearly all cases.

Alabama lawmakers' vote to outlaw almost all abortions in the state has ignited legal and political battles as conservatives aim to challenge the Supreme Court's 1973 decision that legalized abortion nationwide.

The law makes performing an abortion at any stage of pregnancy, with almost no exceptions, a felony. Even supporters anticipate that courts will block the legislation from taking effect as abortion opponents play a long-game legal strategy to try to give states control over abortion access.

On Wednesday morning, abortion rights advocates urged Alabama Gov. Kay Ivey to reject the bill and vowed swift legal action if it is enacted -- which it has since been.

In Alabama and other conservative states, anti-abortion politicians and activists emboldened by the addition of conservative justices to the U.S. Supreme Court hope to ignite legal fights and eventually overturn the landmark Roe v. Wade decision, putting an end to the constitutional right to abortion.

Democrats criticized the law as a mixture of political grandstanding and a waste of taxpayer dollars. Although the bill's sponsor was a woman, they noted that the Senate Republican majority that approved the bill consists entirely of men.

Related: Alabama Senate votes to ban nearly all abortions with no exceptions for rape or incest

Kentucky, Mississippi, Ohio and Georgia recently have approved bans on abortion once a fetal heartbeat is detected, which can occur in about the sixth week of pregnancy. The Alabama law goes further by basically banning abortion outright.

The measure makes performing an abortion a felony punishable by 10 to 99 years or life in prison for the abortion provider. The only exception would be when the woman's health is at serious risk. Under the law, women seeking or undergoing abortions won't be punished.

Alabama senators rejected an attempt to add an exception for rape and incest. The amendment was voted down 21-11, with four Republicans joining Democrats in seeking the amendment.

Supporters had argued that exceptions would weaken their hope of creating a vehicle to challenge Roe v. Wade. Bill sponsor Collins said the legislation isn't meant to be a long-term measure— just a means to challenge Roe — and lawmakers could add a rape exception if states regain control of abortion access.

"It's to address the issue that Roe. v. Wade was decided on: Is that baby in the womb a person?" Collins said.

Democrats opposed to the law said the measure is too extreme even in a conservative-leaning state like Alabama and said they hope their GOP counterparts feel the "wrath" of women at the ballot box.

During debate, Singleton pointed out and named rape victims watching from the Senate viewing gallery. He said that under the ban, doctors who perform abortions could serve more prison time than the women's rapists.