An explosion was reported Monday morning at the BB&T Bank at 3209 Tampa Road in Oldsmar. 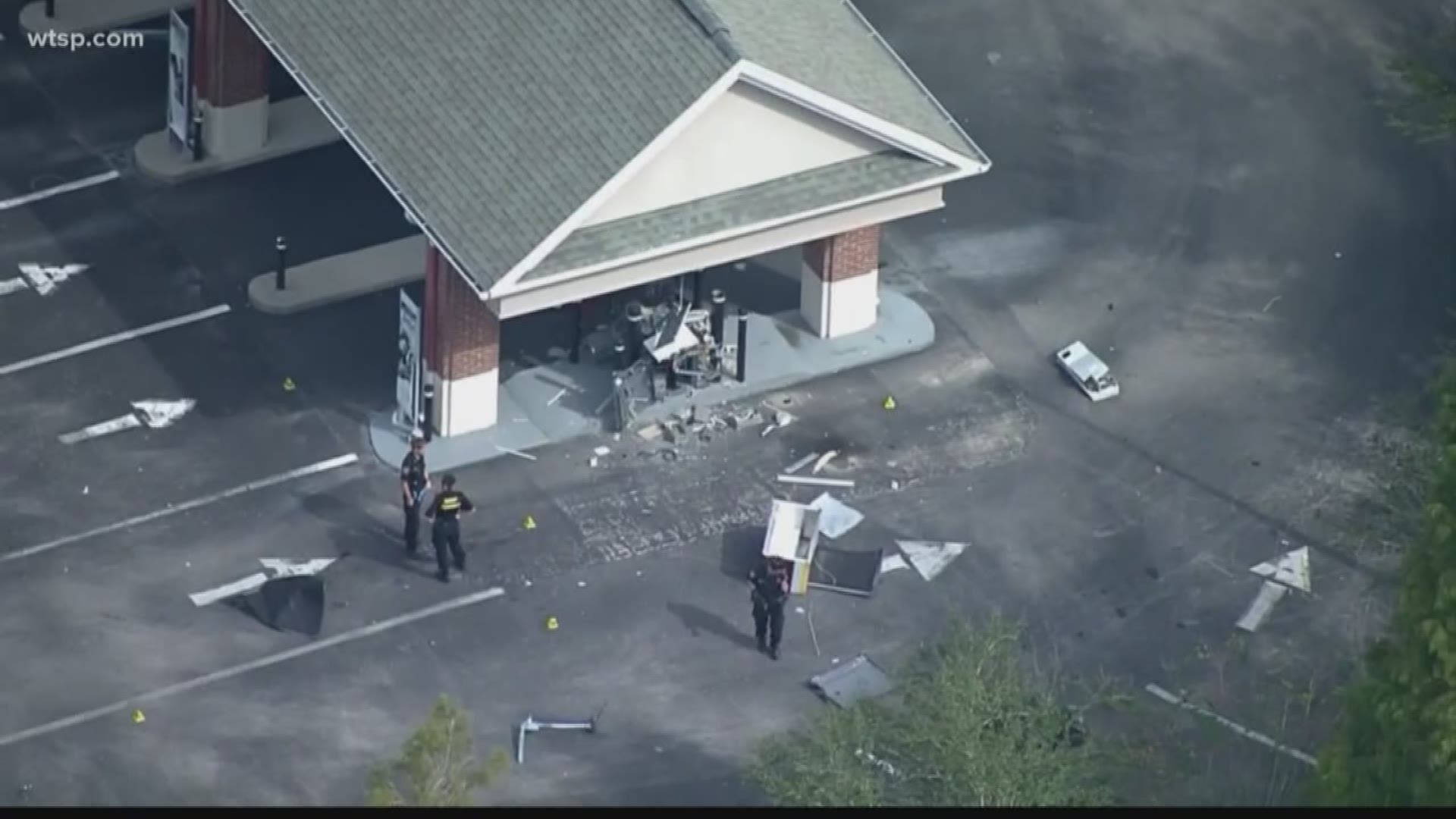 The FBI and ATF are working with the Pinellas County Sheriff's Office to figure out what caused the explosion. Forensic investigators spent most of the day Monday, gathering evidence at the scene, which is very large. Authorities are asking people to stay away from the area.

A view from Sky10 showed pieces of the ATM scattered across the parking lot.

“Just sounded like a thud. Like a concussion thud, like a car hitting a wall or something. It was definitely weird,” said Jeri Beverland, who lives about 400 yards from the bank.

Page said it took him a while to process everything he was seeing when he showed up to work Monday morning at the florist.

“That’s not something somebody bumped into it overnight. That was intentional," Page said. “Obviously that’s a sophisticated action. This is not just some drunk in the middle of the night."