The completed portion of the current beach renourishment project on Lido Beach greatly reduced the amount of water from the Gulf of Mexico breaching the shoreline. 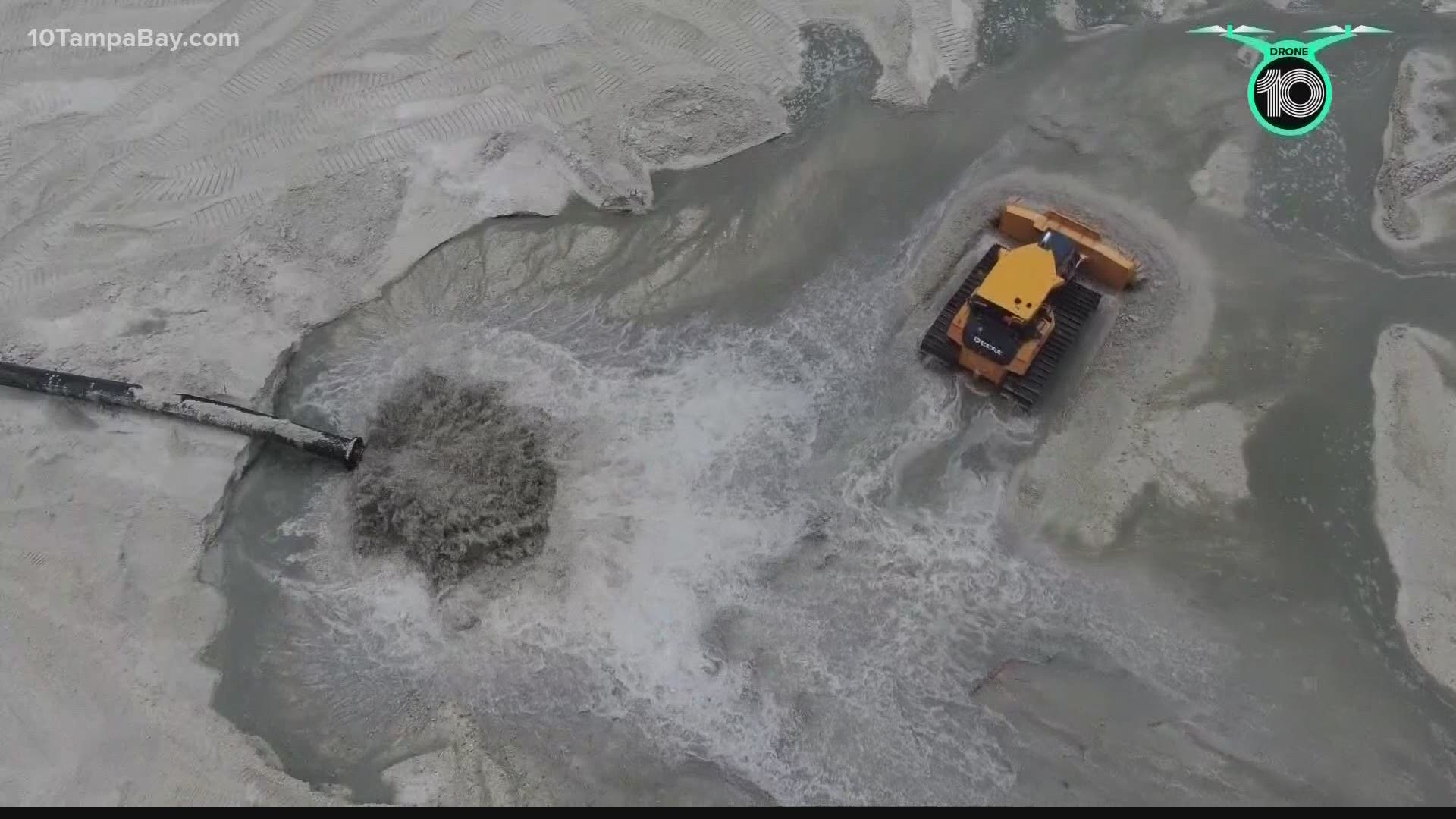 “The primary purpose of our beaches is for coastal protection,” said Charlie Hunsicker, Manatee County’s director of parks and natural resources.

“Without the beach, we’d be looking at gulf facing roads, utilities, water, sewer, electric and ultimately homes that would absorb the brunt of the storm and be washed away,” Hunsicker said.

Hunsicker says although we lost a significant amount of sand, he’s pleased that the erosional losses we saw were a measured benefit of having the beach in place.

“We fully expected the beach to respond the way it did,” Hunsicker said. “It’s the breaking waves that do the most damage.”

“When high tide rolls up over the top of the beach, it moves sand around; but it doesn’t drag it out like grabbing hold of a bedsheet and pulling it off the bed, so actually high tide and flooding on the beach is a good thing,” Hunsicker said.

The county has been asked to assess damages and the volume of sand loss.

“If again there is a congressional add to the budget to address damages from this hurricane Eta, our beaches will be eligible for the Corps to return with a new contractor and put that sand back on the beach,” he said.

Hunsicker says that doesn’t happen very often, but we did get relief back when Hurricane Sandy hit.

“And if you remember Hurricane Isaac, that is why the Corps is here now,” Hunsicker said. “To return the whole beach profile back to its starting elevation and width that was there before the storm.”

The City of Sarasota says its completed portion of the current beach renourishment project on Lido Beach greatly reduced the amount of water from the Gulf of Mexico breaching the shoreline.

“While we did have waves overtopping the dune, it was much less than would have happened if we hadn’t done any sand there,” Sarasota City Engineer Alexandrea DavisShaw said. “I think there would’ve been much more inundation prior to having the sand placed along Lido Beach.”

The gulf breached a 15-foot area of the shore along Ben Franklin Drive, but DavishShaw says it could have been a lot worse.

“We had put a couple feet of sand on there; so if that sand wasn’t there, the waves would’ve just inundated Ben Franklin Drive and I think would have impacted many many more structures then were impacted as it is now,” DavisShaw said.

Ultimately, the sand did its job to protect the shoreline.

The Army Corps will do a survey soon, along with the city conducting a high-level assessment to find out how much sand is there now and how much we need to put back.